The erudite decision has reiterated the constitutional framework and prescribes the “no go” areas where the exercise of power is unconstitutional and liable to be declared wholly or partially invalid. 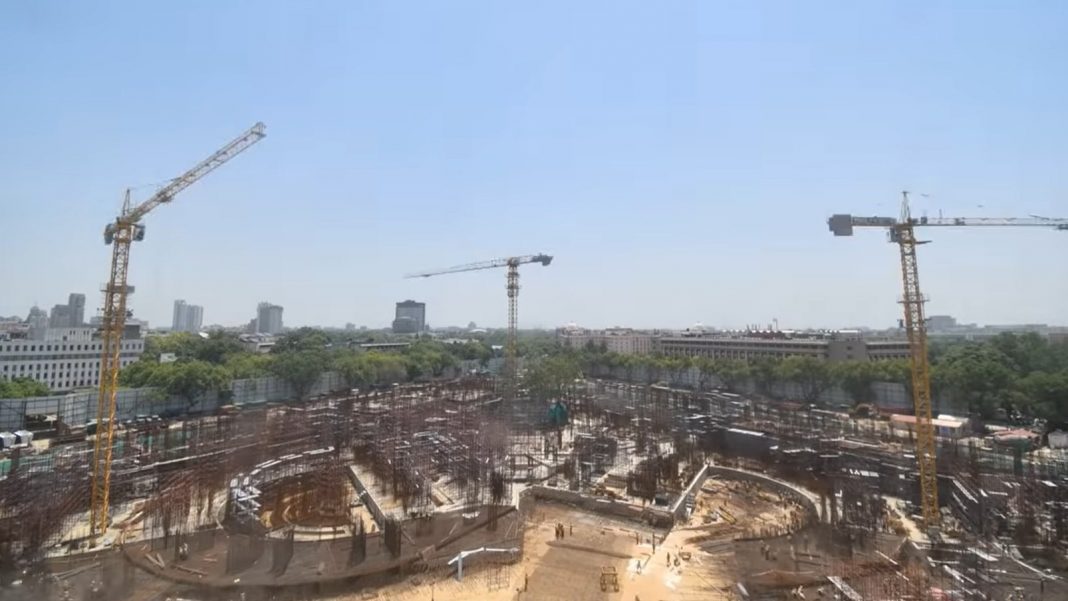 In the din and dust of partisan political controversy over the project, the normative significance of the Supreme Court of India (SCI) decision in the Central Vista case (CVC)1 has been almost totally ignored in political, public and media discourse. Yet, this landmark decision is significant for its basic reiteration of the constitutional framework, which alone places certain restraints on the competition for political power. It is developed by the Justices, but the Constitution is not, contrary to propaganda’s mythical “truths” what they fancy it is! Rather, what they say is shaped by long judicial traditions of discipline and modes of reasoning unique to the law.

When King James I, in effect, asked the Justices to follow the monarchical reason, Lord Justice Cooke (in 1607) responded with the famous observation: “True it was, that God had endowed His Majesty with excellent science, and great endowments of nature; but His Majesty was not learned in the laws of his realm of England, and causes which concern the life, or inheritance, or goods, or fortunes of his subjects, are not to be decided by natural reason but by the artificial reason and judgment of law, which law is an act which requires long study and experience, before that a man can attain to the cognizance of it.”

Thus stressed was the importance of “long study and experience” and ways of reasoning within an institutional culture shaped by the collective wisdom of past precedents and by basic juridical precepts and established principles. Political reason is not as dialogical and nonpartisan as judicial reason, and its constitutional elaboration is unusually distinctive. It is the judicial duty to prescribe the “no go” areas—limits outside which the exercise of power is unconstitutional and liable to be declared wholly or partially invalid.

We here engage some jurisprudential takeaways of the CVC. The most salient is what Professor HLA Hart (totally unconcerned with Indian constitutional law developments) termed the “internal point of view”. In what matters may the SC intervene? Recalling RK Garg2, the SC observed: “The Court may interfere only when the case involves infringement of fundamental rights guaranteed by the Constitution or any other statutory right.”

It is salutary to recall that “the Courts have only the power to destroy, not to reconstruct. When these are added to the complexity of economic regulation, the uncertainty, the liability to error, the bewildering conflict of the experts, and the number of times the Judges have been overruled by events—self limitation can be seen to be the path of judicial wisdom and institutional prestige and stability” [Para 151, emphasis added].

The CVC decision extends the “path of judicial wisdom”. The SC (as per Justices AM Khanwilkar and Dinesh Maheshwari, with Justice Sanjiv Khanna, partly dissenting)3 held  that where  “decisions are taken in tune with a duly enacted statutory scheme, it is not open to a Court of law to disregard the same on the specious reasoning that the governing statutory scheme is deficient for the nature of or significance of the project. Even if a Court finds it debatable, that can be no ground for the Court to quash an action taken strictly in accord with the prescribed procedure”(emphasis added).

A second interesting aspect of the CVC is the enunciation of the concept of “democratic rule of law”. The SC is categorically clear that there is “no conflict between the concept of democratic due process, as envisaged by the petitioners and constitutional due process, as exposited by us” [Para. 158]. The latter prevails in India, as a “process which is due under the constitutional scheme… a principled judicial review”. This process is one “wherein check” is maintainable without tilting the “balance” for “all organs of the state are constitutionally committed to and beholden by the common goal of giving effect to processes and procedure established by law, ideals, expectations, rights and duties due under the Constitution and no deviation can be permitted therefrom”[Ibid.]

What may be meant by this Delphic-looking oracle? We get some clues  when we closely listen to judicial wisdom insisting that “Rule of Law” must be rule of “good law within the realm of the Constitution”. That good law is described earlier in CVC as the exercise of power not vitiated by “a non-consideration or non-application of mind to relevant factor if a power (whether legislative or administrative) is exercised on the basis of facts which do not exist and which are patently erroneous….”4 But at the same time, “good law” does not withdraw by judicial fiat the “task of governance from the democratically elected representatives including the executive thereby creating an illusory bar on the exercise of their power to function freely despite being within the four corners of the law”. [Para.154].

Clearly, the “judicial organ is not meant to impose the citizens” its own version of good governance upon the Government in the name of Rule of Law in exercise of its power of judicial review”[ Para 145]. Yet, at the same time, in the situations of the “absence of law, the court might be in a position to venture into areas of arbitrariness, justness and equity, so as to do complete justice in the cause before it. Such power is well ingrained in Article142” [Para, 157].

A third important aspect of the decision now insists on drawing a fine and firm line between two kinds of executive action: one, which has “a direct bearing on personal liberty of individual” and two which “comprises…ministerial/administrative functions with no direct impact on individual liberties” [Para.142]. Boldly averring 5 that it is a “misnomer to propagate that we have gradually transformed the chosen idea ‘procedure established by law” into once consciously rejected “due process of law”, the SC rules that “it is essential for the petitioners to demonstrate a real and direct impact or restriction on their core fundamental rights due to the impugned executive action to invoke the due process”.

Further, “the whole idea of due process” was never meant to “circumscribe or to question the administrative decisions by applying higher benchmark than the statutory defined/articulated obligations”. Rather, it  was intended to “safeguard personal liberties of individuals by ensuring that the process to be used for taking away such liberty complies with certain standards”. [Para 144]. What may this mean: should a “good law” not be “rational”, non “arbitrary” and beyond the test of basic structure limitations?

The SC does not mean that “administrative action was left unchecked” by the Constitution. Rather, the Constitution provides for a scheme wherein “law” is made subject to all the provisions of Part-III depending on the nature of “action and nature of consequence on the rights” [Para.142]. Constitutional due process can never be, in this sense, different from “democratic” rule of law as Part 111 mandates only rule of “good law” which does not violate its spirit and letter.

But approach may well be contested. We ought to ponder what Chief Justice NV Ramana (in speaking during the Independence Day celebrations organised by the Supreme Court Bar) recently said: “Earlier different laws used to be discussed and elaborated in the Parliament. So, the burden of the courts while interpreting or implementing the law is less. …the legislative part was clear with respect to what they want to tell us. …now we see legislation with lot of gaps, and lot of ambiguity in making laws …” We also ought to recall the anguished solitary dissent of Dr Justice DY Chandrachud who invalidated the Aadhaar legislation (because of the sledgehammer deployment of the  idea of “money bill”).

This astonishingly erudite and versatile decision does weave a constitutional law mosaic in which the dull details of the bench structure seem not to matter—a nine-judge decision of the SC jostles with decisions of lesser number benches, further interspersed with comparative precedents. Only a future judicial discourse may unravel the troubled distinction between “constitutional” and “democratic” rule of law, and the autonomy accorded to framework laws passed by Parliament increasingly often without due, or even without any, scrutiny. The notion of “good law” itself may warrant greater constitutional elaboration, as people come to constitutional courts simply seeking safeguards against the tyranny of legislative majorities and in quest to further democratise democracy.

3 The grounds of dissent are eloquently elaborated by Justice Khanna. These relate to the aspects of “public participation on the” interpretation of the statutory provisions “and the” failure to take prior approval of the Heritage Conservation Committee” [see, Para 3 of the dissent]. Unfortunately, space constraints prevent an analysis of this precious opinion, which bristles with judicial insights on the respective roles of legislation, administration and courts.