China has suddenly come down heavily on its domestic $100 billion edutech industry, having decided to stop all online tutoring. This augurs well for India as there could be FDI inflows into the country. 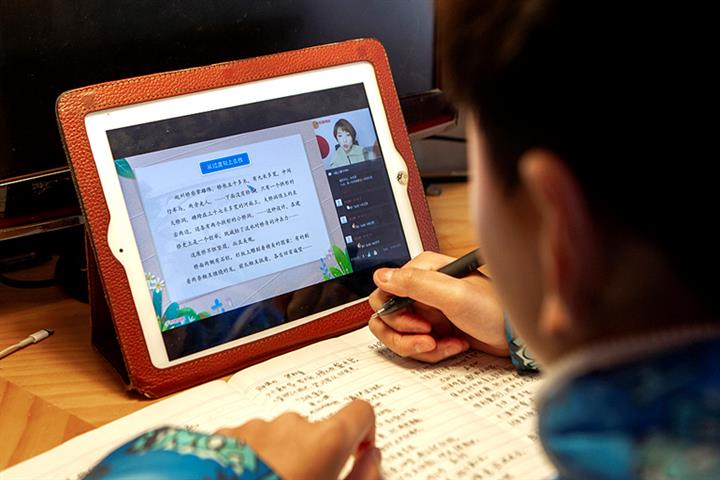 With the world accusing China of the Coronavirus pandemic—it was originally called the Wuhan virus in some circles, including in India—there was a race among countries, especially Japan, to pull major industries out of China. Part of this campaign was led by the erstwhile US President Donald Trump. At that time, almost exactly a year back, it was touted that India could benefit from this international animosity towards China. It was rumoured that if India manages to draw companies pulling out of China to India, it would be a massive win-win for the country. India completely lost that opportunity, and soon its own shores were ravaged by the virus, with people dying on the streets and in hospitals, with the economy going into a deep slide alongside.

We were not prepared and we did not show any determination to make the best out of a bad situation. We were rather blind.

As the Coronavirus is under control in China, and even as a tottering India tries to find level-headed solutions, another opportunity—this one is mid-level, but an opportunity, nevertheless—may have landed in India’s lap. It has been a sudden development, and India could not have prepared for this, but it has to be seen if the country has developed even a semblance of determination to handle such issues.

China has suddenly come down heavily on its domestic $100 billion edutech industry, having decided to stop all online tutoring. Shares of huge, listed online tutoring companies, such as TAL Education Group, New Oriental Education & Technology Group, and Gaotu Techedu, have gone into a free-fall in the US and Hong Kong stock exchanges and giant investors, such as Tiger Global, SoftBank and Temasek, heavily invested in these companies, as well as in the Chinese educational system, have been completely bewildered.

This followed the State Council—China’s highest governing body—issuing a slew of new regulations that after-school tutoring companies have to go non-profit and will be banned from going public or raising foreign capital. This is being seen as a strange diktat, but who is to question an authoritarian regime?

The new move comes on the heels of the control imposed by China on Jack Ma’s Alibaba. Online companies, raising foreign capital, may be the new anathema in Communist China, but another probable reason could be the fact that the huge pressure of education on children and their parents are forcing families to forgo expansion. China has done away with its two-child policy, its birth rate now having gone negative, and the country is set to lose its demographic dividend in the very near future.

The general theory of China wanting to decrease the pressure of education on its children is far-fetched, because it was education and hard and cheap labour that lifted the country to where it is today. China cannot let go of its educational advantage; not today, not in a hundred years. This is because it has seen first-hand how the US has suffered from low education levels within its population.

The big gain, if any, for India could be FDI inflows. The monies which will fall out of Chinese edutech industry stocks will have to be re-employed immediately. The money need not flow into edutech companies in India—as has been touted in India—with many of them having already gone through IPOs and follow-up offerings. It can come into tech companies, online marketing companies and such. The good news is that this will not be hot money. If it comes, it will come to stay a while, trying to reap long term benefits.

At this time, it would be essential for corporate bodies, the finance ministry as well as the Reserve Bank of India to formulate policies that can attract this excess money. Even if India can absorb 20 to 25 percent of the monies that bounce off the China wall, it will be enough to boost production at low level factories. It can start a process of growth of demand and resultant supply. It can rekindle the stagnant economy to an extent.

Policies need to evolve around boosting sectors that can also boost employment. India has the potential to challenge upstart economies, such as Bangladesh and Vietnam, in major production systems, maybe starting with the railways and ports. Smaller, downstream industries can switch on their machines again.

It is another lifeline being thrown. We will ignore this at our peril.