The adoption of technology in the justice-delivery mechanism will make a huge difference in many areas. And there is no better time than now to use it when there is so much innovation and adaptation. 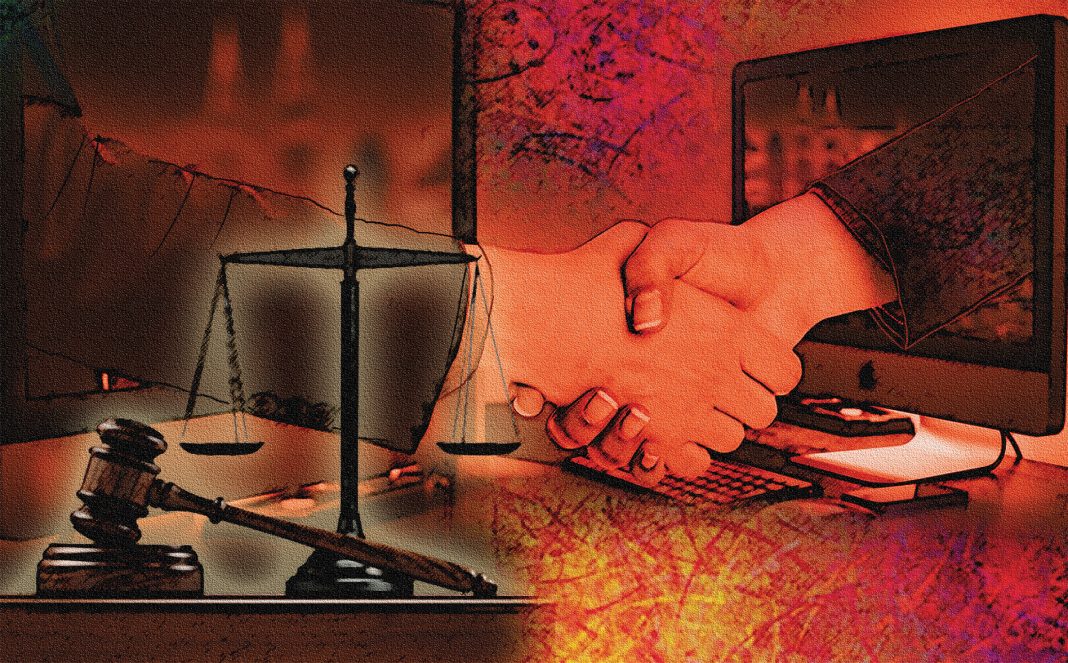 The Constitution of India guarantees justice in three forms to its citizens—political, economic and social. Courts play a significant role in realising this right by facilitating access to it. Citizens go to courts for numerous reasons, ranging from petition against arbitrary action of the State, solving a constitutional conundrum arising out of a law, protecting the environment, preventing infraction of fundamental rights and maintaining rule of law. But can every citizen access justice freely? The answer is no.

Access to justice is influenced by factors like huge pendency, underfunded legal system, judge-population disparity, abysmal condition of the lower judiciary, hindrance arising out of procedural grounds and lack of legal awareness. To enhance the condition of courts and to facilitate speedy justice, the right to legal aid is inserted under Article 39 A of the Constitution.

Let us analyse the journey of access to justice in post-colonial India, the challenges associated with it and the role of e-courts in making justice more accessible. There are many challenges to access to justice, but pendency, independence of the judiciary, ineffective legal aid and a dependent judiciary are the main ones.

Pendency of cases has scourged the Indian legal system for decades. The daunting case log is a result of poor judge-population ratio, inadequate preparation of cases before the court and procedural complexities. The problem has been aggravated by the pandemic, resulting in slow disposal with the added burden of fresh cases. The enormous backlog prevents the judiciary from functioning efficiently, denies people access to speedy justice and in many cases, has negated the very concept of justice. Judiciary is an embodiment of trust and functions through public participation. But how do we ensure public participation despite delays?

Participation can be ensured by facilitation of equal access to the justice system. It can be realised by having an effective and affordable legal help for poor and marginalised classes through legal aid. Legal aid, despite being an important part of State policy, has not benefitted many people. This can be attributed to lack of awareness and poor quality of legal aid. Legal awareness has been just a courtesy as no effort has been invested in gauging it. The government remained dormant and indifferent towards legal awareness for a long time. Legal clinics in law schools, which aimed at spreading legal awareness, have contributed little by generating the least outcome. Even legal aid counsels are often unaccountable and incompetent. In the words of Justice UU Lalit, “legal aid for poor does not mean poor legal aid”.

The other significant hindrance in access to justice is interfering with the independence of the judiciary. Overturning the decisions of judiciary is common even when the Constitution entrusts some of the most important constitutional duties on it. This disturbs the horizontal power distribution and dilutes the power of the court. A strengthened judiciary can only protect and preserve the rights of citizens. And to extend a relentless protection to fundamental rights of citizen, some reforms should be introduced in the judiciary.

The justice delivery system has been reformed regularly in recent times. To name a few: introduction of the right to justice bill, keeping a check on vexatious PILs, framing the national litigation policy, identifying procedural bottlenecks, including demand and supply, and reforms in legal education. These reforms do not see the day of the light or are poorly implemented due to hasty planning bequeathed by our colonial masters and lack of insight of the grassroots level. To bring a successful re­form, a bottoms-up approach is necessary to assimilate the needs of the lower judiciary and common people.

With regard to access to justice, it continues to be the guiding force in our normative polity. Adequate technological interference at the correct time and place will only help in increasing the efficiency of the justice delivery mechanism. Some of the possible mechanisms which are frequently utilised and could be of necessary use in coming times is as following:

Online Dispute Resolution Mechanism: Online dispute resolution or ODR has already gained much traction from courts due to its malleable nature and ease of access to justice. Though initially the concept of ODR grew as a normative extension of Alternative Dispute Resolution or ADR, ODR continues to be used for purposes other than ADR also. Its continual use can be useful in bettering the legal system, in dispute avoidance and dispute containment (as said by the NITI Aayog Expert Committee on ODR).

In all its relativity, ODR seems as a natural ally of access to justice as it tends to cut through the extensive cost of travelling and opens up avenues for the parties to explore for the appropriate relief. The other way of looking at ODR would be from the perspective of Ease of Doing Business, something which is again highlighted in the NITI Aayog Expert Committee on ODR.

The fact that businesses offering services and goods to the consumer can inform them about dispute resolution mechanisms through ODR will increase contract-enforcement mechanisms and reduce the complexity in doing business, which the traditional legal system was not able to offer. However, there are certain pre-requisites for a conducive ecosystem of ODR in India like an online infrastructure with easy accessibility of the internet with secure lines.

It is imperative to mention that according to the National Broadband Mission, the aim of the government is to provide broadband access to all the villages by 2022 (report of the NITI Aayog Expert Committee on ODR). This will strengthen the digital infrastructure.

Currently, other than the less penetration of the internet in rural areas, there is lack of digital literacy and requisite skill set to make ODR a functional alternative. Interestingly, courts have taken initiatives for making access to justice a success, especially with the onslaught of Covid-19. Courts adopted themselves to virtual hearings, and even Lok Adalats were conducting e-Lok Adalats. Thus, ODR seems to be a healthy alternative in the near future.

Use Of Natural Language Processing: NLP is a sub element of Artificial Intelligence (AI) and is capable of revolutionising the way dispute resolution mechanism is perceived. NLP has the capacity of critically analysing huge sets of human language. It reads the human text as a data set and summarises it on the basis of relevancy and repetition of words, especially in justice-delivery where there are huge volumes of documents from the judicial side and the advocate’s side. A brief summarisation of the facts with relevant case laws on a digital platform is helpful for judges and can contribute in prompt delivery of justice. It can revolutionise the justice delivery system by rendering automated decision in small cause cases and can lighten the load of an overburdened judiciary.

Steps On The Way: The Supreme Court has created a conducive environment for the growth of AI driven administration of justice. The smooth adoption of AI has been possible through the efforts of the judges of Supreme Court. Recently, the Supreme Court launched Supreme Court Vidhi Anuvaad Software, an AI-driven mechanism for converting the Court’s judgments from English to nine vernacular languages, making them more accessible and easy to comprehend.

Additionally, the Court has also created a National Judicial Data Grid for keeping track of pending cases in higher judiciary. It was established in 2013 in pursuance of the National Portals of the e-Courts project. This portal emerged as a common platform for all courts in the country to submit information pertaining to cases.

Apart from above mentioned mechanism, the Court has also contrived the Supreme Court Portal for Assistance in Courts Efficiency to ease the process of searching for relevant cases and provisions.

The VICTOR programme was contrived in Brazil. With over 80 million pending cases, VICTOR programmes works on NLP with Optical Character Recognition which helps in recognising images and character and turning them into machine-readable format. This helps in reorganising the texts and streamlining the legal provision of the case. This gives an easy access to the facts and provisions of a case. In fact, VICTOR programme is utilised in Brazil for vetting out cases which should be referred to the Supremo Tribunal Federal, the highest court in Brazil.

Technological novelties are the need of the hour, especially when pendency of cases is accelerating. An automated justice delivery mechanism can be a great addition to the judicial system and will serve the needs of the lower judiciary. It is time that we make the justice delivery mechanism efficient and accessible by apposite technological interventions. And there cannot be a better occasion than the 75th year of Independence for a fresh start.

Did you find apk for android? You can find new Free Android Games and apps.
Share
Facebook
Twitter
Pinterest
WhatsApp
Previous articleSupreme Court issues notice on plea related to unclaimed money of deceased, legal heirs
Next articleSupreme Court reduces the term of an old illiterate rural woman who was in possession of Cannabis