An Act of God, No Doubt, But Which One?

An admirable judgment from the Madras High Court relieved a trader from paying license fee during the lockdown and focuses on the “impossibility” of performance of the contract and sees it under the scanner of Article 14. 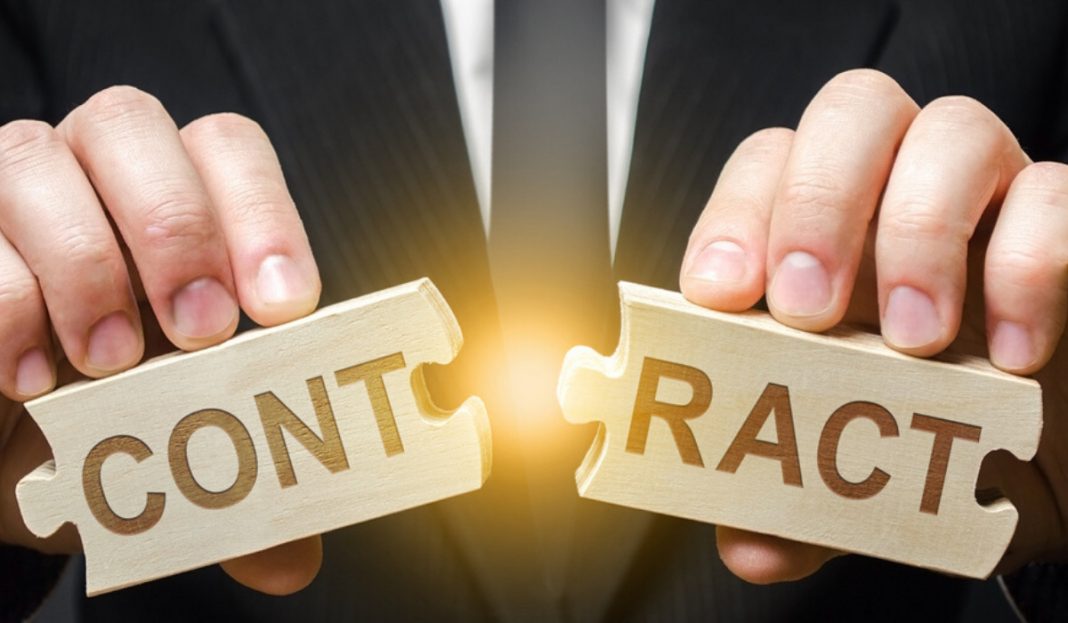 JUSTICE GR Swaminathan of the Madras High Court has written a beautiful judgment of which dear Justices Krishna Iyer and PN Bhagwati would have been proud of. Both would have appreciated his masterly interpretation of contract law in Covid-19 times and admired the ways in which judicial interpretation can befriend justice. They would have applauded his art as well as his craft. But I espy also wider implications of the discourse in the constitutionalising of the law of contract and the quiet reconstruction of the social contract that is the Constitution of India.

This is probably the first decision to adjudicate a contractual liability in Covid-19 times. The facts are, indeed, simple, though the arguments based on contract law are complex.

However, a complete Covid-induced lockdown was in force from March 24, 2020 to September 6, 2020, enforced under the National Disaster Management Authority Act, 2005. Exercising its powers under Section 6(2) of the Act, an order (on March 24, 2020) directed “all the authorities to take effective measures to prevent the spread of the pandemic in the country”.

The Tamil Nadu (the Health and Family Welfare Department) accordingly imposed restrictions. “As a result, Vadaseri Bus Stand and all the shops located within its premises came to be closed. The petitioner was prevented from accessing the shop. The business could not run”. Yet, the question was whether the local body should grant total waiver of payment of license fee for the period from March 24, 2020 to September 6, 2020, and partial waiver for the subsequent period.

The government argued that the contractual obligation to pay the monthly license fee is “absolute” and “not excused by any supervening event”. While it had, “considering the hardship experienced by the licensees”, decided to “waive payment of lease/rental amount for the period of the general lockdown”, it pleaded that “this Court cannot “travel beyond” the governmental decision. The learned Justice did, indeed, hold that the “relation between the parties is contractual in nature”. And these govern the “rights of the parties”.

But how far may “post-contract events” have a bearing on mutuality of intent between the parties to a contract? The Indian Contract Act, embodying the general principles of common law, recognises the doctrine of frustration. The principle of force majeure also operates when the agreement so stipulates.

As we know, this principle of absolute contract was enshrined in Paradine (1647), which crystallised the common law principle that an impossible supervening event will not necessarily discharge a party from its contractual obligations. This robust precedent held sway till Taylor v Caldwell (1863) made an exception for “contracts in which the performance depends on the continued existence of a given person or thing…”. When it does, a condition is implied that the “impossibility of performance arising from the perishing of the person or thing shall excuse the performance”. Section 56 of the Indian Contract Act, 1872, embodies the latter view and is clear on the point: a “contract to do an act which, after the contract is made, becomes impossible, or, by reason of some event which the promise or could not prevent, unlawful, becomes void when the act becomes impossible or unlawful”.

Here, the contractual performance by the petitioner was made impossible by the national and state government’s orders of general lockdown. It would also have been unlawful for any licensee to carry on the commerce or trade in violation of the lockdown orders. The genius of this decision lies in asserting an “implied term” of contract. The discourse here does not speak much to the Anglo-American decisions where the judiciary upheld parties’ intentions despite any “hardships” and “difficulties” that judicial enforcement of contract may create. Rather, it focuses on the “impossibility” of performance when the contractual conduct itself becomes “unlawful”. One hopes that the pandemic will ebb soon and never recur. Regardless, this decision is a potent reminder of judicial creativity and flexibility, too, for much less catastrophic contexts.

A civil law, principally the French law, counterpart is the doctrine of force majeure (or vis major in Latin), commonly known as an Act of God (FM, here­after).The FM is considered similar, but not the same as the doctrine of frustration. It is similar in the sense that it deals with unforeseen supervening events, but different in that frustration entails des­truction of the rationale or entire subject matter and parties stand permanently divested from their contractual obligations. However, the FM situation or clause allows this judicial flexibility, and civilian courts may even “re-write” contractual terms.1

Aside from the mere discourse of contract law, the Court also reasons from the first principles of the Indian constitutional law. Fairness (acting fairly and reasonably) is “a greater reason” too” because the “petitioner has contracted not with a private party but with Nagercoil Corporation” which is “a State instrumentality” and it would be “justified” to apply the “principles of reasonableness and fairness”.

Applying prior decisions of the Supreme Court, the learned Justice also held that “the terms of the license must be interpreted under the scanner of Article 14 of the Constitution of India. What applies to the landlord-tenant relationship when one party is State or its instrumentality, equally applies to the licensee-licensor relationship also”. This constitutionalisation of contract law means that not only should the consideration for contract not be for an unlawful end or purpose, but it should not authorise unconstitutional consideration at least.

The happy surprises in this decision seem never to end. In the concluding paragraph, the Court summarises its order and directions. No licence fees for the period of total lockdown (from March 24, 2020 to September 6, 2020) may be levied from the licensee/ petitioner, who stands “totally relieved from the obligation to pay the license fee” and is entitled to “complete waiver”. For the subsequent period of partial lockdown, the Court leaves it to the petitioner “to move the respondents for relief”, but also adds that the state authorities may appositely resort to the “principle of nudging as propounded by Richard H.Thaler”.

The economic theory of nudging is new, but students of the judicial process in India know that suggestive jurisprudence is an inherent judicial power and process. It has been further consolidated by the foundation of social action litigation in India.2 Here, too, the learned Justice in a short reference, makes the economic theory of nudging deeply relevant to the judicial process: the Court expects that the authorities will take note of the “ground realities and respond appropriately”.

When we take leave of the law of contract and turn to the contexts of social contract theorising, we find the decision marks both a Lockean and Rousseau-like turn as well. If there is an implied term in contract law, by analogy there should be one for social contract. This is an implied term that many Justices explicitly developed with, and since, the Kesavananda (1973) discourse of the basic structure and essential features of the Constitution. The philosophically implied term of the social contract  has thus  been made explicit (by the general notion on juristic limits to power) and has introduced a creative scope for the notion of (as Yaniv Roznai calls this) “unconstitutional constitutional amendments”.3

The “act of god” here is not necessarily a divine voice, but rather a set of voices of progressive judicial constitutional interpretation that erect, and constantly improvise, a basic structure and essential features’ doctrine against the erasure altogether of the very idea of constitutionalism. Not for nothing have the apex justices been called the ‘living oracles of law’.

This landmark decision has fashioned an implied term for the constitutional contract, which rests on the twin pillars of just and fair cooperation between the people and the State.

1 See for a fuller recent analysis, Peter J. Mazzacano,”Force Majeure, Impossibility, Frustration & the Like: Excuses for Non-Performance; the Historical Origins and Development of an Autonomous Commercial Norm in the CISG”, Nordic Journal of Commercial Law, 2: 1-54 (2011). See also a practice note blog of Clifford Chance,‘Coronavirus and Force Majeure’, https://www.cliffordchance.com/…/02/coronavirus-and-force-majeure.html