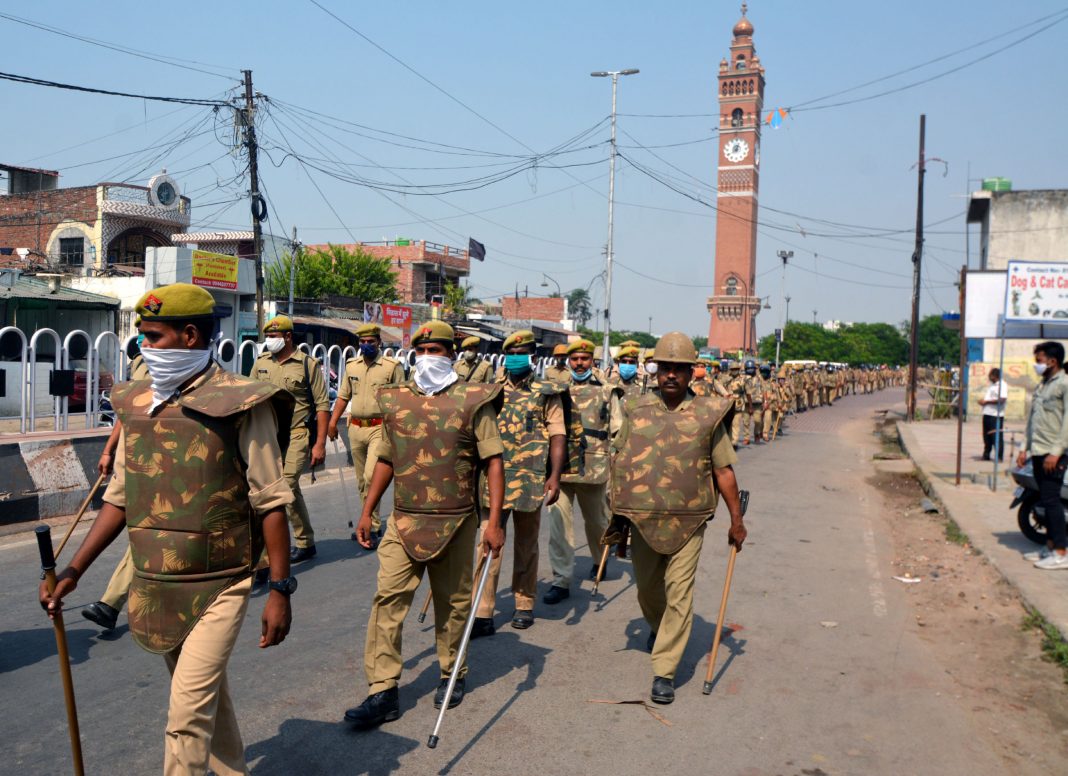 The world has seen wars over religious freedom. But India seems to be regressing with the implementation of various “anti-conversion” bills as it carries out the agenda of the government in power.

Religious freedom is a relatively recent phenomenon. Most countries across the centuries gave their citizens no such allowance. Wars over religion have taken place through the years. The Crusades were religious wars between Christians and Muslims (1096-1290) to secure control of holy sites considered sacred by both groups. These were bloody and violent fights.

In the 17th century, there was the “Thirty Years War” (1618-1648), which remains one of the most brutal conflicts in human history, resulting in eight million deaths. This began as a conflict between Catholic and Protestant states that were part of the Holy Roman Empire. It was sparked because Emperor Ferdinand II, as Head of the Holy Roman Empire, began forced conversions to Catholicism ignoring the key tenet of Reformation freedom of religion. Ultimately, this led to reduced power to Rome and the Catholic Church, and the ability of nations to make their own religious choices, free of any external power.

This trend of coming to an understanding that nations should be the decision makers of their religious leanings extended across the civilised world. Some countries such as England declared themselves Protestant and dissolved wealthy monasteries. Henry VIII balanced the books as a result of this. More recently, under the provisions of the Succession to the Crown Act 2013, marrying a Roman Catholic no longer disqualifies a person from succeeding to the Crown. However, the provision of the Act of Settlement requiring the monarch to be a Protestant continues unrepealed. Others, like many Arab nations, declared themselves as Islamic nations.

The UK had, until recently, a common law offence of blasphemy which has now been repealed. The last person to be imprisoned for blasphemy in the UK was John William Gott in 1922, for comparing Jesus Christ to a clown. In 2008, the offence of blasphemy was abolished in the UK. However, some acts that were once viewed as blasphemous may be prosecuted under the Public Order Act 1986 as amended by the Racial and Religious Hatred Act 2006.

The Court estimated that a limited ban on vulgar or obscene publications that were offensive to believers, while keeping legal the criticism of religion, was compatible with the principles of a democratic society.

In France, there is no specific protection against a religious offence, even though respect for all beliefs has its place in the Constitution. The right to be respected for one’s religious beliefs is linked to the freedom of conscience, deriving directly from Article 10 of the 1789 French Declaration of Rights: “No one shall be disquieted on account of his opinions, including his religious views, provided their manifestation does not disturb the public order established by law.” The recent Charlie Hebdo incidents underline the French position on the ability to freely profess and express one’s views on religion.

In the US, religious civil liberties are guaranteed by the First Amendment to the Constitution: the Congress shall make no law respecting the establishment of a religion, or prohibiting the free exercise thereof; or abridging the freedom of speech, or of the press; or the right of the people peaceably to assemble and to petition the government for a redress of grievances.

This “Establishment Clause,” is generally read to prohibit the federal government from establishing a national church or excessively involving itself in religion. Following the ratification of the Fourteenth Amendment to the Constitution and through the doctrine of incorporation, this restriction is held to be applicable to state governments as well.

An extreme example of how seriously courts are taking the right to religion or irreligion in Elk Grove Unified School District vs Newdow (2004), an atheist, Michael Newdow, challenged the phrase “under God” in the US Pledge of Allegiance. The Ninth Circuit Court of Appeals agreed with him, finding the phrase unconstitutional. This resulted in political furore, and both Houses of Congress passed resolutions condemning the decision, unanimously. The Supreme Court subsequently reversed the decision, ruling that Newdow did not have a standing to bring his case, thus disposing it without actually ruling on the constitutionality of the pledge.

India, in the 1600s, was a patchwork of kingdoms, with the one unifying force being the Mughals whose culture blended Perso-Islamic and regional Indian elements. After the victory of Panipat, Akbar inherited an empire that was greatly diminished after decades of Mughal defeats at the hands of Hindus and Afghans.

Nevertheless, with the help of his regents and his own brilliance, Akbar brought the Mughal empire to unprecedented glory, extending its power over most of the Indian subcontinent. Akbar was a capable administrator and a broad-minded thinker who knew the importance of unity. In fact, he twice married Hindu princesses to ensure the unity of his empire. He took an active interest in other religions and his court was a centre of learning and culture. The Mughal empire declined in the 18th century.

Between 1757 and 1947, the British controlled India. At first, the new rulers allowed Hindus to practise their religion without interference. But later, Christian missionaries sought to convert and westernise the people.

In 1932, in his cell in a Pune jail, Mohandas Karamchand Gandhi began a hunger strike to protest the British government’s decision to separate India’s electoral system by caste via a new Indian Constitution, which gave the “untouchables” separate political representation. Gandhi, a merchant or Vaisya, believed this would unfairly divide India’s social classes. He advocated the emancipation of Harijans or “Children of God”. Gandhiji was assassinated by a Hindu extremist while attempting to persuade Hindus and Muslims to work towards peace.

The Preamble to the Indian Constitution has the word “secular”, and Article 25 says “all persons are equally entitled to freedom of conscience and the right to freely profess, practice, and propagate religion subject to public order, morality and health”. Further, Article 26 says that all denominations can manage their own affairs in matters of religion. Religious organisations can be banned for sedition or disturbing communal harmony.

Things have gradually been changing, though. In SR Bommai vs Union of India (1994), the Supreme Court held that “secularism is a basic feature of the Constitution”. The State treats equally all religions and religious denominations. Religion is a matter of individual faith and cannot be mixed with secular activities.

However, in Sri Jagannath Temple, Puri Management Committee vs Chintamani Khuntia (1997), it was held by the Supreme Court that the management of a temple by the State did not infringe on Articles 25 and 26, as it is a “secular act”.

The Ministry of Minority Affairs, the National Human Rights Commission and the National Commission for Minorities exist to investigate religious discrimination and to make recommendations for redressal to local authorities. Though they do not have any power, local and central authorities do generally follow them. These organisations have investigated numerous instances of religious tension, including the implementation of “anti-conversion” bills in numerous states, the 2002 Gujarat violence against Muslims and the 2008 attacks against Christians in Odisha.

Both the initial laws were challenged, stating Article 25 of the Constitution. The Supreme Court supported the laws saying: “What is freedom for one is freedom for the other in equal measure and there can, therefore, be no such thing as a fundamental right to convert any person to one’s own religion.”

In July 2020, the Madhya Pradesh Act was amended further by a voice vote, providing that a person wishing to change his religion needs to inform the district magistrate and also the priest or organisation performing the conversion. The police would then verify the credentials of the priest to ensure that this was not being done by force or with allurement. There are provisions of penal action against priests/individuals who fail to inform authorities.

In 2013, BJP general secretary M Venkaiah Naidu declared that his party would bring anti-conversion laws nationwide, but until now, it did not have a majority in the Upper House of Parliament. Now there are anti-conversion laws being spoken of in Uttar Pradesh and in various other states. This has gradually moved people further away from secularism and more towards Hindu nationalism (Hindutva).

As can be seen from the historical development of religious freedom and laws surrounding it, this shift to right wing agenda is nothing new; humanity has done exactly this through the centuries. For example, my grandmother was very upset when my father chose to marry my mother, a Muslim (reverse love jihad?).

What is depressing, however, is that this is happening at a time when most nations have been through this phase and moved on. We should be worrying about the future of this planet and the environmental steps to be taken as one globe. This is hardly the time to worry about which God we choose to pray to, if any. But it makes for drama and vote bank politics in a largely illiterate populus.

The future is likely to be fairly bleak for India in terms of religious freedom. There will be fierce debates and articles by liberals even some efforts to mobilise in person, but these don’t really have any effect on those in power. They will push on with the anti-conversion legislation in Uttar Pradesh and then gradually roll it out across the country.

Few couples in their right minds will allow themselves the luxury of falling hopelessly in love with someone lest they end up being from another religion. And if they did, then families could use the legislation to negate such marriages and throw the boy in jail.

The very notion of love marriages is horrifying to the traditional mindset where the woman is seen either as a goddess or a chattel, never as equal. Everyone will learn to mindlessly do as the main protagonist did in Seth’s A Suitable Boy and marry according to religion, following the head and not the heart.

The words of Tagore come to mind “…where the world has not been broken up into fragments by narrow domestic walls…into that heaven of freedom my Father, let my country awake!” How very unattainable this now sounds.

—The author is a barrister-at-law (Honourable Society of Lincoln’s Inn, UK) and a leading advocate in Chennai. With research assistance by Deepa Shanmugavadivel