A Sterling Example of Judicial Credence

The two-year-old judgment highlighted how benevolent neutrality needs to be adopted when dealing with individualistic faiths. It reaffirmed how the Constitution doesn’t distinguish between religious beliefs. 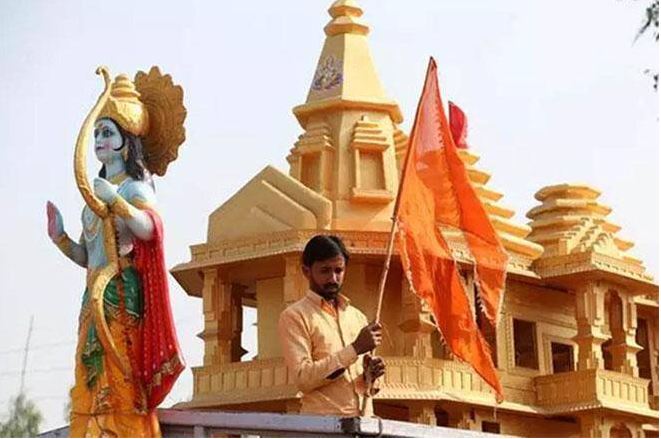 Even as social media is filled with furore and toxicity over Fab India’s Jashn-e-Riwaz promo, on the occasion of the Ram Janmabhoomi judgment, which took place on November 9, 2019, it is only fair to celebrate it as symbolic of the secular fabric of India, reinstated by the judges of the Supreme Court.

Indian history is replete with invasions and dissensions. However, it also assimilated the idea of India, regardless of whether it was merchants, travellers or conquerors who sought providence. The resolution of the Ayodhya dispute, ironically, predated the very idea of India and carried skeletons of post-colonial faultlines of Hindu-Muslim tensions.

Seen against mounting majoritarianism and thinning tolerance among Hindus and Muslims, the judgment acted as a beacon of change and a pivot of self-reflection to change a rather internalised system of discrimination. Questions about Indian national identity have festered through the decades, with divisive political leadership disharmonising the idea of brotherhood and tolerance. It all ultimately boils down to defending India’s pluralistic stance.

On November 9, 2019, the apex court awarded the title of the disputed land to the deity, Shri Ram Virajman, and directed Uttar Pradesh to allot an alternate piece of land to the Uttar Pradesh Sunni Central Board of Waqf for construction of a mosque in Ayodhya itself. This remedy was reached through a two-pronged conclusion: firstly, that the disputed site was a composite whole and secondly, the outer courtyard stood in exclusive possession of Hindus since their possessory claims were supported by evidence.

The unanimous verdict then of Justices Sharad Bobde, Ashok Bhushan, DY Chandrachud and Abdul Nazeer under the leadership of Chief Justice Ranjan Gogoi reaffirmed how the Constitution did not distinguish between the polychromatic spectrums of religious beliefs.

The Ayodhya Title dispute was first brought to light about 134 years ago and found itself meandering through various courts—Faizabad Civil Court, the Lucknow Bench of Allahabad High Court and finally, the Supreme Court. Distinctive to this dispute was the 1989 suit which presumed the personification of the divine spirit of Lord Ram, recognising the right of the idol and a declaration of title to the disputed site as a separate juridical entity.

Various suits were concomitantly decided by the constitution bench of the apex court in the light of growing tensions. The Supreme Court traversed not only the realms of law, but history, religion and archaeology. It testified to the fact that the law must stand firm against political contestations over history, religious hegemony and differences in ideology.

India is a country suffused in faith, traditions and history and yet was battling questions of religious polarity and political machinations. However, the chief justice and his fellow judges reinstated faith, tolerance and acceptance. The judgment allowed the Uttar Pradesh Sunni Central Board of Waqf, upon allotment of the five-acre plot, the liberty to take all necessary steps for the construction of a mosque there. The final award gave a rather moralistic consolation and struck a balance in an otherwise polarised environment. It also gave a legal burial to a rather divisive political issue which was festering for decades after the illegal demolition of Babri Masjid.

Justice BP Jeevan Reddy in S.R. Bommai rightly opined that “secularism is thus more than a passive attitude of religious tolerance. It is a positive concept of equal treatment of all religions”. This highlights how benevolent neutrality needs to be adopted whilst considering constitutional promises of social justice, liberty of belief, faith, worship and equality of status and opportunity when dealing with individualistic faiths and beliefs. What becomes pertinent is whether the constitutional policy, as espoused in Kesavananda Bharati and Indira N Gandhi, is consistently being reinforced.

Indubitably, the communalisation of the title dispute left a trail of deadly riots, retaliatory bombings and a despairing history of violence, affecting both individuals and property. In the light of the history of violence and turmoil that struck at Uttar Pradesh, nay India, the case established how the law edified our multicultural society. Replete with references to archaeological foundations, drawing references from multiple strands of history and varying schools of ideology and religion, the Constitution was employed to determine the limits of such pronged disciplines. The apex court was tasked to act as the arbiter to bolster a sense of balance and ensure that the beliefs of a certain denomination of citizens did not interfere with or dominate the freedoms and beliefs of another.

The nation realised its vision of self-determination in 1947, and in 1950 gave itself and its citizens the Constitution, consolidating an unwavering commitment to transforming India into a “Sovereign, Socialist, Democratic, Republic”. However, when traditions, faith, religious scriptures and practices form the bone of contention in a case, it becomes pertinent to remind people of the same.

At the heart of the Constitution is a commitment to uphold and enforce it by the rule of law. Citizens of all faiths, beliefs and creeds in pursuit of divine provenance are both subject to law and equal before it. However, with multitudinous beliefs, it becomes all the more crucial for the Court to tread carefully.

The constitution bench through Justice BK Mukherjea in The Commissioner, Hindu Religious Endowments, Madras vs Sri Lakshmindra Thirtha Swamiar of Sri Shirur Mutt, stressed the fluidity of religion and affirmed that it had its basis in a system of beliefs or doctrines regarded by those who profess it as conducive to their spiritual well being. Though religious beliefs might not transform into a code of ethical rules for its followers to accept, it might prescribe rituals, observances, ceremonies and modes of worship.

To conclude, any erudite citizen would agree that the issue goes far beyond the contours explored by the apex court. Rather, it is a convoluted question and has its basis personal beliefs and internalised polarisation which often resurfaces through political inflation and exaggeration.

However, the Ayodhya Title dispute should be lauded for the courage shown by CJI Gogoi to finally dust off the grime of judicial inattention and balance a rather egg-shelled historical dispute with elan.