The law is an example of what effect dragnet laws can cause. It resulted in courts reeling with bail cases and yet, legisprudence and demosprudence seem indifferent to how the laws they make will work in life. 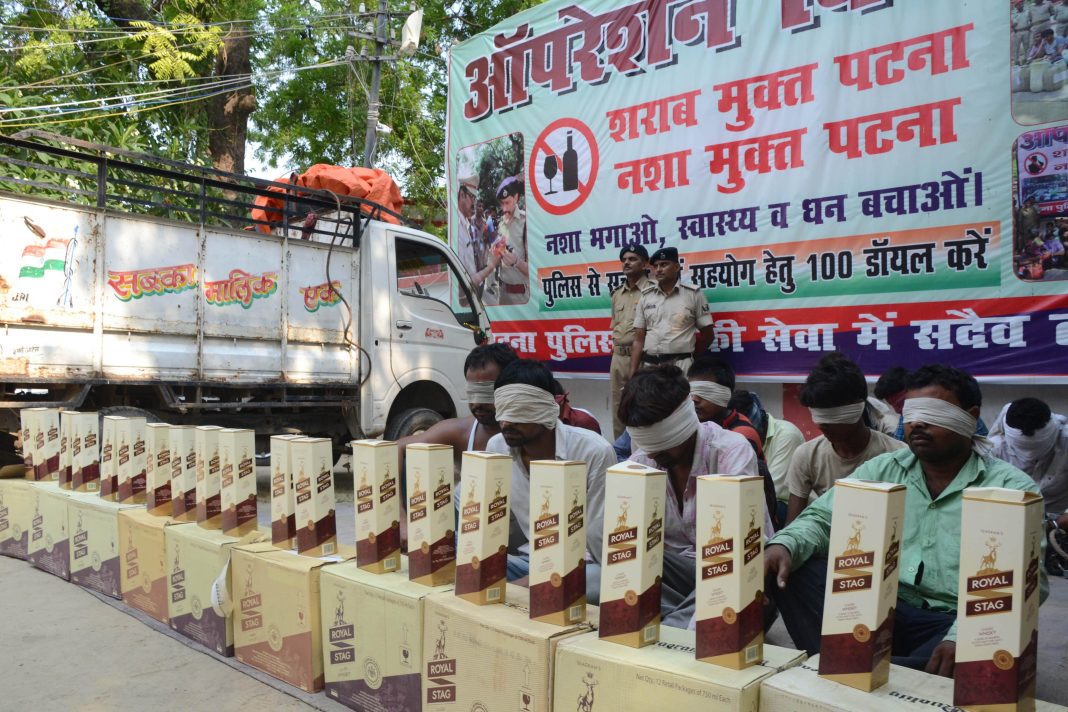 In 1851, French philosopher Pierre-Joseph Proudhon wrote that to be “gover­ned” is “to be at every operation, at every transaction, noted, registered, enrolled, taxed, stamped, measured, numbered, assessed, licensed, authorized, admonished, forbidden, reformed, corrected, punished. It is, under the pretext of public utility, and in the name of the general interest, to be placed under contribution, trained, ransomed, exploited, monopolized, extorted, squeezed, mystified, robbed; then, at the slightest resistance, the first word of complaint, to be repressed, fined, despised, harassed, tracked, abused, clubbed, disarmed, choked, imprisoned, judged, condemned, shot, deported, sacrificed, sold, betrayed; and, to crown all, mocked, ridiculed, outraged, dishonoured. That is government; that is its justice; that is its morality.”1

Many constitutionally well-off citizens may regard this view as considerably restricted, looking only at despotic, and even barbaric, pathologies of governance. Many others—namely, the high consuming upper middle classes and most citizen bystanders—may regard such governance as necessary evil. But the constitutional underclasses (the dispossessed, disadvantaged, disabled and disenfranchised collectivity) wholly understand these states of affairs and cheat their way into survival, as best as they can, through the everyday reality of law, and the victimage, it causes.

The draconian law in Bihar—the Bihar Prohibition and Excise Amendment Act, 20182—is a poignant example of what effects dragnet laws can cause. Its assaults on liberty apparently knew no limits as can be seen by the amendments now proposed. Advocates Danish Zubair Khan and Lokendra Malik, along with others, challenged this statutory denial even of anticipatory bail before Justices Sanjay Kishan Kaul and MM Sundresh who took the first steps towards pre-legislative assessment (PLA).

Anyone with an ounce of commonsense would know that enacting large number of offences while keeping the number of judges, police, prosecutors and prisons the same result in a disharmony between tasks and personnel serving the institutions. When the personnel remain disproportionate to the tasks, institutions exceed their coping capabilities and the legal order itself becomes ridden with pervasive perversities. Yet, our legisprudence, jurisprudence and demosprudence seem indifferent to how the law they make will work in life. I used to ruefully say in the late seventies of the last century that if instead of the GDP, GLP (gross legislative product) became the measure of development, then India would count as the most developed society known to humankind! Unfortunately, it so acceleratingly and alarmingly, remains so!

No doubt, there have been some recent stirrings. The post-Bhopal factories; environmental, land acquisition; disaster management and relief laws have valuably crystallised the notion of impact assessment, though it is amended from time to time to serve the ends of “ease of doing businesses”.

There is also some talk about human rights impact assessments. All these are valuable tools and indicators for law, administration, interpretation and enforcement (LAIE, as I used to say to law students).

Ahead of the winter session of Parliament, 2019, the Chairman of the Rajya Sabha, M Venkaiah Naidu, emphasised the need for a detailed Legislative Impact Assessment (LIA). He stated the need for “informed laws” in the country, highlighting the “social, economic, environmental and institutional impacts of legislative proposals”.

Chief Justice NV Ramana, in 2021, on the occasion of Constitution Day, made a fervent plea for LIA, and opined that absence of such studies lead to “big issues” that result in over-burdening the courts.

Most recently, Justices Sanjay Kishan Kaul and MM Sundresh concertised all this by asking the Nitish Kumar government to collect data on the number of prosecutions and cases pending in different courts under the Bihar Prohibition and Excise Amendment Act, 2018.

The Bihar law resulted in district courts and other courts and even the Patna High Court reeling with bail cases, with one-third of its judicial time already invested in handling them. Overcrowding in prisons had noticeably increased, given the bail denial.

The Bench, directing the Bihar government to file the report by April 25, 2022, said that the government should have thought about the fallout of its policy decision before bringing the law.3

So far, the Supreme Court of India (SCI) has acted quickly to ameliorate “choking” of courts by over criminalisation of cases and vacancies lying unfilled in statutory fora. The Bihar case related to the adverse impact of a specific type of criminal statute on the administration of criminal justice. The state is asked briefly to show the numbers of offenders already booked and prosecutions pending now. Certainly, strict pro-bail polices will solve this important problem of person-power planning.

But should all criminal law statues require such LIA, retrospectively or prospectively? The present state of pendency of investigation, pre-trial detentions given the bail policy, the delays in trial, conviction and punishment and wrongful prosecutions, altogether suggest a continuing ongoing and retrospective PLA.

The second type of meaning of impact would be compliance with adjudicatory orders and directions. India-wide studies of compliance are lacking, and were recently illustrated with regard to SCI directions concerning constitutional voidness of Section 67-B of the Information Act, 2000.4

The third type of impact relates to acts of interpretation of the Constitution by the judicial discovery or rediscovery of fundamental rights and of what we may call rights declared under Article 136 and 142 rights.  These contribute to new types of socialisation litigation and many a new jurisdiction in the SCI.

As far back as July ’87, Justice DA Desai-chaired Law Commission of India submitted a judicial “manpower planning” report which bemoaned this phenomenon (incidentally, I was proud to contribute informally to its text) of  “…the overall lack of attention to this problem on the part of political parties,  press, social activists and the Bar. None of these groups have shown any effective will to campaign for adequate manpower planning for the Indian Judiciary, even while using the services of the Judiciary quite effectively for their own purposes from time to time. It must also be added that Judges of the High Courts and the Supreme Court of India, sitting or retired, have also not lent their weight to this constitutional cause in any major way. In other words, adequate reorganisation of the Indian Judiciary is at the one and the same time everybody’s concern and, therefore, nobody’s concern”.

Despite this report, the idea of judicial impact statement has not found favour with the SCI and the Executive. But when courts legislate, they often do, they create new normativities and justifiably add to the burdens and costs of administration of justice. Enforcement and administration of rights integrity structures entail time, person-power, money and governance costs and these are gracefully borne by a grateful democratic citizenry.

These notes touch only, howsoever important, one aspect of the problem—the issues raised by the device of PLA. The impact of law on society and of society on law presents a different set of issues even granting that both legislative and judicial processes and institutions signify essentially social dimensions of law and justice (to evoke a title from Julius Stone). Any social and cultural study of these processes must study both symbolic and instrumental dimensions of the legal act or omission.5

Moreover, the social life of law (practices and conducts) occurs as much, if not more, outside courtrooms and on other sites. There are also comparative dimensions of legal cultures and the ontic (world shaping) global normative civilizations, which variously impact human and social lives. It might be reasonable to devise nuanced forms of PLA, but issues of wider social impact remain elusive and beyond the efforts of the Bar and the Bench.6

The author is an internationally-renowned law scholar, an acclaimed teacher and a well-known writer

2Shivam Sharma, “Prohibition and Rights”, India Legal (pp 40-42), provides a very significant account of the law and proposed amendments. It would seem that the proposed amendments to the Bihar Act would exclude arrest for the first offence altogether, substituting it by a ‘reasonable’ fine. What would be ‘reasonable’ would, one hopes, depend on the socio-economic status of the first offender. CJI Ramana characterised the law as marked by “a lack of foresight”. (February 7, 2022).

3The Attorney General of India himself suggested in Damodar S Prabhu vs Sayed Babalal (on May 3, 2011) in an unusual suo motu proceedings that “interests of justice would indeed be better served if parties resorted to compounding as a method to resolve their disputes at an early stage instead of engaging in protracted litigation before several forums, thereby causing undue delay, expenditure and strain on part of the judicial system” and judicial intervention was aimed at diverting the cheque bounce cases which “choked” the Court. Incidentally, the same Bench had insisted that UOI conduct a legislative impact assessment of the Consumer Protection Act, 2019 (COPRA). The Impact Study Report noted a 6.3% increase in complaints filed at the district commissions. Considering the 45% unfilled vacancies at the district level, the Report suggested a revision in the pecuniary jurisdiction and increase in the number of benches.

5See, Upendra Baxi, “Upendra Baxi, “Who Bothers about the Supreme Court? The Problem of Impact of Judicial Decisions” Journal of the Indian Law Insti­tute. 24:4, 842 (1982). Interestingly, no one bothered about this. So, reiterated and updated it in Dimensions of Impact Analysis.” in Manoj Kumar Sinha & Deepa Kharb(ed.) Legal Research Methodology 182-190. (Lexis Nexis, New Delhi, 2016).