Brexit and the Indian Perspective 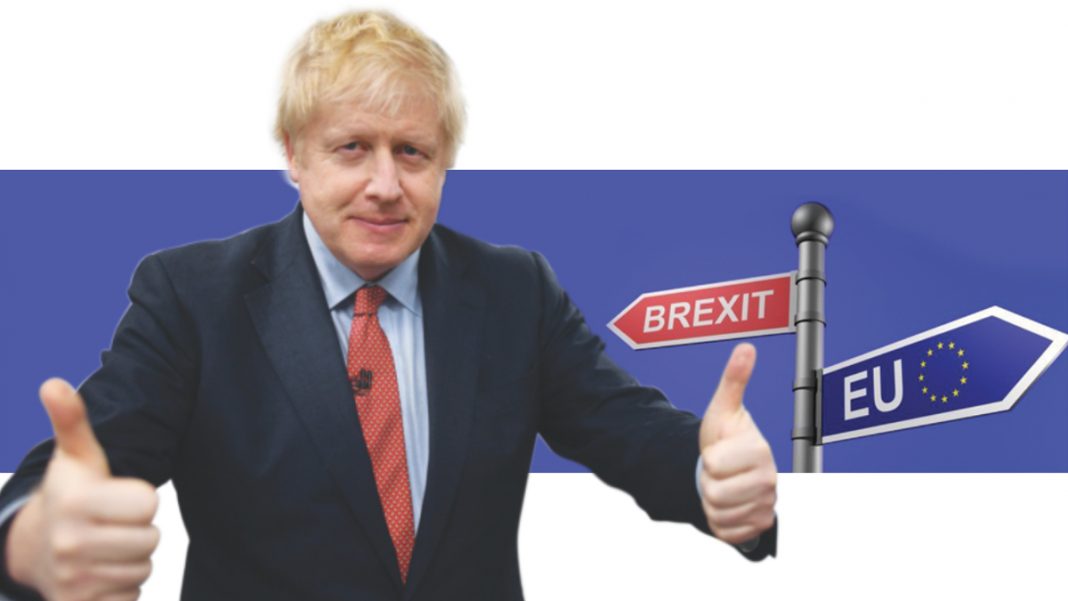 The divorce happened at midnight on December 31, 2020 on the basis of a detailed agreement on trade and partnership between the European Union (EU) and the United Kingdom (UK). The 1,246 page agreement covers almost all areas of life, spanning from private life to business life.

The EU is a construct with too many different countries with its complex cultural differences coupled with its excessive and exorbitant bureaucracy. On the other hand, the EU, as it stands now, is a strong economy, driven by major economic forces of the world and is an important investment destination for multinational companies. The EU is also an emerging global market, offering a larger platform for trade and, of course, bigger than Great Britain, and hence the most important, or more important partner for India.

The EU as a single market is India’s largest economic partner with a reciprocal trade of $115.6 billion (2018-19) and the second largest destination for Indian exports (14 percent of the to­tal). The EU’s foreign investment in India increased from 8 percent to 18 percent during the last decade, making it the largest investor in India with a total investment of 75.8 billion Euros in 2019.

Around 7,000 European companies have a presence in India. India has not yet reached any trade agreement with the EU so far, though there have been attempts since 2007. While Brexit could give a new life to a Free Trade Agreement (FTA) between New Delhi and London, which could take a new turn in the relationship, it could damage India’s proposed free trade agreement with the EU.

India has many disputable issues as a barrier to a free trade agreement with the EU and, therefore, an agreement with them is still far away. The lack of such an agreement will be a huge obstacle for Indian companies to set up their units over there, which they, so far, have been managing through their London subsidiaries. This shows the necessity of a larger framework for a trade deal between India and Europe.

There are international companies, especially from India and other common law countries, who chose Great Britain as a springboard for the European market before Brexit. London has been a favourite hotbed for India and African countries due to its historical bondage and the influence of language. India follows common law, which has its roots in English laws, whereas the European Union follows the civil law culture which has its origin from the old tradition of Latin countries, Italy, France, Spain and Germany. The question arises, not only for British companies, but again for these international companies as well, as to how they establish or reinvent themselves on European soil after Brexit in the light of new rules and regulations.

Although both sides, the UK and the EU, were able to agree on various facets of business which were rooted in one commonality during the last 44 years of relationship, companies will face numerous problems due to the divergent laws due to their historical legal cultures. One of the direct impacts will be strict compliance of customs formalities for the traders, exporters and importers, resulting in the relocation of such companies from London to Frankfurt or any other capital of EU countries. Dublin, being the capital of Ireland where English is the common language, is a good option, but not an ideal option due to its non-membership in the Schengen arrangement, which may lead to difficulties in the visa-free regime between these countries.

The EU and the Schengen area represent two completely different concepts on the same continent. The EU is a political and economic union made up of the 27 member states. It was originally founded to promote peace on the continent, but has grown in importance since its inception. The EU countries have autonomy in many aspects of their policymaking, including foreign policy, but are tied to the EU’s judicial and legislative institutions. As a common internal market, the EU offers a unique platform for trading arrangements between member states, and enables people, goods, services and money to move freely. EU citizens enjoy absolute freedom to study, work, live and enjoy retirement in any country in the EU, but these rights do not apply to citizens from non-EU countries. Visitors to the EU can travel freely between the countries of the Schengen area after entering one of the Schengen countries, but not all EU countries belong to the Schengen area.

The Schengen Area is an area made up of 26 European states that have officially abolished passport controls and other types of border controls at their common borders. The name “Schengen” is derived from the small wine-producing town of Luxembourg, where the first country signed the agreement to abolish internal borders.

For visitors/travellers to the EU, this basically means that the Schengen area acts as a common entity without borders., i.e. if you enter one Schengen country, you can also enter all other Schengen countries.

Since Ireland and the UK do not belong to Schengen countries, visitors need separate visas for these countries, which may lead to huge obstacles in developing a business relationship with India. Indians must undergo all the visa procedures of the UK and Ireland for their travel, whereas Schengen visa gives you freedom to travel to all EU countries except Ireland.

In the area of goods traffic, the trade agreement of April 27, 2021, goes beyond previous EU free trade agreements by granting complete freedom of trade for all goods (rules of origin are complied with), but it lags behind in other areas. It has not incorporated any provision for the free movement of people, for participation of the UK in EU programmes and EU-UK law enforcement, for participation of UK lawyers in EU courts or vice versa, and for many other areas, including access to each other’s aviation markets for new carriers. As a result, there will be trade barriers in many areas which Indian companies, having their seat in London, will face now onwards.

For example, there is no mutual recognition of conformity assessments. A mechanism for recognising the equivalence of sanitary and phyto-sanitary measures is also missing in the agreement. Goods must meet the product regulations of the target market in the new system. However, the introduction of trade protection measures, such as anti-dumping duties, anti-subsidy measures or punitive tariffs is possible.

Proof of preferential origin is allowed as part of a self-certification system. A movement certificate is not provided for in the agreement. Exporters certify the origin of the goods by means of a declaration of origin on the commercial invoice. Alternatively, the declaration can be drawn up on another commercial paper, provided that the goods are described in sufficient details in this document to be able to identify them. The declaration of origin requires the indication of an exporter reference number. The registration of reference is not required for exports with a value of less than 6,000 Euros. Exemption from duty only applies to original products of the contracting parties. So, it is only granted if goods originate in the EU or the UK.

Brexit has raised more questions than it answers.

—The writer is an advocate practising in the Supreme Court