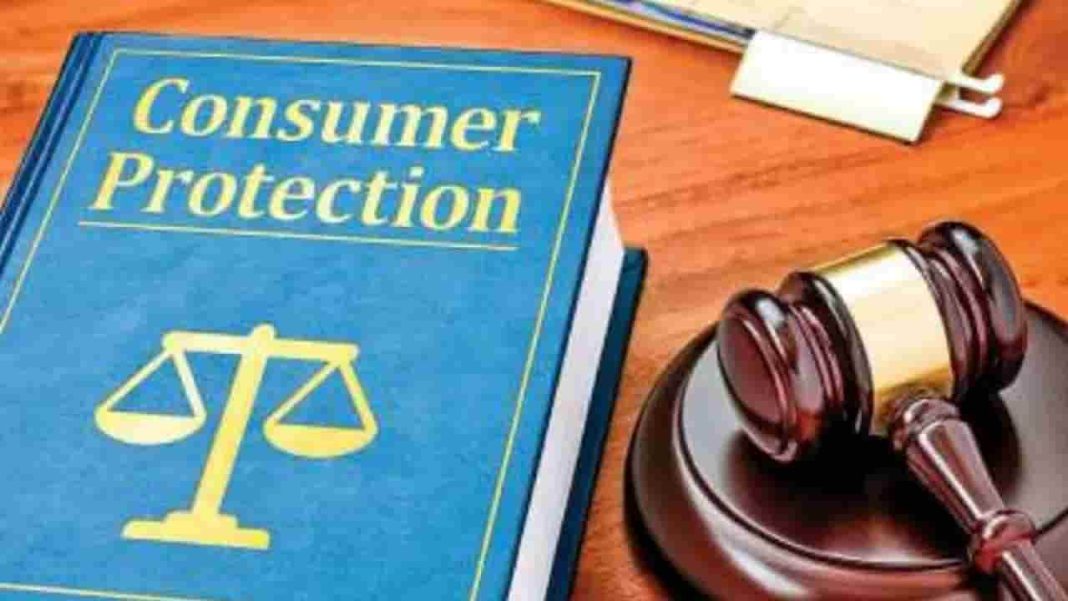 In a judicial act which fulfilled legitimate and reasonable constitutional expectations of justice, the Karnataka State Consumer Disputes Redressal Commission (KSCDRC) dismissed an appeal filed by M/s Pepsi­Co India Holdings Pvt. Ltd, which challenged an order by the Additional District Consumer Disputes Redressal Forum (ADCDRF order dated 01.04.2011) to stop printing different Maximum Retail Prices (MPRs) for the same quantity and quality of products. The ADCDRF had directed the beverages company to fix the same MRP for the same quantity and quality of products such as water bottles, Pepsi cans and Nimbooz bottles and print only one MRP.

Several features make this case remarkable. The first is that the ADCDRF upheld a complaint made in 2011 by five law students—Adithya Banavar, Abhimanyu Kampani, Aubrey Lyngdoh, Lakshmi Nair, and Ashwini Obulesh—then pursuing LLB at the National Law School of India University (NLSUI). It ordered Rs 5,000 compensation and Rs 2,000 litigation costs to them.

They found in a cameo 2011 empirical study that while the Mantri Mall in Palette Mantri Square, Bengaluru, sold a one litre water bottle of Aquafina, a 330 ml Pepsi Tin and 350 ml bottle of Nimbooz at Rs 20, Rs 50 and Rs 50 respectively, the same goods were available at Food World Super Market priced at Rs 15, 25 and 15, respectively. The grievance of the citizen consumer students was that an identical product was available at much cheaper rates at other retail shops, and this amounts to “deficiency in service” and “unfair trade practice” (under the Consumer Protection Act, 2019) by the manufacturer. The second noteworthy feature is that the order was appealed at all, and third, that it was finally decided in favour of the consumer students but a decade later. Each of the three features deserves equal attention.

Student litigations are remarkably few, but extremely significant in the social life of Indian law as illustrated in the founding phase of what I have named social action litigation (still miscalled by the Bar, Bench, legal academia and media as “public interest litigation”). How often they have filed petitions in person and argued these, what causes they have espoused, what impact they had on their own professional life and the social life of law are crucial questions. We should gather some messages about legal education and studies from such explorations, and I do hope that the Indian Law Institute, in collaboration with some national and other university law schools, may well initiate the studies.

I greatly appreciate that Professor Ashok R Patil of NLSUI brought this litigation outcome to my notice. But his contribution extends more fundamentally in encouraging classes to generally learn the law by putting claims of consumer justice to work and also pursuing in the wider sphere of reform of governance rationality through working with legislative and other public fora.

This tradition of involving young persons in consumer justice was started by Professor Manubhai Shah, his colleagues at India’s first organised movement (called Consumer Education and Research Centre, Ahmedabad, the CERC) and was strategically poised to avoid market fundamentalisms of capitalism and globalisation. Shah reinforced the fledgling social action litigation movement where we fought for transparency and social accountability of state and market forces. His foundational contribution led us to refer to him as the Ralph Nader of India. Someday, one hopes, advanced legal education and research will pause to notice the early trials and tribulations of the few founders of partnership of professionals pursing consumer justice in India.1

Pepsico appealed, and the ADCDRF on April 1, 2011, gave short shrift to the argument that the sale made at the premises of the Palette Mantri Square was not a “retail sale”, but an “institutional sale” and an excise tax as per Section 4A of the Central Excise Act was fully paid. It was held that the printing of “different” MRPs for the same goods is nothing but “an unfair trade practice” and a amounts to a “deficiency in service” which has “to be curtailed”.

Disallowing a further appeal, the KSCRC (comprising Justice Huluvadi G Ramesh, KB Sangannanavar and M Divyasree, in its order dated February 7, 2022), referred to Section 4A of the Central Excise Act and observed that it “only governs what would be the price on which excise duty would be calculated should there be different retail prices marked, depending on different geographical areas” but that, under the guise of that Act, does not allow differential pricing. Accordingly, it dismissed the appeal with a cost of Rs 10,000 to the respondents.

Thus ends the saga of the 2011 decade-old consumer justice quest in this case which itself has consumed a decade of interpretation. In the meantime, corporate Neanderthalism prevails. Multinational corporations, their affiliates and national enterprises must reorient corporate governance and stop treating the standards of corporate social responsibility (the soft law now finding a place of pride in the Indian Companies Act, 2013) as a rope of sand. Nor should the promise of quick justice to consumers be allowed to wither like blossoms in the dust.

No doubt academics, media and law reformers will continue to combat “delays” and I must confess early sounding of the bugle in my l982 book.2 Everyone is aware of enormous delays which mock the very idea of quick redress to consumers. But public lamentation in high places does not systematically ensure expeditious justice at the grassroots.

Most recently, Justice Pratibha Singh (of the Delhi High Court), expressing concern over the delay in the manner of functioning of the District Consumer Dispute Redressal Forum, Janakpuri, ordered a final disposal by December 20, 2021. She said that this was “a cause for consternation”: especially when the parties concluded evidence within one year of the filing of the complaint, the “delay of 14 years” has taken place and was unconscionable. In this matter, following the death of a 13-year-old, the bereaved father had filed a consumer medical negligence complaint against the Employees State Insurance Corporation and the Employees State Insurance Hospital.

A lack of quorum arises because of unfilled vacancies. A Kerala report entitled “Delayed Justice from Consumer Courts” by Mini Muringather3 highlights this chronic menace. She writes: “Non-functional for many months due to lack of quorum, the consumer forums, conceived in 1986 as a solace for the common man” have become a “paper” tiger. According to the available data, not even a single case was considered in Thrissur, Ernakulam, Malappuram and Wayanad districts in 2019. While just two cases were taken up in Kannur, three were considered in Kottayam and four in Alappuzha.

The vice of delayed appointments to courts is often depicted  as a political one,  but a multiparty mechanism for sharing political consensus is still not in place. As late as 2018, the Supreme Court of India4, directed that the UOI shall frame “objective norms for implementing the provisions related to the appointment of members respectively of the district fora, State Commissions”. It further directed that the model rules shall stand finalised soon. Pending further research on the present status of the model rules, surely, it is not too much to ask for an immediate solution for achieving Amrit Kaal (so insistently proclaimed by no less an authority than the prime minister of India). This time though, not even a silhouette of a wrinkle on cosmic time is a huge constitutional and political time of a quarter century.

The author is an internationally-renowned law scholar, an acclaimed teacher and a well-known writer

1 See the website of the Consumer Education and Research Centre, Ahmedabad, at cercindia.org
Not many people know of the intense association between the centre and tall Indian law academics, such as Professor D.N. Saraf, who wrote an authoritative treatise on consumer law in India while at the centre, Dr. Vasudha Dhagamwar of Pune University, and Professor S.N. Jain, the then Director of the Indian Law Institute. I was privileged with an intimate association with CERC and its various initiatives, till Professor Shah’s unfortunate departure from it.