How Long Should Judges Serve?

Justice L Nageswara Rao said that Supreme Court judges from the Bar should get a “minimum 7-8 years” in office. It is time to take another look at the appointment of lawyers and academicians to the Supreme Court through a structured selection process 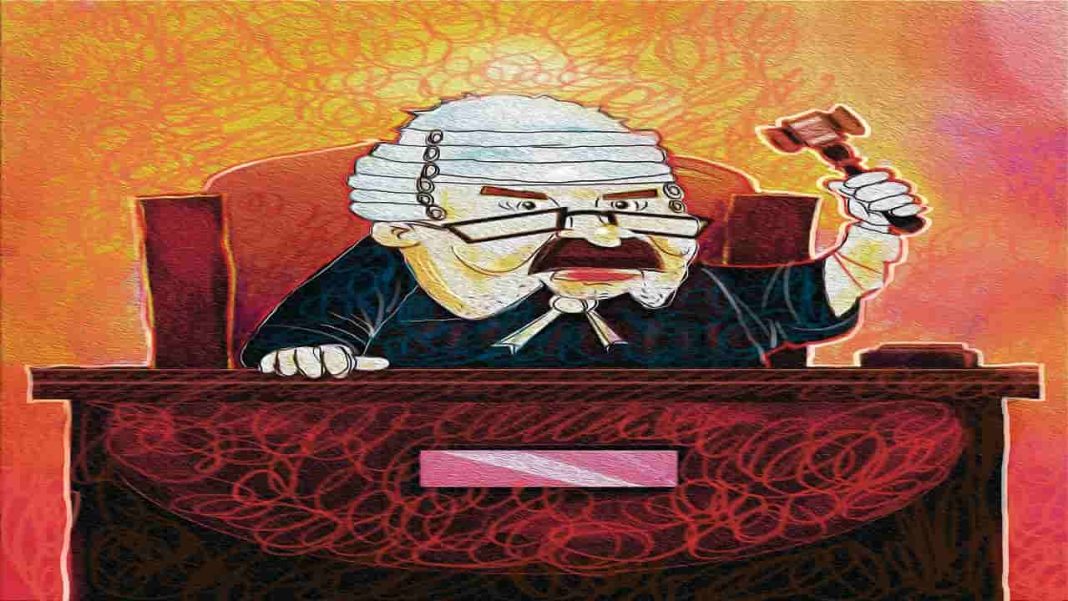 Judges should be on a high pedestal, above all other executive and legislative personages. If they had terms of at least 12 years, they would receive the respect they deserve. But please don’t trivialise the office of judges by giving them short terms, this is not good for the judiciary. Either increase their retirement ages or pick them up when they are younger. Of course, most judges never retire in the strict sense, they just step down from the Bench but remain useful in many ways, heading tribunals and commissions or sitting as arbitrators and even getting a chance to sit in the Rajya Sabha for six years after retirement.

It is a great pity that Justice L Nageswara Rao stepped down from the Bench on June 7, 2022, at the age of 65, after a very brief term on the Bench, but with many laudable judgments. We shall be hearing more from this remarkable judge who travelled from Guntur in Andhra Pradesh to Tilak Marg to adorn the Supreme Court for six years.

Recently, Justice Nageswara Rao, speaking at his farewell function organised by the Supreme Court Bar, said that those elevated as judges to the top court must get a “minimum 7-8 years” in office “if not 10 years” so as to get the best out of them. He added that when “judges who come here from High Courts, the average time they get is 4-5 years… By the time they come here and adjust to the court work here… it takes them 1.5 to 2 years to understand how the court functions here, because it is completely different from the High Courts”. He added that by the time they settle down, “they are looking at their retirement”. There is truth in what he said.

Most countries have worked out their own rules regarding terms of judges. Judges of the United States Supreme Court serve till death, retirement, resignation or removal. In the Supreme Court of the United Kingdom, judges sit till they are 75, but also get life peerage to enable them to sit in the House of Lords. In Canada, federal judges serve till 75 and provincial judges till 70, while in Australia, judges of the High Court and state Supreme Courts serve till 70. Germany has a unique system which gives judges of the Federal Constitutional Court a term of 12 years, but they must mandatorily retire at 68. Retirement ages of judges in India are far too low.

In our country, three out of four judges are practising lawyers, and are typically elevated to the High Court at about 50, giving them long years on the Bench. One judge out of four is from the judicial service and may have been a judge for many long years in the musty courtrooms of districts. It is very rare for a service judge to get a term longer than four to five years on the Bench. Surprisingly, there has been no appointment to the Bench of the Supreme Court from the academic stream. No one can deny that we have had many eminent academicians who would have done the Supreme Court proud with their deep theoretical knowledge and jurisprudential studies.

The first judge to be elevated to the Supreme Court from the Bar was Chief Justice Sarv Mittar Sikri, B.A. (Cantab), Bar-at-Law. He was Advocate General of Punjab from 1951-64 when he was elevated at 56 and remained chief justice of India for two years till April 1973. He retired a day after pronouncing the judgment in Kesavananda Bharti on April 24, 1973.

The next lawyer to be elevated was Justice Subimal Chandra Roy, Bar-at-Law (First Class First), at age 59 in July 1971 but sadly he passed away after four months.

There was a long gap before the next elevation to the Supreme Court took place. It was of Justice Kuldip Singh, also from the Punjab & Haryana High Court, though at the time of elevation in December 1988, he was Additional Solicitor General of India, and had been Advocate General of Punjab. Justice Kuldip Singh was nearly 58 at the time of his elevation, and served for seven years. He was a crusader for environmental justice, and would be popularly called “Green Judge”. More than this, Justice Kuldip Singh has been a champion for the Uniform Civil Code. His views are in his judgment in Sarla Mudgal (1995).

After another gap of about two years, the Supreme Court got Justice N Santosh Hegde from the Bar. He was nearly 59 and an Additional Solicitor General. Justice Hegde would serve for about six and a half years. Strangely, during those days, there was never more than one judge from the Bar on the Supreme Court Bench (not counting Justice Roy). But this situation was remedied with the elevations of Justice Rohinton Nariman, Justice Uday Umesh Lalit, Justice L Nageswara Rao and Justice Indu Malhotra. Of them, Justice Nariman got seven years, Justice Lalit shall get eight years including a few months as the judicial pater familias, but Justice Malhotra got only three years. When Justice Malhotra came to the Bench, there were four judges from the Bar; soon there shall be only one when Justice Lalit steps down: Justice Pamidighantam Sri Narasimha. He was born in May 1963, and served long years as Additional Solicitor General. He was elevated from the Bar in August 2021 and shall serve for almost eight years before retiring in May 2028 as CJI. It seems Additional Solicitor Generals are a good recruiting ground for direct elevation to the SC Bench.

One gets the sense that there is no clear policy of looking for suitable and capable judges from outside the High Courts. No eminent jurist has ever been elevated to the Supreme Court Bench. One can’t say that there is a dearth of outstanding academicians, but collegiums don’t want to look at them for appointment to the Bench. Likewise, there are many lawyers who can add value to the Supreme Court. Lawyers and academicians bring a completely fresh perspective to the business of judging. Unfortunately, the National Judicial Appointments Commission was found to be a non-starter because it did not conform to the doctrine of independence of the judiciary.

When there is an age of retirement, the term of a judge depends on the age he joins the Bench. A look at the terms of judges at various levels shall demonstrate that six years at the Supreme Court, our most supreme judicial body, is far too short. Lawyers enter the judiciary at three points, not counting direct appointment to the Supreme Court.

The first point of entry is by open competition which includes a written examination and an interview. Lawyers can write the examination soon after graduating from law colleges. Selection of civil judges follows a year’s training at a judicial academy, including a few weeks at a police training establishment and a revenue training school. Lawyers then work their way up the judicial hierarchy and may reach the next level of district judge.

A second window for lateral entry opens for lawyers with minimum 7-10 years standing, but they must be between 35 and 45 years. They also write an examination and face an interview. If providence favours and they have a good, clean record, they may get elevated to the High Court after 12-15 years, to get three more years.

The third entry point for lawyers is direct elevation to the High Court Bench. If elevated at 50 years plus minus two years, they would get 10 to 14 years on the Bench, which is a good, long term for them to make a difference in dispensation of justice.

It may be noted that the terms of judges at all levels get interrupted by transfer. This is such a colonial practice of controlling judges and should be done away with. If the judge’s judicial work is good and he is honest and hard working, he should not be disturbed. He should be transferred only on promotion or when there is some serious complaint based on verifiable facts which may not be sufficient for his dismissal.

Similarly, judges once appointed to a High Court must never be transferred. To uproot them once they have settled down and send them to a far off place where they neither know the local jurisprudence nor the local practices, laws or language, is a disservice to them and considerably weakens the administration of justice. The same is true of posting a chief justice away from his High Court. These policies should be re-examined. Frequent curtailment of the terms of judges by transfer impinges on the independence of the judiciary.

Perhaps now is also the right time to take a fresh look at the elevation of lawyers and academicians to the Supreme Court, to add diversity, value and intellectual strength. This should be through a properly structured selection process where vacancies are advertised, applications are invited, candidates are interviewed and their merit comparatively assessed.