Till recently, cooperative banks were ideal banking institutes for people in rural areas to meet their monetary needs. However, due to severe trust deficit and competition from tough industry competitors, they have witnessed an acute loss in business and are struggling to stay alive. 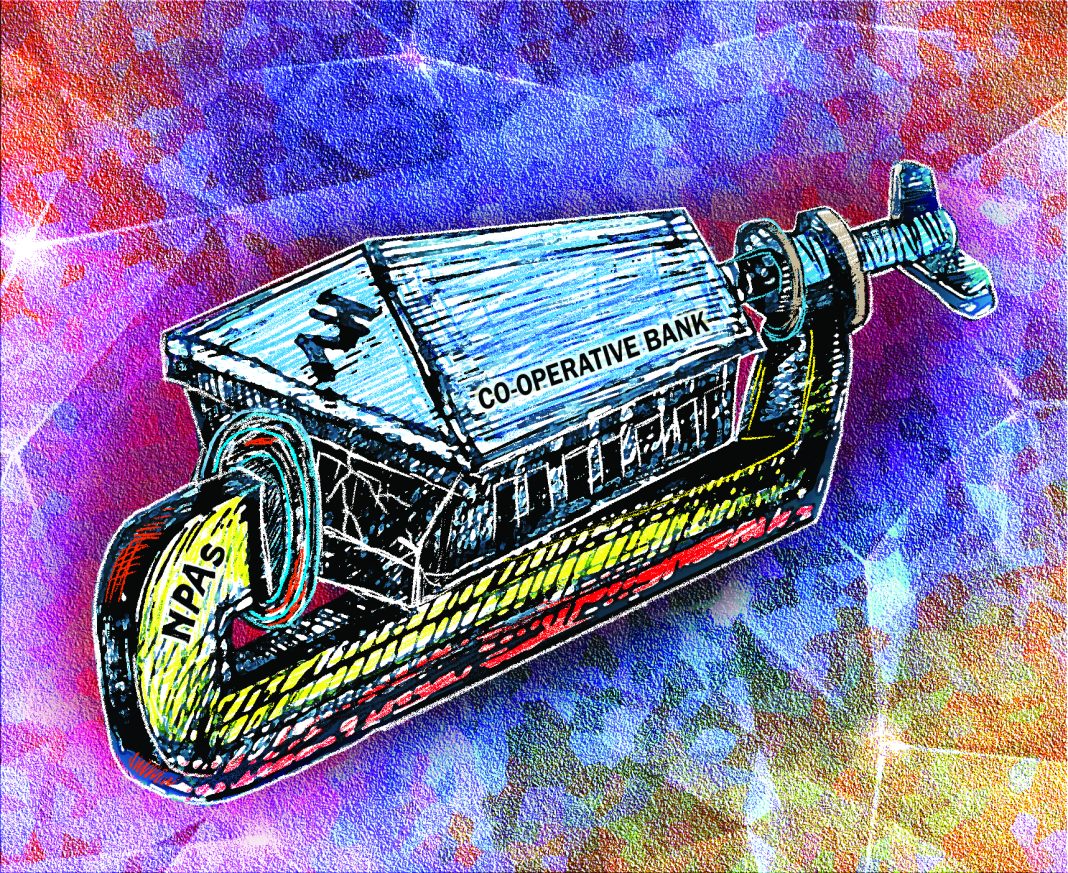 The connection between the selected managers of cooperatives and political parties is not unique in India. Such backing is common in many states and has frequently been the reason for banks going broke. The state of Maharashtra was in the news for the same reason, and now, it is the turn of God’s Own Country or Kerala.

At the end of December 2021, all cooperative banks in Kerala reported Non-Performing Assets (NPAs) amounting to Rs 20,324 crore which is approximately 38% of the loans and advances. A majority of these cooperative banks are managed by the ruling Left Democratic Front (LDF) government in the state.

The bad loan numbers are definitely worrying. Constant destructive floods and a deadly pandemic have severely harmed the agriculture sector in Kerala. Due to this, the sector has recorded negative progress in 2019-2020 and 2020-2021 which contributed to the mounting NPAs. In addition, two interconnected factors, such as political control or backing and the non-existence of strong regulations, have made the situation extremely worse. A large chunk of the operations of the Kerala State Cooperative Agricultural and Rural Development Bank Ltd, with primary agricultural credit societies as basic units, get away from the supervision of watchdogs, such as the RBI and the income tax department. The loophole and liberal supervision have helped several patrons like customers, promoters and the state government.

The cooperative organizations have more scope, unlike public and private sector banks, to lend funds generously to domestic customers, frequently on the basis of faith or sympathy or because of pressure from local political or social clusters. In the best case situation, they offer a defensive net against moneylending and lend an empathetic helping hand in times of trouble. In the worst situation, these entities become tools in the hands of politicians to give out opportunities or to park black money. In 2021, a cooperative bank in Karuvannur, Thrissur, managed by local CPM leaders, had gone under after a loan scam was exposed.

While the increase of NPAs is exhibiting an alarming trend, a banking source said that 38% of bad loans in the system are very high and unjustifiable. It also stated that such a high amount of bad loans would have compelled the RBI to bring the organization under the prompt corrective action outline applicable to commercial banks.

The Chief General Manager of Kerala Bank, KC Sahadevan, said its NPAs had been brought down to 12% by the end of the 2021-2022 fiscal year. He said that there was a special recovery drive in the last three months and when it was started, the NPAs were 25%. NPAs have been brought down to 12%, although the target was 10%. By the end of the next fiscal year, the bank wants to bring NPAs further down to 7%. He also said that since Kerala Bank was formed in November 2019, no bad loan had been written off.

Nonetheless, it is high time that the state government introduces some robust regulation and tackles governance matters connected with cooperatives. The cooperative segment has been a vital player in assembling and distributing capital in the state. The agricultural credit societies and cooperative banks relish high stages of faith among the people. These institutions are a lifeline for middle and lower-middle classes and their financial health is of utmost importance to the state economy. Therefore, these institutions have to be protected on a priority basis.

Once upon a time, cooperative banks were ideal banking institutes for people in rural areas to meet their monetary needs. These entities commanded the utmost faith of the local population. However, due to severe trust deficit and fight from tough industry competitors, they have witnessed an acute loss in business in recent times. Consequently, these organizations are now struggling to stay alive.

Cooperative banks have played a main part in delivering financial support to the rural segment. They started with an objective to encourage saving and investment habits, particularly in rural areas. However, in spite of the vital role played by the sector, its share in total agricultural lending moderated significantly over the years—from as high as 64% in 1992-93 to just 11.3% in 2019-20.

In the cooperative banking space, Urban Cooperative Banks (UCBs) have experienced greater decay in their advances and deposit growth. The downfall of UCBs like Punjab and Maharashtra Cooperative (PMC) Bank has augmented customers’ mistrust.

In 1993, the RBI relaxed the licensing policy for UCBs. As a result, numerous UCBs were born in India. However, around 33% of the newly licensed UCBs became financially flawed within a short period of time. The RBI’s Vision Document 2005 upturned the liberal licensing strategy while visualizing a multi-layered monitoring and administrative policy aimed at shoring up their feasibility. This comprised merger or amalgamation of weak, but worthwhile UCBs with stronger and sounder ones and closure of the unviable ones.

The RBI records that, since 2003, 385 UCBs have had their licenses cancelled or withdrawn, or have been merged with stronger ones. Considering the worrying condition, the RBI has been stiffening its hold on these banks. The previous big bank collapse in the cooperative sector was PMC Bank which plunged into a disaster following financial misdeeds and thoughtless advancing of funds. The RBI, which replaced the bank’s board in September 2019, is yet to work out a resolution for the lender.

In 2020, the RBI has released a total of 106 directives to co-operative banks either limiting their business activities or lengthening the tenure of prevailing guidelines. In many cases, the watchdog levied a monetary punishment. The RBI had imposed business restrictions in the cases of three banks where licenses were withdrawn. Eventually, those licenses were cancelled. These are Karad Janata Sahakari Bank, CKP Co-operative Bank in Maharashtra, and the Mapusa Urban Co-operative Bank of Goa.

The regular downfall of cooperative banks has generated a trust deficit among borrowers. With SFBs expanding ground and competition from SCBs taking a toll on their market, the UCBs will have troubling days ahead in terms of survival and new business acquisition.