The recent spike in cases is ample evidence that the SARS-CoV-2 virus has mutated. This, along with the lack of Covid-19 appropriate behaviour, has led to increased cases. Vaccination could stem that. 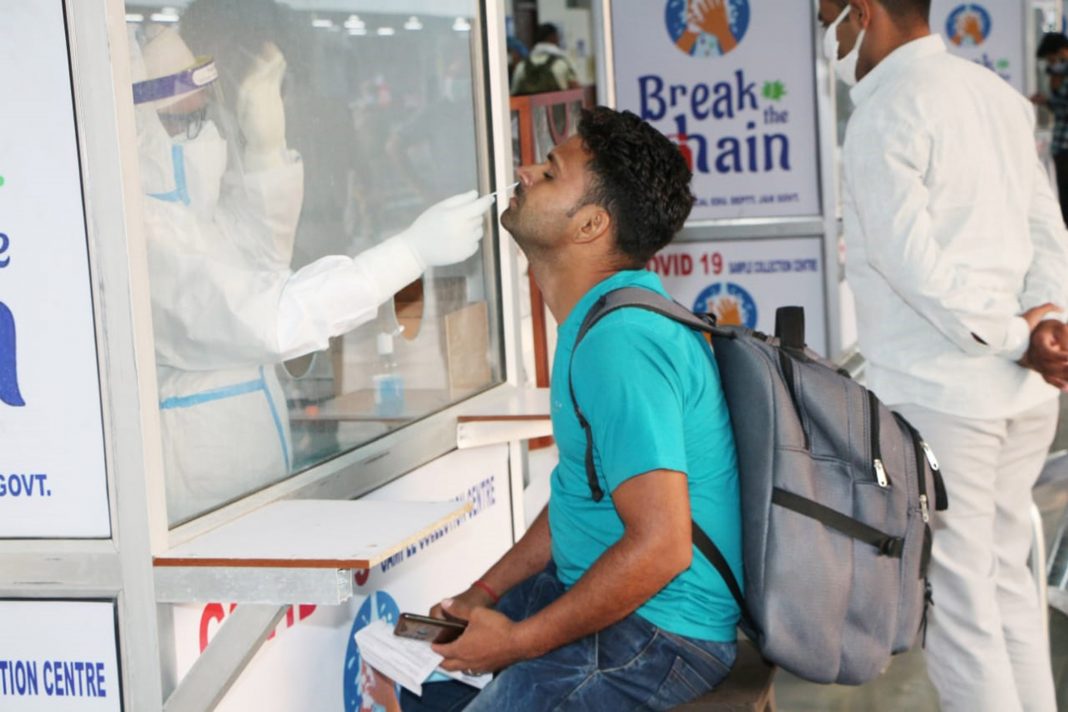 After a steady decline in active Covid-19 cases, the country is again registering a surge. Maharashtra, Kerala, Punjab, Tamil Nadu, Gujarat and Karnataka are continuing to show an increase. Together, they account for 85.95 percent of the new cases reported from March 2-3, as per the health ministry data. At 7,863, Maharashtra reported the highest daily new cases, followed by Kerala with 2,938 and Punjab with 729.

Several mutations of the SARS-CoV-2 virus have been identified in many parts of the world, including India. Worldwide, three major variants of the virus are circulating: the UK, South Africa and Brazil strains. The P681H mutation in Nigeria, Cluster 5 mutation in Denmark and S477N mutation in Australia were isolated ones and for this reason, they remained limited to those geographical areas and did not spread.

In India, the N440K mutation has been detected in Andhra Pradesh, Karnataka and Telangana. Two more mutations C1240Y and P84T have been seen in Kerala. Two new variants, E484k and N440k, are believed to account for the recent spurt of cases in Amravati and Yavatmal, the new Covid-19 hot­spots in Maharashtra.

Among all the new variants, the mutations of concern are the UK, South Africa and Brazil strains, which have travelled to many countries. These strains have not spread much in India and so far, 213 cases of these have been detected in India. The new variants are more infectious and spread quickly in humans, causing either milder or more severe disease, escape detection by specific diagnostic tests and may evade vaccine induced immunity.

There can be three reasons for the surge in cases: Mutation of the virus, Covid-19 inappropriate behaviour and a super spreading event. A combination of factors will create a wave or a new spike in cases. People are becoming less careful and ignoring the need to adhere to protective measures. They are going out for shopping, public functions, gatherings, etc. In Mumbai, people had started travelling in local trains. Hence, we now see whole families getting infected.

Another reason for the rise in cases can be the decline in community testing. The price of RT-PCR tests has been reduced. This may have led to a decrease in polygene testing, affecting diagnosis. A minimum of three target genes in RT-PCR must be available, otherwise mutations will be missed. A mutation can be suspected when molecular diagnostic tests are not as effective. Testing, tracking and tracing should be further strengthened.

Till date, India has administered more than 1.56 crore vaccines to healthcare and frontline workers. The second phase of the vaccination drive has started, which is now open to senior citizens and those above 45 years with co-morbidities. But our vaccination rate is very low compared to other countries like Israel. There is a need to aggressively focus on vaccination in states with a high number of cases to stop disease progression.

The second wave in most countries has been broader and larger than the first wave, meaning it causes more cases and lasts longer. On the other hand, small waves, which are slower and shorter, will keep on occurring. India as a whole showed one wave, but Delhi had shown three.

The virus is mutating at a speed of 1-2 mutations per week and new variants will continue to emerge. It is crucial to continue to practise Covid-19 appropriate behaviour, which includes physical distancing, correct, consistent and continuous use of face and nose masks, respiratory hygiene, hand washing, avoiding crowds and not letting one’s guard down if we are to win this battle.

I don’t think the present surge in cases will behave like a full-blown wave. It should die out in 3-4 weeks unless a new mutation comes. Even in the UK, South Africa and Brazil, cases are coming down. Out of these three, only the virus in UK is spreading and is now present in over 95 countries. It is likely to become the main virus by March-end, replacing the D614G mutation virus. The main reason why this virus is predominant is due to the presence of 69-70 deletions in the N terminal domain part of the spike protein of the virus.

In Maharashtra, we are seeing a surge in cases in new areas like Vidarbha. That only means that people in that area are not practising Covid-19 appropriate behaviour. What might have happened in Mumbai is that a superspreader mixed with a mutation infected a person, who then interacted with others due to the opening of congested local trains.

Israel and the UK have clearly shown that with the rising percentage of vaccinated people, the number of positive cases has gone down. In India also, with the massive vaccination turnover, and the fact that healthcare workers, elderly and those with co-morbidities are being covered, the number of cases and mortality will go down. Even if the numbers keep rising, as long as the mortality is low, we will be able to overcome the condition.

With the opening of schools, we can expect small waves here and there among children, but that should not bother us as those less than 12 years usually carry no mortality.

Remember, the basic purpose of the vaccination drive is to prevent moderate and severe cases, ICU admissions and mortality. Till today, nobody has died of a Covid-19 re-infection or a post-vaccination Covid infection. That itself should give us some hope.