India is waking up to transgenders and their rights with various states absorbing them in the police and other jobs. But until societal mindsets change, their total integration will be slow. 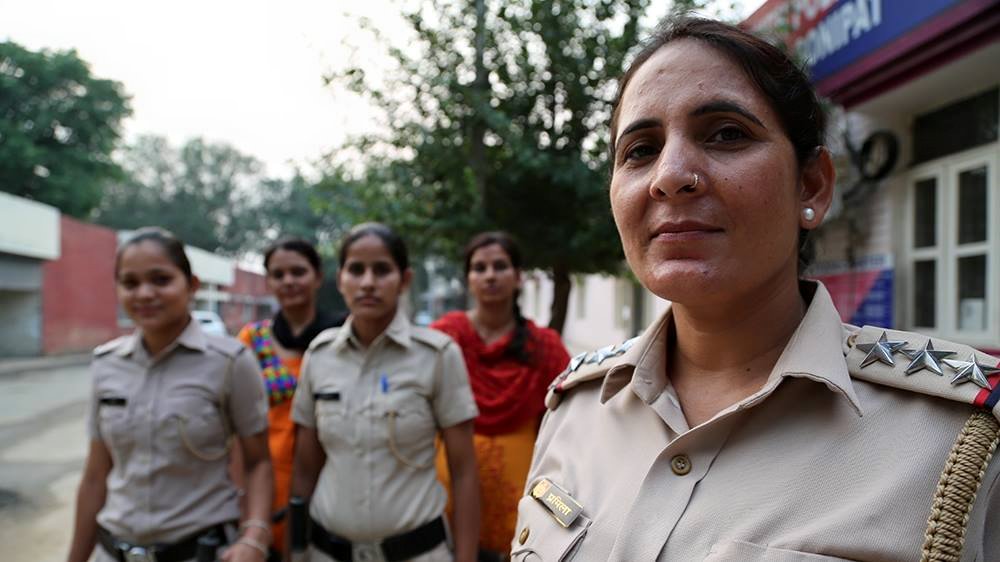 The rights of transgenders in India got a fillip recently when the Chhattisgarh police recruited 13 of them as constables in four districts of the state. This was after the Chhattisgarh Constable Recruitment examination results for 2019-20 came out on March 1.

Their rights also got the attention of the Patna High Court recently when the Bihar government underscored the need to give them employment in government jobs and put forward revolutionary measures to be undertaken. However, their percentage is very low in the state and due to the eligibility condition for the posts of constables and sub-inspectors, their entry into such jobs would also be low, said an affidavit of the state government.

The government then submitted that it was going to create a separate unit of transgender police personnel named Special Unit (Transgender) under the superintendent of police (SP) in a district. “Such steps would change the perception of general public towards the transgenders in the society,” the affidavit says.

It was in December 2020 that the Patna High Court had sought to know what was being done to let transgender community candidates apply for the posts in the police department. In January 2021, the Bihar government, by way of a notification, suggested reservations for the appointment of transgenders as constables and sub-inspectors.

Though the move of the state government is progressive and may correct some of the social wrongs, will the general public bring about a change in their perception towards the community? So far, transgenders have been exploited in the name of cheap sex. They are usually considered nothing more than street entertainers. However, some transgenders have also been elected as corporators and are popular.

Talking about their entry into the police seems novel and the general public may have reservations about it. But just like women broke the glass ceiling in all jobs, transgenders too will have to do so, with some help. Even women’s initial entry into the police was not welcomed as there was a general perception that they wouldn’t be able to meet its exacting physical parameters.

I started the first All Women’s Police Station in Sonepat, Haryana, when I was the SP there in 1995. I had difficulty posting a woman SHO there as none was available. With great difficulty, one ASI had to be brought in after approaching the Haryana Police Headquarters. She is now a Deputy SP. Haryana now has one all-women police station in every district. This speaks volumes about the difficulties faced when introducing new things.

In the same way, one wonders how transgender candidates will be accepted and what are the psychological problems they will face when treated differently. But once they are endowed with power, authority and dignity, things should fall in line.

Kerala is the first state to declare a transgender policy after a landmark judgment of the Supreme Court in 2014 firmly established the right to equality and equal protection for transgender persons. Kerala’s policy provides for a gender option in all application forms in its departments. This is an effort to reach out to this marginalised section. Their identities are clearly stated in the Transgender Personnel Protection of Rights Act, 2019. The policy recommends the establishment of district-level transgender boards that can register and issue identification cards. This is in conformity with the Supreme Court judgment.

While applying for a job, transgenders will have the option to choose their gender as man or woman as held by the Bombay High Court in a reference to the Transgender Persons (Protection of Rights) Act, 2019 in January this year. The Calcutta High Court too has favoured transgenders being treated equally. The Bihar government is in the process of providing selection and appointment of constables from the transgender community to the Central Selection Board of Constables.

Unfortunately, in India, change happens slowly and people are reluctant to accept things which are different. A UP IPS officer, DK Panda, once created quite a stir when he came for a maintenance case by calling himself “Doosri Radha”. He arrived in court with his head covered with a dupatta, wearing anklets, a nose ring and vermilion on his forehead, singing and dancing.

He was reprimanded by the Allahabad High Court for dressing up as a woman and faced official action for flouting the police dress code and service norms. It was a first in India.

In another case, a former director of Madhuban Police Academy in Haryana spoke about a special concession he gave to a woman constable who always wore a male uniform and not the one prescribed for women. She was charge-sheeted, but in her reply she stated that as she was small-breasted, she felt awkward wearing a woman’s uniform. She preferred quitting her job than wearing it. She was ultimately permitted to dress the way she wanted, keeping her human rights and dignity in mind.

However, in many countries, there is wider acceptance of a person’s individuality. In 2002 during an assignment for Indian police officers under the aegis of the British Council, I visited Rugby Police Training School near Coventry in the Midlands, UK. We saw half-a-dozen trainee officers wearing uniforms, but with heavy tattoos all over their bodies. It was a strange sight.

When we questioned them, Sir Edward Crew, the Chief Constable of Mid­lands, said:

“We respect human rights even of our policemen and women. We consider tattoos to be their personal choice as a human being and it doesn’t interfere with their output as an officer.”

In developed countries, the rights of transgenders are recognised. But there are critics too who question whether treating LGBT persons equally might jeopardise the safety of women and children. But in the US, 18 states and over 200 cities have passed and successfully implemented laws that protect lesbian, gay, bisexual and transgender people from discrimination in public accommodation. It is stated that there has been no increase in public safety incidents due to them. Anyway, the incidence of crime is generally not gender-related. In some societies, transgenders are hated and exploited for sexual gratification, but once they are empowered, things will improve. It is not surprising to see transgenders working in some of the top malls in Delhi without attracting any attention.

In fact, secret and surveillance related jobs can be performed by transgender cops in a better way. They can also work on women and children related crimes. Eve teasing, stalking and securing a safe environment in busy public places can be assigned to transgender cops.