On October 16, the global focus is on the basic necessity for a person’s existence—food. The first World Food Day was observed in 1945 to denote the inauguration of the Food and Agriculture Organization of the United Nations. The recent Global Hunger Index report is a reminder that the Covid-19 pandemic has taken its toll on food security, including in India. 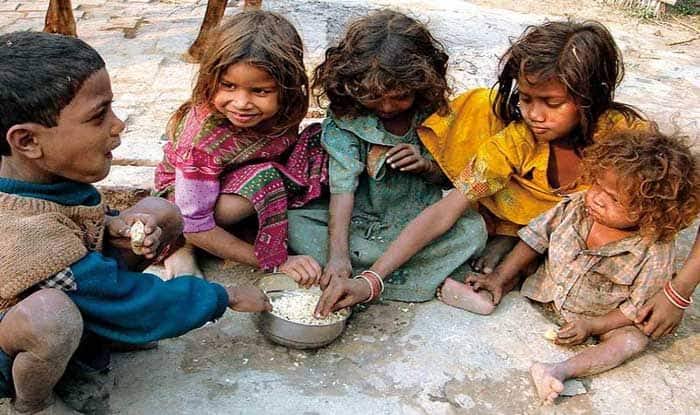 The 2021 Global Hunger Index (GHI) report was released on the World Food Day (October 16) and against the background of the United Nations Food Systems Summit. The report narrated hunger and food structures in conflict situations and pointed to a gloomy hunger condition stimulated by a noxious cocktail of the climate catastrophe, the deadly pandemic and increasingly harsh and prolonged internal conflicts. Advancement towards zero hunger by 2030 is exhibiting distressing signals.

The GHI is a peer-assessed yearly report—mutually published by the Irish aid agency, Concern Worldwide, and German organization, Welthungerhilfe— intended to systematically gauge and track hunger at the global, regional and country levels. The objective of GHI is to activate action to decrease hunger around the world. The theme-tune for 2021 is: “Our actions are our future—better production, better conviction, a better environment, and a better life”, underscoring the different instant and long-lasting merits of consuming harmless and healthy food.

The GHI scores are computed annually to evaluate improvement and hindrances in counter attacking starvation. The index is devised to increase familiarity with and understanding of the tussle against hunger, offer a mode to compare stages of hunger among nations and regions and appeal for attention to those zones of the world where hunger levels are maximum and the necessity for extra efforts to erase hunger is extreme.

The GHI concludes hunger on a 100-point scale, where 0 is the best possible score (no hunger) and 100 is the worst, based on values of these four indicators. Every nation’s GHI score is categorised by severity—from low to enormously disturbing.

The 2021 GHI scores comprise facts and figures from the years 2016 to 2020. Nations with scores inside the scale of 20.0 to 34.9 are considered as nations struggling with severe hunger. High-income nations and those with very few residents are omitted from the assessment. The data relating to undernourishment or malnutrition is gathered from the UN Food and Agriculture Organization. The data relating to wasting and stunting are collected from UNICEF, WHO, World Bank, and Demographic and Health Surveys Program statistics. The data about mortality figures are assembled from the United Nations Inter-Agency Group for Child Mortality Estimation.

On our planet, every night, one out of seven people goes to bed hungry. As the Covid-19 pandemic has worsened the poverty and hunger calamity, the condition in India looks predominantly ugly. As per the GHI report, India has dropped many notches to be positioned in the 101st spot among 135 countries and is now behind Pakistan (92), Bangladesh (76), and Nepal (76). India was in the 94th position in 2020 and in 2014, when the Narendra Modi government took office, India was ranked 55.

India’s GHI score has diminished from the 2000 GHI score of 38.8 points to a 2021 GHI score of 27.5 which is serious and a matter of grave concern. The ratio of the undernourished in residents and the under-five child mortality rate are presently at moderately low levels. Whereas child stunting has seen a substantial reduction—from 54.2% in 1998-1999 to 34.7% in 2016-2018, which is still measured very high, India has the maximum child wasting rate of all nations roofed in the GHI which is 17.3% and it is marginally more than it was in 1998-1999 when it was 17.1%. The data from 2019 indicate that 3.4% of children die before turning five years old.

Although we have excess food, most farmers with small holdings are losing access to food. The first and the prime reason is that agricultural production from small holdings is either sluggish or decreasing due to reduced soil fertility, split lands, or varying market prices of farm crops. Approximately 50 million families in India are reliant on these small holdings. Secondly, the comparative revenue of one section of people has been on the downslide. This has had a negative influence on their ability to acquire adequate food, especially when food prices have been rising. Thirdly, the type of work a portion of people has been doing is less lucrative or there is less chance to get lucrative work. Fourthly, the public distribution system of the nation is not performing well or is not reachable to all. The shrunken rural employment sector and the absence of income prospects other than the agricultural sector have led to increasing unemployment in rural areas. According to the 2017-2018 report of Periodic Labour Force Survey, rural unemployment mounted at a worrying 6.1%, which was the sharpest since 1972-1973.

To conclude, apparently the government of India is not happy with the GHI ranking and has moved into denial mode. In an official refutation, a spokes­person said that the report has been issued without due diligence. It is a pathetic reply when the government is incapable of providing any methodical realistic evidence to prove the contrary. India loses up to 4% of its GDP and 8% of its productivity due to child malnutrition alone. Unfortunately, India’s food security and nutrition disasters are on the low priority list of the government. The poor policy of the government is overlooking the long-term adverse effects of this crisis.

The government must address one of the biggest challenges facing the country immediately and change the policy accordingly. Many economists and leaders have raised red flags in this regard. Whether anyone is listening to their concerns and will truly pay attention to what they are saying is anyone’s guess. In the meantime, the centre should at least take cognisance of the words of Mahatma Gandhi: “God comes to the hungry in the form of food.”