Even as many nations are battling the deadly pandemic, India, a world leader in health, has lent a helping hand by exporting vaccines to them. This diplomatic move could also help in medical tourism. 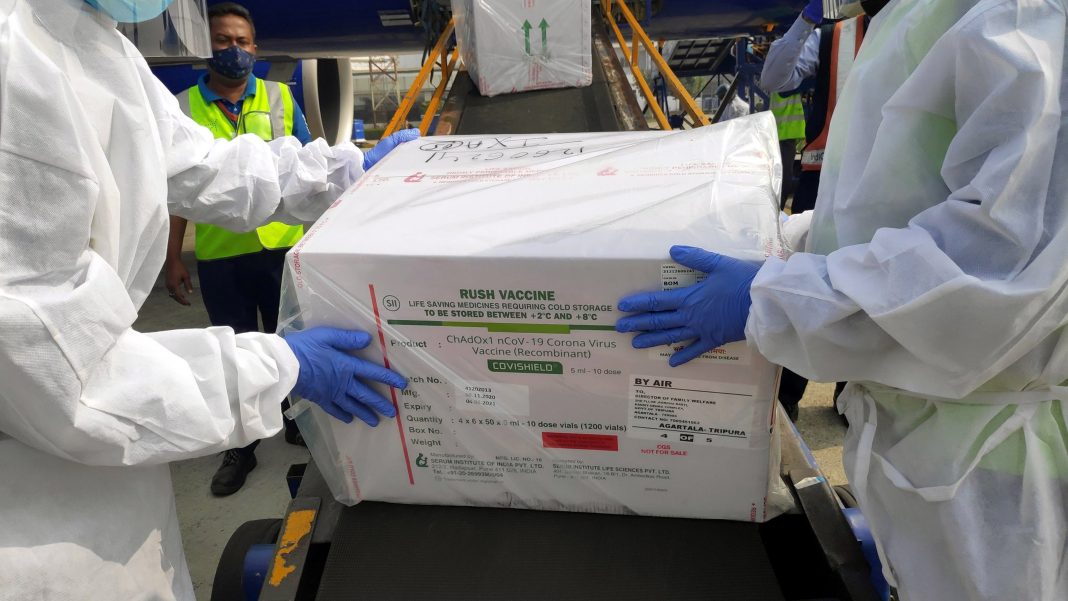 During the pandemic, India proved to the world that it has the best medical facility in comparison to most developed countries. India even reached out to supply Covid-19 medicines such as hydroxychloroquine and remdesivir, diagnostic kits and equipment such as masks, gloves and ventilators. Many of these supplies were given as gifts to partner nations. India also conducted virtual camps to train healthcare workers, especially on how to conduct tests.

Even during this stressful time, India managed to work day and night to develop a vaccine for Covid-19. On January 16, it began its vaccination drive and close to six lakh frontline and healthcare workers were vaccinated. India is one of the world’s biggest drug-makers and an increasing number of countries approached it for procuring the vaccines Covaxin by Bharat Biotech and developed in collaboration with ICMR and the National Institute of Virology, and Covishield made by the University of Oxford with Astra­Zeneca and manufactured by the Pune based Serum Institute of India.

Recently, the government asked for 45 lakh more doses from the makers of Covaxin and even allowed the manufacturers to provide vaccines to other countries. The first batch of one lakh doses of Covishield was delivered to Bhutan and Maldives. In addition, Nepal and Bangladesh too have received the vaccines. All four got it under the “Neighbourhood First” policy. Many other countries are in line to receive the vaccine from India.

The ministry of external affairs has said that India will supply the vaccines to partner countries over the coming weeks and months in a phased manner, keeping in view the domestic requirements. With this, India has proved that it is the leading country in the field of medicine. Besides cementing diplomatic ties with other countries, it will also help increase medical tourism.

It is a matter of pride that Brazil floated a message comparing the delivery of the Covid-19 vaccine to Lord Hanuman bringing the Sanjeevani plant. This confirms that India’s act of giving vaccines to other countries is a life-saving event.

In international relations, gratitude is usually a highly overrated commodity. In the 1950s, the Soviets undertook the largest transfers of capital equipment by providing China the wherewithal to set up industries, machinery, aircraft, cars, trucks, precision instruments, etc. But by the mid-1960s, the Chinese viewed them as enemies. In 1960, the US provided India with massive aid to modernise its education, scientific and technical capacity and bio­technology and food aid for the Green Revolution. But by 1971, India and the US almost came to blows.

By that measure, the vaccine thrust is relatively modest some five million free doses to Bhutan, Maldives, Nepal, Bangladesh, Myanmar and Seychelles. There is another category of export to Saudi Arabia, South Africa, Brazil and Bolivia, which is strictly commercial.

However, while the vaccine diplomacy will help India’s reputation, it can also hamper its relation with countries at the same time. For example, the delay in the arrival of Covishield irritated Brazilian President Jair Bolsonaro as his centrist rival, Sao Paulo governor Joao Doria, had promoted the vaccine developed by Chinese lab Sinovac, along with a local partner, and had already begun vaccination.

In addition, in April 2020, US President Donald Trump warned India of retaliation over its decision to ban the export of hydroxychloroquine, an anti-malaria drug that was being tested as a possible treatment for Covid-19. “I spoke to him (Indian Prime Minister Narendra Modi) Sunday morning, called him, and I said we’d appreciate you allowing our supply (of hydroxychloroquine) to come out. If he doesn’t allow it to come out, that would be okay, but of course there may be retaliation. Why wouldn’t there be,” Trump had said. That was the time when India’s trade regulator had announced a ban on “exports of the drug and its formulations”.

It’s not clear whether India is exporting the domestically devised Covaxin: this would be unconscionable considering that Bharat Biotech, its maker, is yet to report any data from its Phase 3 clinical trials. Incidentally, Bharat Biotech has applied for emergency use approval for Covaxin in the Philippines. In India, people have to sign consent forms before getting a shot of this vaccine as the national drug regulator has approved its rollout in “clinical trial mode”.

But in the bid to do vaccine diplomacy, India must not forget its own citizens and should ensure that there is no shortage of Covid-19 vaccines within the country. Incidentally, India is not the only country using Covid-19 for improving its diplomatic relations.

Even China is trying to change the Covid-19 narrative and show itself as a benevolent nation. It received a lot of backlash as coronavirus had originated in Wuhan, and the country had been quite secretive about it. Anyhow, now China is sending masks, PPE suits, gloves, testing kits, ventilators and other health equipment to countries such as France, Italy and various Central and East European countries. Chinese foundations like Alibaba and Jack Ma also provided aid to various European countries.

In contrast to China, India doesn’t have an image issue in pursuing Covid-19 diplomacy. But it has few other instruments to influence neighbourhood opinion such as loans, grants and military equipment. China is way ahead here. So if India is riding on the back of these vaccines to gain friends and influence in the region, we should not blame and criticise the government.

However, at the same time, this diplomacy must not be at the cost of its own population. So protection for vulnerable Indians should not be delayed as that can mean more illness and death. It is the constitutional duty of the government to provide the vaccine to its population as enshrined in the Directive Principles of State Policy. If the government continues to donate the vaccine to other countries and ignores its own population, it would amount to a failure in discharging the constitutional obligation under Article 47 and denial of guarantee under Article 21 which says: “No person shall be deprived of his life or personal liberty except according to a procedure established by law.”

Right to adequate healthcare flows from the sanctity of human life and the dignity that belongs to all persons. Health is a fundamental right, which has as its prerequisites social justice and equality. It should be accessible to all. The right to health is not simply the right not to be unwell, but to be well. It encompasses not just the absence of disease or infirmity, but “complete physical, mental and social well-being”, and includes freedoms such as the right to control one’s health and body and to be free from interference (for instance, from non-consensual medical treatment and experimentation), and entitlements such as the right to a system of healthcare that gives everyone an equal opportunity to enjoy the highest attainable level of health.

By invoking the provisions of the Epidemic Diseases Act and the Disaster Management Act and by administering the vaccines to frontline workers under theses enactments, the government has taken upon itself the obligation and responsibility under Article 47 to save and protect the lives of the public at large from this pandemic.

India, anyway, can afford to do vaccine diplomacy due to many reasons. It has reached near-herd immunity, with surveys showing that over 50 percent of people in Delhi have developed antibodies.

At this time, the priority is to vaccinate around 10 percent of people to acquire herd immunity. India wants to vaccinate 30 crores over the next six months. The excess doses can be donated to neighbouring countries. In addition, with rising mutations, it is important to get newer generations of vaccines. India, anyway, has the capacity to manufacture more and more vaccines. Besides this, Zydus vaccine is also on the verge of completing its trial, while Pfizer and Moderna vaccines may also be launched here soon.

The world can look to India to lend a helping hand in this time of crisis.