The farmer’s son travelled a great distance to become a candidate for vice-presidentship. His stint as governor of West Bengal and taking on fiery Mamata Banerjee cemented his selection for the august office 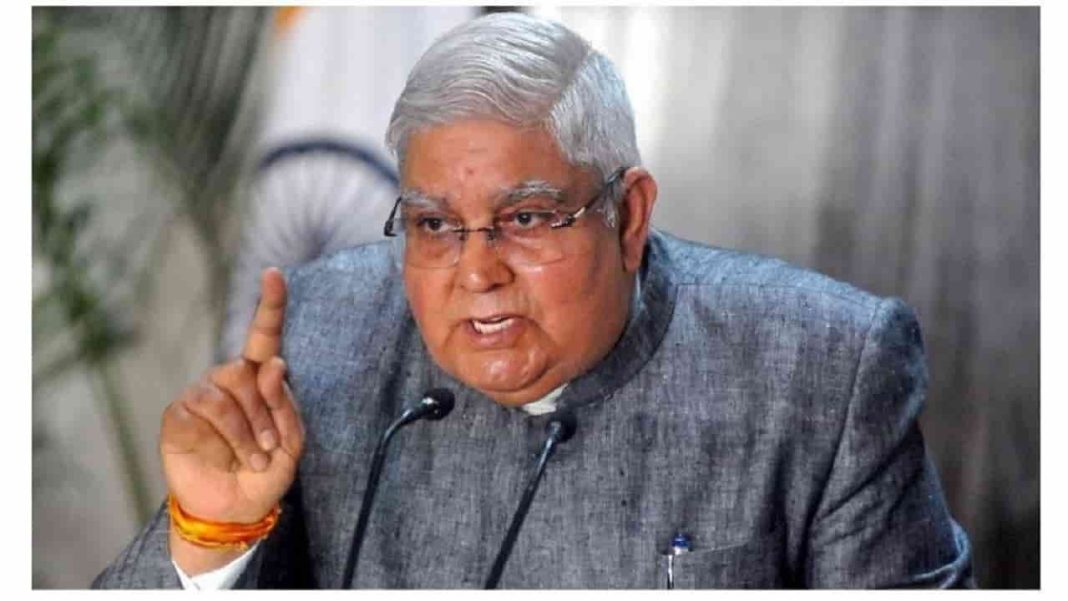 The NDA has declared Jagdeep Dhankhar as its candidate for the office of vice-president, the second highest constitutional office in the country. If elected, he will be the first farmer’s son elected to this august office. BJP president JP Nadda called him a “Kisan Putra” who had established himself as a “People’s Governor”.

Given the numbers in the hands of the NDA in the electoral college which elects the vice-president, most probably he will be elected. He will, thus, become the second Jat leader to reach a high constitutional office after Chaudhary Charan Singh who had become the prime minister in 1979 for a short period.

For the community of farmers, it is indeed a matter of great pride that one of their own is going to be elected to the second highest constitutional office in the country. In India, the children of farmers face several difficulties and hurdles in getting good opportunities. As Dhankhar is a lawyer by profession, the lawyer’s community is also elated that he may occupy this office.

Dhankhar belongs to Rajasthan and was born in a farmer’s family in 1951 in district Jhunjhunu. He is considered a self-made man who achieved all heights because of his hard work, sincerity and commitment. He started legal practice at the High Court of Rajasthan. He has been in public life for more than four decades.

He became a Member of the Lok Sabha in 1989 on a Janata Dal ticket at a young age and was lucky to get guidance from Chaudhary Devi Lal, popularly known as Tau Devi Lal, in Parliament. Prime Minister Chandra Shekhar was also fond of him and appointed him Union minister of state for parliamentary affairs. When the Chandra Shekhar government demitted office, Dhankhar returned to law practice in Rajasthan High Court, but did not change his political commitments as most politicians do after losing power.

He continued his struggle as he was deeply committed to the welfare of farmers and weaker sections of society and never hesitated to speak for them. He also remained a Member of the Rajasthan Legislative Assembly from Kishangarh constituency in Alwar. After a long time, he became active in politics once again and joined the BJP because of Prime Minister Narendra Modi’s leadership and image.

After joining the BJP, Dhankhar got a responsible position in 2019 as governor of West Bengal, mostly considered a tough state where Mamata Banerjee is the chief minister. His training as a lawyer helped him to check constitutional excesses and violations committed by the Trinamool Congress (TMC). He visited several places in West Bengal and was an active citizen governor who keeps himself busy in public service. He had differences with Mamata Banerjee on various issues, including the law-and-order situation in the state and he utilised all his powers to check the government’s excesses. However, the media and the TMC also accused him of ex­cee­ding his constitutional powers several times.

Also, Dhankhar effectively used his powers under Article 167 of the Constitution to monitor the functioning of the TMC government and kept the Union government informed about the West Bengal government. He got full support from the Union government and sent a strong message to the TMC that the governor was not a rubber stamp. It was a difficult task to work as governor there as often his remarks were met with severe criticism by the TMC leadership. The BJP leadership got im­pressed with his work as governor and selected him for the office of the vice-president.

Dhankhar’s main function will be centred around the Rajya Sabha as its chairperson. He will have to keep a balance in the House and treat all political parties equally. He will be the link between the government and the Opposition. Rarely does the vice-president act as acting president of India. It is believed that he will conduct the Rajya Sabha proceedings effectively as he has been a lawyer of the Supreme Court and High Courts.

In his media statement, Prime Minister Narendra Modi appreciated his contribution to the legal profession. “He is also well-versed with legislative affairs. I am sure that he will be an outstanding chair in the Rajya Sabha and guide the proceedings of the House with the aim of furthering national progress.”

It is hoped that Dhankhar will be a great defender and protector of the Constitution, India’s parliamentary democracy and national dignity. He should strive to build better relations between the government and the Opposition and protect the collective dignity of Parliament, the greatest temple of our democracy. This is what the nation expects from him. His election will obviously be good news for the farming community. Being a farmer’s son myself, I wish him all the best for his new constitutional journey.