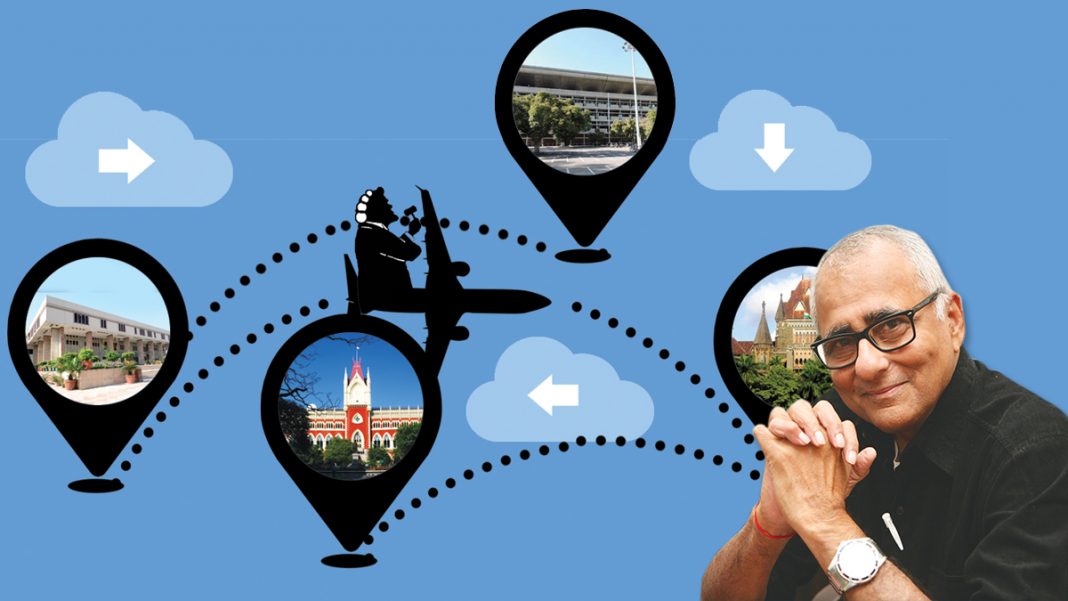 In this issue of India Legal magazine (November 16, 2020), Justice Kamaljit Singh Garewal, one of the most eminent and illustrious retired jurists of the Punjab and Haryana High Court, elaborates on a subject most members of the judicial community talk about but rarely commit to writing and analysing: The transfer of judges.

Our editors decided to put Justice Garewal’s thought-provoking dissertation on our cover page because we believe, as he does, that it is a policy that needs revision as part of the larger imperative of judicial reforms.

While the transfers of High Court judges may be constitutionally permissible, they may not be necessary. Ending transfers of judges will make High Courts judicially strong, effective and independent is what the judge argues forcefully and convincingly as he delves into the historical perspectives of this practice and its evolution.

Justice Garewal reminds us that while the territory of India hasn’t changed except for the inclusion of Goa and Sikkim, ongoing re-organisations, mergers and divisions of states have been continuous projects. These steps were mostly to meet regional or linguistic demands or for administrative and political considerations. “One just has to spread out the 1950 map of India to see the territories of Part A, B, C and D states. Each part of India was constitutionally required to be served by a High Court so that each citizen had a High Court above him to protect his rights,” writes Justice Garewal.

Transfers were the order of the day to ensure that judges, because they were not in sufficient numbers, in rotation could serve communities spread over vast territories. This ensured access to justice under the rule of law to as large a segment of the population as possible.

It was a complex weave. Here’s an example from Justice Garewal’s brilliant exposition: The Lahore High Court covered the Punjab province from Peshawar to Delhi and beyond. On the day of Independence, East Punjab High Court came up at Simla and assumed jurisdiction over present Punjab, Haryana, Delhi and large parts of present Himachal (except the princely hill states). Later, Patiala and East Punjab States Union (PEPSU) High Court got merged with it in 1956. The Court had moved to Chandigarh a year earlier. Delhi High Court, a bench of the parent Punjab High Court, separated in 1966, and surprisingly, Himachal right up to Kangra, Kullu, Lahaul and Spiti came under a bench of the Delhi High Court from 1966, till the Himachal Pradesh High Court was created in 1970.

Before the promulgation of the Constitution, there were only 11, now there are 25 High Courts. Therefore, the transfer of a High Court judge may not be necessary anymore. “State judiciaries have settled down on a permanent basis,” writes Justice Garewal. “The transfer policy needs revision, and all transferred judges should be transferred back to their parent High Courts. The Constitution has given the power to the president to transfer High Court judges. The question is not the existence of power, but the frequent exercise of the power to transfer. Ending transfer of judges shall make High Courts once again judicially strong, more effective and independent.”

Justice Garewal’s adumbration of his principal thesis is a powerful weave of historical jurisprudential evolution in the context of the compulsions of the formation of the modern, constitutional Indian state and the administrative acumen required to deal with its complexities. And his prescriptive essay deserves close reading.   Suffice it to say that it convincingly justifies his conclusion that under the Constitution, each state has its own executive, legislature and judiciary. The governor, the chief minister and his council of ministers, the Speaker and the legislators and the chief justice and his companion judges, all perform sovereign functions.

“No head of the state executive or legislature can be transferred. This must also be the rule for the state judiciary. In no other country are judges transferred from the court after appointment. One can never conceive of a judge from New York being sent to Texas or a judge from Scotland to Wales.”

Did you find apk for android? You can find new Free Android Games and apps.
Share
Facebook
Twitter
Pinterest
WhatsApp
Previous articlePlea in Supreme Court asks for direction to Maharashtra governor to nominate MLCs from quota
Next articleNovember 16, 2020