As the government finally readies for the IPO of Life Insurance Corporation, a look into why perhaps it should not rush in. 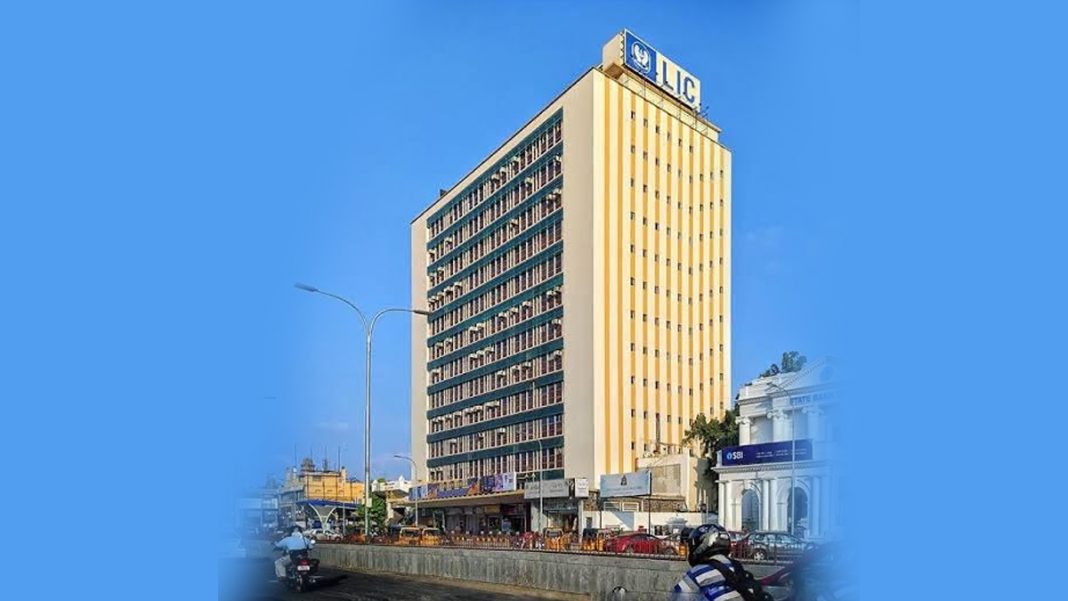 Aligned with the spread of the Covid-19 pandemic worldwide, there has been a late growth in the demand for mortality insurance or life insurance. This follows an expected stagnation, with severe lockdowns hampering business. While the average return to the investor in this sector has always been uncertain, according to a report prepared by McKinsey late last year, titled “The future of life insurance: Reimagining the industry for the decade ahead”, there has been rising interest among the public to get insured. The interest spike has generally been because of the uncertainty of times.

This trend has been universal, with it being higher in emerging economies, including India. What the report says is that around the world and in emerging markets, specifically in Asia, the burgeoning of this sector has become a sort of growth driver, accounting for more than half of the global premium growth. The entire growth comprises “84 percent of individual annuities growth”.

This late spurt in this sector has benefitted governments that have stayed invested in it. Early reports say that India’s private insurers (in the life segment) have recovered well from the early Covid-induced market stagnations.

According to latest data, as available in various news reports that quoted the state regulator, there was a 13.7 percent growth in premium collection year-on-year for India’s private life insurers. This is the August 2020 figure and is in sharp contrast to the 6 percent growth in July last.

This came after severe contractions across the board, effected by the lockdowns.

However, this is hardly the benchmark. During the same spurt period, at the state owned Life Insurance Corporation of India (LIC), new business premiums grew by 15 percent in August. Not just that, their business shrinkage during the high flow of Covid-19 was much less than dip in business of private players.

Why does this happen? Do the private players not offer similar or better products in this segment? Do they not provide better service? They do. So, what separates the private players in India from LIC? Just one word: Trust. Whatever the business model, or business compunctions of LIC today, the general belief is that every bit of his or her deposit with the firm is backed by a sovereign guarantee. That is a big support for the vulnerable necks of society.

Says Section 37 of the Life Insurance Corporation Act of 1956: “Sums assured by all policies issued by the corporation including any bonuses declared in respect thereof… shall be guaranteed as to payment in cash by the central government.” It has been said that this guarantee will disappear in the listing of the corporation, bringing it on a par with other insurers in the market.

In the case of an IPO, the Act will have to undergo three amendments. These are in Sections 24, 28 and 37. Section 24 is about the methodology of dealing with its corpus, Section 28 is about dividend distribution and Section 37 is about the critical government guarantee.

Also, initially, when the idea of listing LIC was mooted, the government had said that it would prefer holding 75 percent of the stock and in no case would private participation be more than 49 percent. However, as per the Budget speech of Finance Minister Nirmala Sitharaman on February 1, the government will now allow foreign direct investment of up to 74 percent in insurance. That is a big shift.

Taking all these changes into account, the individual policyholder will lose, the government will lose. The overall benefit will be directed towards external holders of stock, the new owners of LIC.

Then there is the issue of new laws. In privatisation, the corporation would no longer be guided or ruled by the Act. It would be normal for foreign stockholders to want dividend over and above the current standard of 10 percent. Things could get murkier then.

In studying the possible listing of LIC in the backdrop of larger issues, one can recall the IPO of Saudi Aramco, the state-owned oil giant of Saudi Arabia. Calling it a “comparison” would probably be a bit unfair, but it is a close simile. The Saudis agreed to the sale of their biggest national treasure, only because world economies are now bent on moving away from fossil fuels. Whatever the near future holds, even the medium-term projections of the industry look bleak. With prices still at a palatable level, the IPO can fetch monies that can feed the Saudis for centuries.

The LIC situation, however, seems a bit of a paradox. The Covid-19 pandemic has clearly shown the public the need for staying insured. If anything, this is one firm that has the ability to grow in leaps and bounds, if products are created by an imaginative team. In the long run, it benefits the government to stay invested in a firm which spells trust among the people.

The other side of the entire issue is that, being the government’s property, it enjoys a level of protection in the wicked, wide world of insurance companies. However much a behemoth we may think LIC is, compared to international giants it has just come out of its teens.

The sheer financial muscle of international super-behemoths can throw dear old LIC off the ring. It could be a situation quite like what the farmers are complaining about today, regarding the introduction of corporate intervention. Investors will be sucked away in sugar-coated initial products, before the axe comes down.

This is if LIC itself is not acquired by a major foreign entity, in which case the goose which lays golden eggs won’t be an Indian goose anyway.

The unions of the LIC have put forth a rather interesting argument, while protesting the decision to privatise the insurance behemoth.

During a rally in Vijayawada, organised by the Insurance Corporation Employees Union, Machilipatnam Division, joint secretary Chilakalapudi Kaladhar and vice-president MNK Prasad said that LIC “was started in 1956 with a seed capital of Rs 5 crore, without any financial assistance from the Central government.” Actually the corporation was formed through the merger of 245 individual companies, most of them insurance companies, all nationalised.

Not only that, as per a report, they also said:

“Every year, LIC has been giving Rs 2,000 crore dividend to the government, besides contributing thousands of crores for Five-Year Plans, drinking water schemes, irrigation schemes, municipalities and for the farmers’ cause.”

What they mean is that the ownership that the government claims is somewhat fictional. That is certainly an overstatement, but what its policyholders feel about this, is a matter to be thought about.

What could happen after the possible selloff? The shares of LIC would be traded in the highly volatile stock markets of India, with initial bull activity raising market capitalisation of the firm to astronomical proportions. The bullish trend, which should last a while, could see offshore hot money dipping its toes into the fun-pool, and when futures and options take over, the very valuation of the firm will be way beyond any civil calculation. We are not even talking about the possible intrinsic value of AAA-categorised Collateralized Debt Obligation (CDO) papers that might emerge from such speculation.

For banks and insurers, depositors want a calm sea with small waves.

They would be happy with lower returns, but guaranteed returns. Any analogy with the current unfavourable position of the mutual funds market is not a happy one. Caution should be the byword.