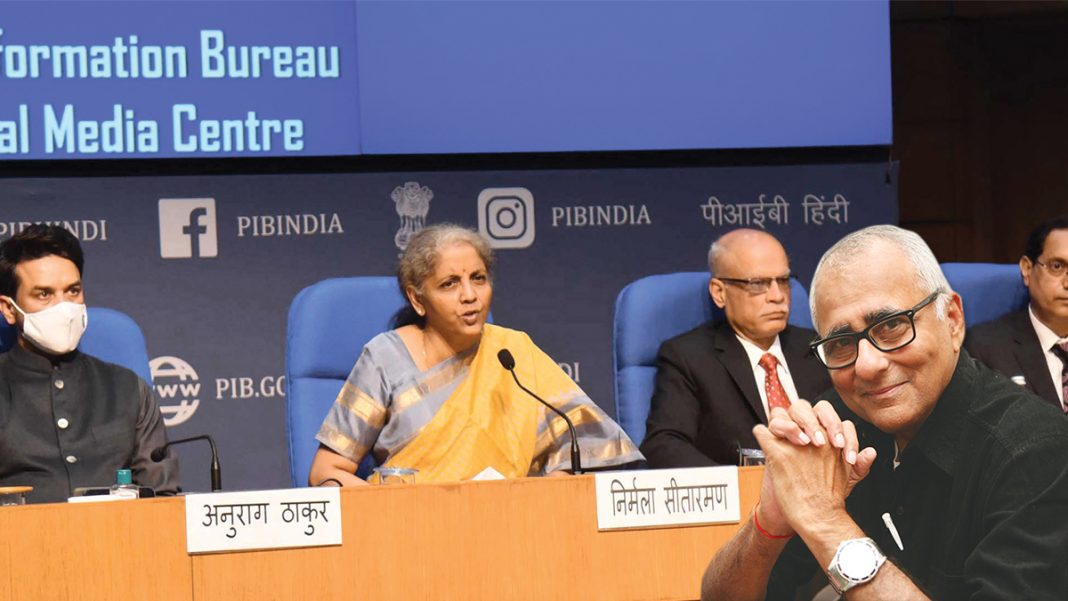 Last week, the front pages and broadcast headline news should have been plastered with news stories about the Modi government’s new budget proposals. But the farmers’ accelerating protest, now gaining international and national momentum, eclipsed this subject as it did the January 26 national Republic Day parade that was shown on split screens alongside the kisan tractor rally and a protest flag being hoisted at the Red Fort just below the national flag which symbolises the nation’s unity, integrity and sovereignty.

But the budget received lesser attention than it should have, barring the portions which stressed on increasing disinvestment in core public sector enterprises as well as a boost to much-needed direct foreign investment. That these topics received greater attention was partly because, politically, they were connected—albeit tangentially—to the farmers’ issues. In addition to legislative guarantees of minimum support prices to their produce, a major ideological grievance of the farmers’ movement has been their fear that the autonomy of farmers and the agro-economy they have fashioned, and which sustains them through a plethora of traditional, local inextricably interwoven commercial ties and initiatives, is being snatched from them and turned over to corporate interests. The budget—because of its emphasis on more disinvestment, fuelled this flame of resistance to “the people’s wealth” being sold off to politically favoured oligarchs. It’s like selling off the family silver.

In this issue of India Legal, our columnist Shivanand Pandit takes a close look at the budget and what it proposes to do. It is not, as earlier budgets presented by the Modi government were, a wishy washy document. Following the massive shocks to the economy delivered by demonetisation, the hasty implementation of GST, the absence of meaningful tax reforms, the Covid-19 pandemic which has collectively led to a dramatic fall in employment, growth, export, investment, industrial production, consumer confidence and spending, the Modi government has tried to put an honest-to-goodness  growth plan in place by announcing “a bold and new-age budget”, argues Pandit. Now the mega task before the government lies in the execution of the plan.

Pandit writes that in an attempt to accelerate India’s growth after a once-in-a-century tremor, the finance minister has pressed a few right buttons. In Budget 2021, Nirmala Sitharaman “has fundamentally come clean on the budget arithmetic. By declaring higher fiscal deficit numbers of 9.5 percent of the GDP and 6.8 percent of the GDP for FY-21 and FY-22, respectively, she has placed the convincing assessments of revenue receipts and recognised ‘off balance sheet’ expenditures.”

Pandit’s analysis and assessment of the new budget (Budget 2021: Now the Hard Part) is original and thought-provoking and deserves careful reading. I will not go into its details but rather summarise the highlights as well as the caveats and disappointments:

Pandit concludes that in India, economic inequality or disparity is rising. On the one side, a large number of poor people lost their livelihoods in 2020 and on the other side corporate tycoons are sitting on “the tall mountain of profits.” The finance minister of India has failed to address this mega concern of the country and the budget has not considered levying offset taxes as many developed nations are doing.