Parole misuse: Give them another chance

While news of some prisoners in Tihar jail jumping parole has been a damper, the fact remains that this form of correctional therapy has its benefits in bringing convicts back into the mainstream. 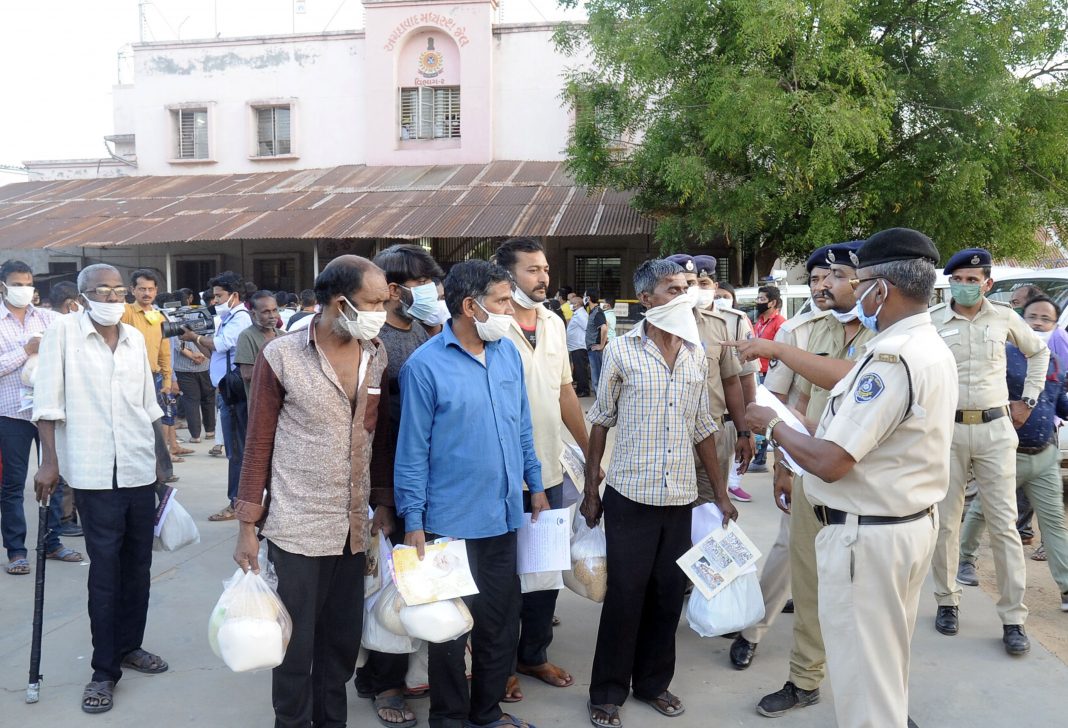 In a surprising lapse, some of the prisoners released on parole from the high-security Tihar jail have gone “missing”. Jail authorities have reached out to Delhi Police to trace them. Till mid-March 2021, 112 out of 1,184 convicts were reported untraced.

Tihar jail houses some 20,000 convicts and under trials. Those suffering from illnesses such as HIV, cancer, kidney dysfunction, Hepatitis B or C, asthma and TB were initially released for eight weeks, but later the period to report back was extended from time to time. Sources in Tihar who did not want to be identified, confirmed that convicts belonging to far-flung places may not be absconders or absentees, but yes, their whereabouts were unknown, especially as no co-ordinates of their families were available.

Following a Supreme Court suggestion, all states had constituted high-powered committees to lay down criteria for the release of convicted and undertrial prisoners to decongest jails. Justice Hima Kohli headed the committee of Delhi. In most of the states, the Punjab Good Conduct Prisoners (Temporary Release) Act, 1962 and Rules 1963 are followed, along with local regulatory measures from time to time.

Rehabilitation has become an integral and ultimate part of the criminal justice delivery system. Capital or corporal punishment has begun to be seen as barbaric, old, archaic, unreasonable and unproductive. This has given way to reformation and rehabilitation of offenders, thereby keeping intact faith and investing in human capital.

There are different types of punishment for offenders. Confining an offender to a gaol and restricting his bodily movement was one type of incarceration. Before that, externment and exile were used as other forms of punishment. Milder forms of punishment were reserved for juveniles such as community service. Sikhs have a tradition of declaring someone as “tankhaiyya”, an offender of the faith. They have prescribed kitchen service and shoe-cleaning jobs in gurdwaras as a sort of reprimand for such offenders. The Hindu way of life suggests penance and fasting for various aberrations and sins. Mythology believes in the slapping of curses on the wrong doer.

In all the above methods of punishments, reprimands and admonitions, never was there a break or suspension of the ordeal or a chance for the offender to come clean about his guilt. There never was an occasion or leave for him to feel normal during the period of punishment. In the 17th century when prisoners were to be shifted to various colonies and countries in ships and boats, a ticket-of-leave was issued to them for their relatively loosened confinement.

In the modern world, parole is related to human rights and the recognition that an offender needs some relief from the agony of the sentence he is undergoing. This is, if he has a desire to either reform or lead a normal life after release. Parole basically helps a convict to let the flame of life burn within him, so that he doesn’t become hardened and wayward.

Justice Raj Rahul Garg, former judge of the Punjab and Haryana High Court, Chandigarh, known for her bold judgments, told India Legal: “Parole is a reformative process for the social rehabilitation of prisoners and means temporary conditional release of a convict. Grant of parole is not a matter of right, but a concession to a prisoner. Every state has its own rules regarding grant of parole, which is a part of executive discretion and must not be exercised capriciously.”

She added that the decision must balance human rights and social security. Several factors like the background of the prisoner, time spent in prison, conduct, the possibility of engaging in illegal activities, committing crimes, seeking vengeance, motive behind release, health and impact on society and whether the convict would return to jail at the end of the parole period must be considered. “The grant of parole shall not be used by the prisoner to escape from law and commit more crimes. At the same time, the deserving should not be rejected.”

Dr Kushal Pal Singh, former DGP, Haryana, told India Legal: “It is not correct to conclude that convicts are misusing the provisions of temporary release. For that matter, any legal provision is amenable to be abused by a minuscule number of people. As per my information, the number of parole jumpers who remain to be arrested since the formation of Haryana is approximately 200. This is not a big number considering that lakhs of convicts might have availed the concession of parole. Release on parole becomes a cause of worry when the beneficiary commits revenge or other heinous crimes during the leave. But this number is negligible.”

He added that the correctional benefit of this therapy on a large number of convicts and their family members far outweighs the damage it may cause to a small number of the victims of crimes.

“Governance is not a science; it is an art to maximise good and minimise what is bad for society. The tendency to misuse parole may be curtailed by prescribing strict legal penalties. The law prescribes a sentence of up to two years imprisonment on a parole jumper. This sentence should run consecutively. Parolees who abuse the concession and commit a crime during the leave should be debarred from parole in future. Such crimes can be prevented by sounding an alert to the probable victims and the local police who may mount vigilance in the area,” said Singh.

Aloke Lal, former DG, Prosecution, Uttarakhand, and author of Barabanki Narcos has a humane approach to this issue. He said: “The idea of incarceration of a person after he is found guilty by a court of law is based on the philosophy of reform. As part of this programme, it has been a practice in liberal criminal administration systems across the democratic world to include the provision of parole and furlough. The convict, on being sentenced, lives with other similarly guilty offenders and leads an unnatural life, isolated from family and loved ones and away from usual business. If there is a system to break this cycle through provisions like parole, it must be seen as an ongoing process of reforming the convict so that there may be a smooth transition to a healthy, productive and socially acceptable life.”

Lal added: “The problem is in the flawed processes and parameters sometimes followed in taking decisions on applications moved for parole. It is no secret that influential persons find the decision makers pliable, while those without similar influence often get a raw deal. It is also an area which needs to be addressed by the legislature; there is no uniform legislation in India dealing with parole and different states have different acts and rules. This must be corrected.”

Shashi Ahalawat, a retired SP, Jails, who for nearly three decades handled women prisoners in Borstal Jail, Hissar, confirmed that women convicts on parole never absented or absconded. She ascribed this to the conducive environment she created in an attempt to rehabilitate convicts and bring them back into the mainstream. She also handled men convicts and undertrials, a task which she said was more exacting and daunting.

Read Also: A Russian shot in the arm against Covid-19

Deepak Bura Singh, District Attorney, Chandigarh, believes that a person is not a born a criminal. “Parole provides prisoners with a structured and supervised transition so that they can adjust from prison back into the community. The main purpose of parole is to increase community safety. It provides an incentive for prisoners to behave in prison. If no such relief is provided to accused persons, they will never themselves and will always languish in jails.”

While parole may be misused, its relevance in rehabilitation of a convict cannot be lost sight of.

—The author is a retired IPS officer and an advocate