Vice-Chancellors: Caught between accountability and autonomy 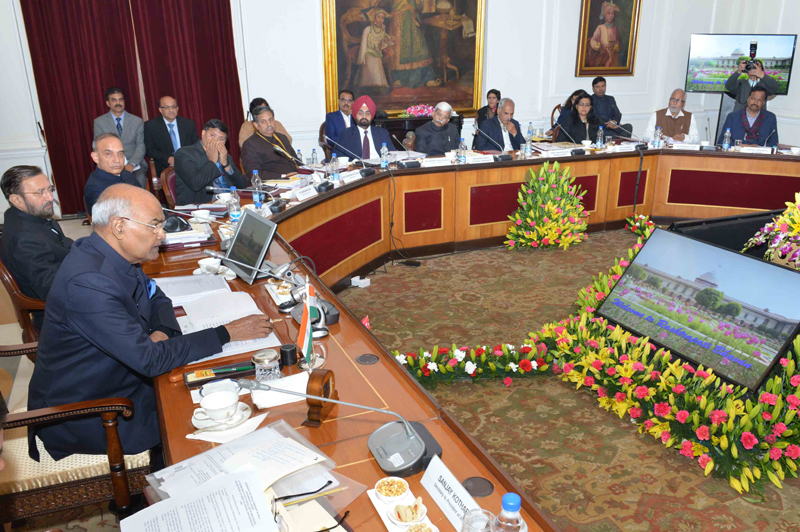 Recent actions against a number of vice-chancellors raise the question of whether disciplinary proceedings impinge upon the autonomy and academic freedom of central universities.

Disciplinary action against over a dozen vice-chancellors (VCs) of central universities (CUs) over the past few years has been a cause of consternation. The polarised politics of universities view it from diametrically opposite prisms. While a larger segment hails it as a much needed spring cleaning, others consider it a pernicious design to whittle down autonomy and academic freedom. The overall spectacle is worrisome and needs to be seen in a correct perspective.

The office of VC is an exalted one and the academia views him as “friend, philosopher and guide” and a high priest in the temple of higher learning. The constituting acts and statutes, ordinances and regulations of every university vest certain power and autonomy so that the VC can execute his office efficiently and faithfully.

Yet, autonomy is not a shield against accountability. In a democratic set-up, all individuals, howsoever high, are accountable “be you so high, the law is above you”. In fact, higher the position, the greater public scrutiny.

The Constitution of India, in its exalted majesty, guarantees equality before the law and equal protection of the laws, and is unsparingly unexceptional as the President of India too can be impeached by Parliament for violation of the Constitution. All public functionaries and public bodies are ultimately accountable to the legislature through the minister in charge.

The Indian higher education system, the second largest in the world, comprises 54 CUs, 411 state universities, 123 deemed universities and 282 private universities. The VC is the chief executive and the administrative head of the university. A great responsibility, therefore, devolves on the VCs in terms of implementation of national higher education policy, institutional reforms, nurturing the spirit of enquiry and research, building an innovation ecosystem, and adoption of international best practices of “good governance”.

According to the UGC Handbook, “the VC has to evolve as the leader of a symphony of orchestra” with the attributes of developing teams and teamwork; building partnership and collaborations delicately interwoven with collegiality, friendship and intellectual engagement; devising deliverable action strategy; ensuring accountability of self and various governing bodies of the university; and steering an institutional monitoring and evaluation mechanism on performance built on transparency.

An ideal VC is a visionary, a true leader able to procure the willing cooperation of teachers, a constant source of inspiration to students, an able administrator able to maintain conducive educational ecosystem, and well-acquainted with the latest developments so as to bring global visibility to the university. He must have the highest level of competence and his integrity must be beyond reproach. Like Caesar’s wife, he must be above suspicion. He must execute his office faithfully and diligently and ensure that the provisions of the constituting act, statutes, ordinances and regulations are fully observed. He must cause to make various appointments as per procedure, delegate powers for day-to-day work to the officers of the university and audit their performances and exercise all administrative, disciplinary and financial powers as defined in the statutes and ordinances.

In fact, the catalogue of duties of the VC is vast and varied which adds a certain aura of reverential mystique to his office. He represents the vibrant face of the university, engages in constructive stable policy dialogue with the government, universities, research funders and academia. It is for these reasons that the VCs are selected by the Visitor (the president in case of CUs and the governor in case of state universities) from a panel recommended by the search committee consisting of three to five members who are persons of eminence in the sphere of higher education, based on rigorous screening of academic attainments and administrative experiences.

Interestingly, the VCs, who faced the axe, were appointees of the same government. A critical scrutiny of the disciplinary proceedings initiated against the VCs broadly slots them into four categories: (a) allegations of financial irregularity, (b) allegations of dereliction of duty and defiance, (c) wrongful appropriation of funds, and (d) academic fraud.

The Visitor does not initiate disciplinary proceedings against a VC suo motu but on the aid and advice of the ministry of education or the concerned administrative ministry as central universities relating to maritime, agriculture, aviation, sports, etc, fall outside the domain of the education ministry. The trigger for initiating disciplinary action is provided by the media, complaints by legislators, students and teachers and in some cases, the chancellors have demanded inquiries against VCs. So, the Visitor is dutybound to refer the complaints to the administrative ministry for ascertaining facts and considered advice with respect to the corrective action required to be taken.

Some glaring examples of acts of omission and commission deserve mention. President Pranab Mukherjee approved the sacking of the VC, Visva Bharati University, Sushanta Dattagupta, for grave irregularities in appointments and flagrant violation of financial rules. The VC of Pondicherry University, Chandra Krishnamurthy, was removed for academic fraud as he had falsely claimed to have written three books but an inquiry revealed authorship of only one book. The VC of Mahatma Gandhi Central University, Arvind Agrawal, in Bihar resigned when governments sought his comments on the allegations of fudging vital information in his CV.

Amid a spate of questions in Parliament and public complaints about financial and academic irregularities, the VC Rattan Lal Hangloo of Allahabad University resigned before the Union government could initiate punitive proceedings. Similarly, the VCs of HN Bahuguna Garhwal University, JL Kaul, and Manipur University, AP Pandey,  were sacked for financial irregularities and long absence from duty. The VC of Tripura University, VK Dharurkar, resigned when a sting operation showed him receiving an alleged bribe.

In cases where the VCs appropriated funds for purposes other than the approved budget heads, the inquiries were closed as there was no personal pecuniary gain or enrichment. The cases of Dr Dinesh Singh, VC, Delhi University, and Prof Talat Ahmad, VC, Jamia Millia Islamia, fall in this category, both of whom were known for their competence and integrity. The VC of Jamia Hamdard, a deemed university (self-financed but partly funded by the UGC), Seyed Ehtesham Hasnain, has been suspended by the chancellor following the decision of UGC to set up a fact-finding committee. The government of India has no role in the appointment or removal of the VC of a deemed university.

In yet another recent case, the Tamil Nadu government has ordered an inquiry against Anna University (a state university) VC, MK Surappa, following complaints of financial irregularities, and malpractices in semester examinations and re-evaluation, though the DMK has demanded sacking of the VC. However, the action of the VC, Delhi University, to replace the duly appointed pro VC and registrar courted controversy. Taking a holistic view, the president, in his capacity as Visitor of Delhi University, suspended the VC, Yogesh Tyagi, and ordered an inquiry over allegations of grave misconduct, dereliction of duty, abuse of power and lack of commitment to uphold the provisions of the Delhi University Act. It was a first ever case in the 98-year history of the university since its inception.

The burning question is whether stringent disciplinary action against VCs impinges upon the autonomy and academic freedom of the CUs which are emulated as role models and occupy a place of pride in academia globally. Will these penal actions impact, dilute or undermine the autonomy and freedom of the institutions of higher learning? Autonomy and academic freedom are crucial to the functioning of universities and key to attaining excellence in a globally competitive environment. The National Education Policy, 2020, lays great stress on autonomy of institutions of higher learning, making every college in course of time an autonomous degree granting college and making India a global hub of education.

It is therefore time to look to the future as autonomy is not a goal to be pursued in itself, but a fundamental prerequisite for universities to be able to develop strategic profiles, operate in a competitive environment, deliver on their important societal duties in an ecosystem of transparency and accountability. The veneer of autonomy cannot conceal or camouflage acts of omission and commission.

Zero tolerance approach for corruption demands that the government be swift and surgical in weeding out corruption or unethical practices. The import of the oft quoted statements “minimum government and maximum governance” and “light but tight regulations” is loud and clear.

—The writer is ex-Additional Secretary, Lok Sabha and parliamentary expert and has serviced the Public Accounts Committee of Parliament