Above: Police take the accused to the crime scene in a rape and murder case in Lucknow/Photo: UNI

The legal system that we inherited from the British has continued for over seven decades. Procedural laws have not undergone changes to suit modern-day needs. Though we added new laws, many statutes did not have the lifespan of even a decade.

Crime is a threat to freedom and democracy. Crime reduction is essential for stability, security and development of the nation. However, it (crime reduction) cannot be achieved without an effective criminal justice system. There is a strong belief that the present system has failed to deliver and is likely to collapse if remedial steps are not taken immediately. The system is exhibiting signs of overload and lack of effective management. There are four essential prerequisites to generate faith in the criminal justice system. It should be efficient, effective, transparent and fair.

Efficiency refers to the utilisation of resources in an optimum fashion to achieve the goals set by law and the Constitution.

Effectiveness embodies the principle of a healthy balance between liberty and security, along with observance of the requirements of law towards achieving crime prevention besides punishing the guilty in a timely and cost-effective manner. Transparency is the fulcrum on which the accused, the victim and all other stakeholders exhibit their satisfaction. The satisfaction of all stakeholders is the bottom line in any transparent system. Fairness is the attribute of a transparent system. It should be amply demonstrated so as to build faith in a system.

There is a demand to appoint more and more judges with the goal of disposing of every case in this country within five years. It is true that speedy justice is important, but it is equally important to deliver judgments which reflect adjudication on merit. There is a need to have a transparent and objective system with on-time justice delivery. It is also important to grade varying evidence found during investigation in a numerical format and emphasise that every charge sheet put up for a trial carries a sufficient numerical score.

The present system has many constraints. Some of them are:

The existing reality is that even after prolonged and costly procedures, not even one-fourth of cases end in conviction. The rich often get away lightly and the poor are put to suffering and discrimination. Also, delay defeats justice and the offenders go unpunished; witnesses are threatened and have limited protection. Victims are often ignored and get no relief for injuries or losses suffered. Even registration of complaints becomes difficult without money or influence. An unholy nexus is perceived to prevail between criminal syndicates, politicians and law enforcement officials, affecting criminal proceedings and the rule of law. On top of it, corruption has taken a heavy toll on the system.

It is a fact that citizens want efficiency, accountability and zero tolerance against corruption. But how can this be achieved? Here are some suggestions:

The criminal justice system has failed largely due to poor investigation and prosecution and lack of a system to evaluate evidence in a transparent fashion. Different standards are being used to decide different cases, which leads to subjectivity in the system.

The only way the legal system has grown is in the volume of litigants and cases. This has choked it. A sine qua non (essential condition) for a vibrant and working democracy is an effective and responsive legal system. Cases pending for years, judgments that are per incuriam, ignored precedents and the salutary principle of stare decisis or subjectivity frustrate citizens who lose faith not only in the legal system, but also in democracy.

In their quest to find solutions to this problem, investigating and prosecuting agencies and the judicial system need to work coherently and simplify procedures. One of the ways to do so is numerical indexing of evidence.

With minor modifications, this can also be introduced in civil laws. Numerical indexing of evidence will make a small, subtle but significant shift to a “preponderant evidence system”, making the criminal justice system more objective, transparent and less dependent on the whims of the investigating officer who may irresponsibly file a slip-shod charge sheet. Such charge sheets are not only a waste of precious judicial time in a system that is clogged with pending cases, but also indicative of the twin malaise of a criminal being acquitted on account of a sloppy investigation and a perfunctory charge sheet and an innocent being persecuted.

There is a crying need to create a grading system of evidence to enable the generation of a score card to make the gleaning of evidence and presentation in courts more scientific. This will make disposal of cases faster and transparent. In case the prosecutor finds that the score card attached with the charge sheet is without sufficient evidence, he can ask the investigating agency to probe further. Similarly, in cases where the accused finds that impeccable evidence has been produced, he may “plead guilty” and ask for mitigating the punishment. Thus, judicial time will be spent economically and judiciously and will be result-oriented.

To make things simpler, some explanatory score indexes can be followed—for the cross-matching of DNA fingerprints with samples collected in ideal conditions, the score may be 10 out of 10. If judicial confession is not retracted, it may be 10 out of 10; the score could be six points for extra-judicial confession. This is illustrative only.    However, numerical indexing of evidence requires in-depth study of various criminal cases, issues of perception of evidence and their admissibility.

In simple words, charge sheets filed in courts are the summary of the statements made, evidences collected and expert opinion.

The gravity of the evidence is seldom given priority.  Numerical indexing is an effort to identify the evidence and present it in so simple a way that even a cursory reading would be sufficient to arrive at a conclusion. The procedure is only to make things simpler and the criminal justice system effective.

—The writer is an additional Director General of Police 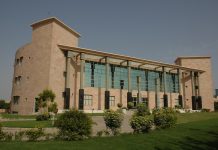