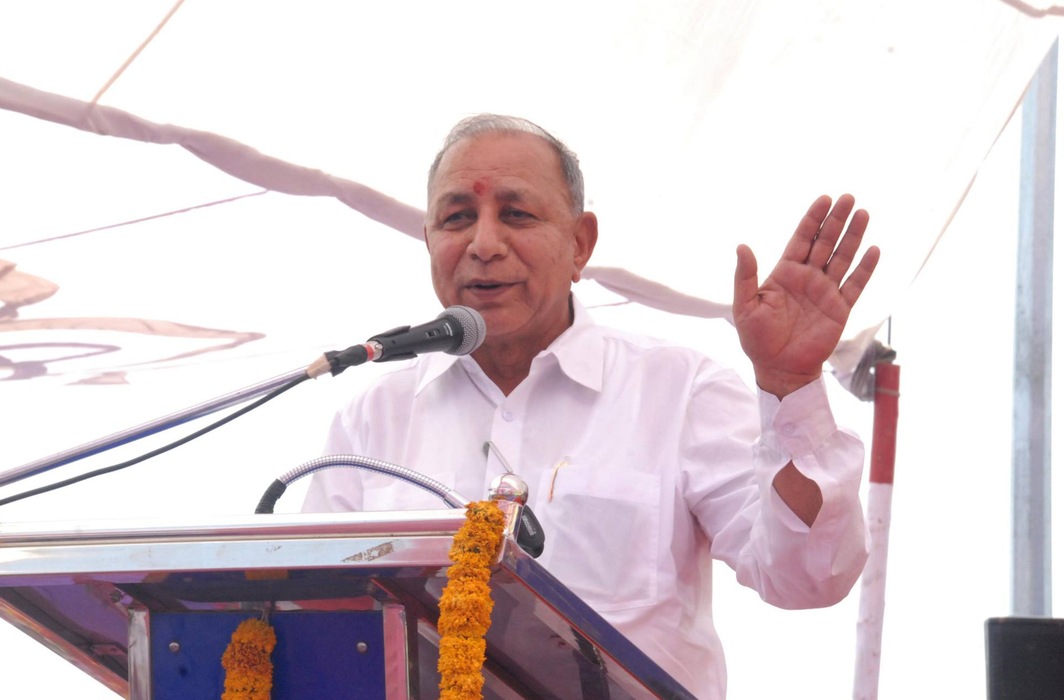 Above: Babubhai Bokhiria has been accused of attempts to acquire forest land fraudulently

Gujarat is known for its political scams. The latest politician to hit the headlines is Babubhai Bokhiria, a BJP legislator allegedly involved in the illegal transfer of forest land

“Power does not corrupt men; fools in power corrupt power.”

Ample examples of blatant corruption can be seen among Gujarat’s politicians with total disregard for the law. The most recent involves Babubhai Bokhiria, the BJP legislator from Porbandar and a former minister. He is no stranger to controversy. In 2013, he was convicted in a Rs 54-crore illegal limestone mining case but was subsequently cleared of the charge. He now faces allegations of illegal transfer of forest land, estimated to value over Rs 300 crore, in adjoining Jamnagar.

Following a PIL by Paradva Gram Panchayat in Jamjodhpur tehsil of Jamnagar district last year which alleged that he had transferred forest land illegally, the Gujarat High Court on November 15 issued a notice to the state government, Bokhiria, the Jamnagar district collector and the district forest officer. It came up for hearing recently before a division bench of Chief Justice Vikram Nath and Justice AJ Shastri. Further hearing will take place on December 13.

The petition alleges that Bokhiria, his son and son-in-law “forged and fabricated power of attorney” to acquire a piece of land in Paradva village. The land, measuring 200 hectares, was declared a reserve forest and has valuable medicinal plants and wild animals such as leopards and over 3,000 spotted deer, it stated. However, as it has rich deposits of limestone, used for manufacturing cement, the petition alleged that Bokhiria was using his influence to acquire it through “fraudulent acts”.

“Two hundred hectares of land is very rich so far as forest is concerned. A hundred thousand trees have been planted and naturally grown, which are valuable commercially or otherwise. Therefore, Babubhai Bokhiria wants to exploit this forest land for his personal purpose and malicious exercise is being undertaken,” said the PIL. It was also alleged that the Jamnagar district collector was helping him in getting the forest land converted into regular land, which could then be used for industrial purposes.

This is not Bokhiria’s first encounter with the law. In June 2013, when he was the water resources minister in the Narendra Modi government in Gujarat, he was sentenced to three years’ imprisonment by a Porbandar court in a Rs 54-crore illegal limestone mining case from 2006. Along with him were sentenced former Congress MP Bharat Odedra, alleged gangster Bhima Dula and his son, Laxman Dula. After the complaint surfaced, Bokhiria left the country and was declared a proclaimed offender. The Porbandar police arrested him in 2007. The High Court later released him on bail. He contested the assembly elections in December 2012, defeated Gujarat Congress President Arjun Modhwadia and was made a minister in the Modi government.

In November 2014, Bokhiria and the others were acquitted in the case. Earlier, in April the same year, the Supreme Court exonerated him in the sensational murder of Congress leader Mulubhai Modhwadia in 2005. At one point, he faced numerous criminal charges but the taint did not prevent him from rising in the ranks and continuing as a minister in the Anandiben Patel and Vijay Rupani governments.

Then there is the case of Dinu Solanki, the first BJP MP to be sentenced to life imprisonment in Gujarat, He has now appealed to the High Court. Dinu, the BJP MP from Junagadh, his nephew, Shiva Solanki, and five others were convicted on July 11, 2019, by a special CBI court for the murder of RTI activist Amit Jethva on July 20, 2010. After the Gujarat police gave a clean chit to the MP, the High Court handed over the investigation to the CBI which busted the conspiracy and made the arrests. Jethva was killed for exposing illegal mining and other criminal activities by Solanki. The case was so fraught with danger that top lawyer Anand Yagnik, who was a witness in the case, was provided police protection after he received a threat to his life. At one point, protection for the judge hearing the case was also sought.

Part of the problem in Gujarat’s political landscape is the BJP policy of encouraging turncoats for immediate gains. This is a strategy fraught with lethal consequences. This was reflected in the murder of Jayanti Bhanushali, former Gujarat BJP vice-president, by a former MLA, Chhabil Patel, on January 7, 2019. Bhanushali was shot dead by hired killers on a running train in the early hours of that day. With the arrest of a woman and her accomplice from Allahabad earlier this month, the case was solved. At present under interrogation, she is believed to have recordings of honey-traps of numerous political big-wigs as well as administrative figures. The CDs are of interest to many. Once close to Bhanushali, she had switched over to his rival.

In the 2012 assembly elections, Chhabil, a Congress candidate, had defeated Bhanushali. Subsequently, he shifted to the BJP in the run-up to the 2014 Lok Sabha polls but lost the assembly elections. Political as well as business rivalry led him to plot the murder of Bhanushali who he held responsible for his loss. Chhabil had left the country ahead of the killing but the cops broke the case and now he and his co-conspirators are in jail.

Another big scam involving politicians took place in 2008. This was a Rs 400-crore fisheries scam involving Dilip Sanghani and Purshottam Solanki, two ministers in the Modi cabinet. Solanki, then minister of state for fisheries and subsequently minister for animal husbandry and cow protection, granted fishing contracts of 58 reservoirs to his favourites.

There were allegations of corruption against both ministers. An aggrieved contractor, Maradia, knocked on the doors of the High Court, which then scrapped the Rs 2.4-crore contract granted by the minister. A repeat tender fetched Rs 45 crore. Maradia claimed that the loss to the exchequer over 10 years was Rs 400 crore.

Maradia again approached the High Court seeking prosecution of Solanki. In 2012, Governor Kamla Beniwal granted sanction to prosecute him. The Modi government challenged her decision in the High Court but lost. The case continues to be in litigation. In December 2018, the High Court refused to quash lower court proceedings against the two and ordered them to appear before the Gandhinagar court. Solanki, incidentally, also figured in the Srikrishna Commission report on the 1993 Mumbai riots where he allegedly led the mobs. He is also a former TADA detainee but Modi had no qualms keeping him as a minister in his government.

It doesn’t end there. Maradia, whose Herculean court battles exposed the scam, was this year named as a key accused in an alleged case of attempt to murder. Maradia terms it a bogus case as does former IPS officer Rahul Sharma, now a practising lawyer, who represents him in numerous cases.

With politicians of such questionable repute, it is the citizens who suffer.