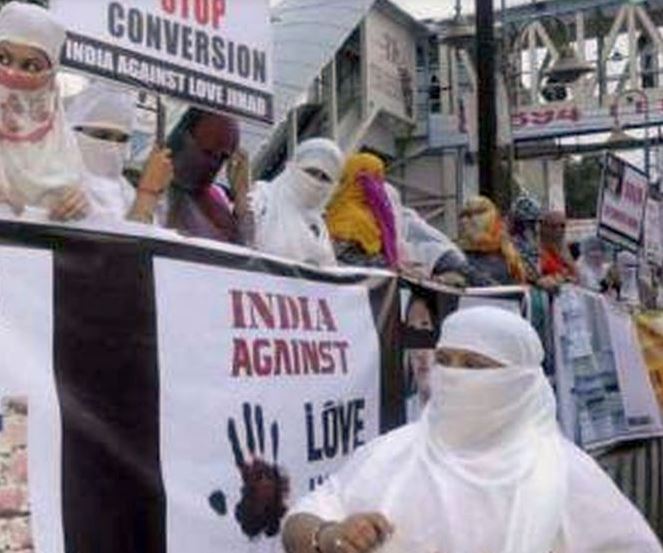 The Allahabad High Court has recently directed the Uttar Pradesh Police to provide protection to an inter-faith couple of whom the woman had converted to Islam.

The Court on Wednesday directed the Bijnor Superintendent of Police to provide necessary security to the petitioners. At the same time, the Court ordered the husband of the petitioner to appear in the Court on February 8 with a bank draft of a fixed deposit of Rs 3 lakh in the name of his wife.

A single bench of Justice Saral Srivastava passed this order while hearing a petition filed by Shaista Parveen, alias Sangeeta, and others. The petitioner’s advocate, Sushil Kumar Tiwari, said she converted and married Saadab Ahmed, the second petitioner. The two are adults and are living together of their own free will but family members are angry. They are threatening the couple, due to which their life is in danger. The petitioner urged the court to protect them and prevent anyone from interfering in their lives.

In support of their age, while the woman had submitted her High School mark-sheet, the man submitted his Aadhaar card. Having perused the documents, the Court found that the petitioners are adults.

The woman petitioner has decided to follow Islam and, as such, she converted. After conversion, she solemnized the marriage with Ahmed.

The Court has said that it is a well-established principle that no one has the right to interfere in the peaceful life of an adult man. The petitioner has converted to Islam of her own free will. On this, the Court, while giving security, ordered Ahmed to appear with a fixed deposit of Rs 3 lakh. The matter has been posted for further hearing on February 8.

Did you find apk for android? You can find new Free Android Games and apps.
Share
Facebook
Twitter
Pinterest
WhatsApp
Previous articleAffidavit in Supreme Court cites hardship to people due to farmers’ protest, reminds court of Shaheen Bagh verdict
Next articlePIL against Centre’s decision to use petrol, diesel cess for other things