Referring to the complaint and materials on record, the court said, “The allegations prima facie make out the ingredients of Sections 120B (criminal conspiracy, 124A (sedition) and Section 171H (illegal payment for elections) of the IPC". 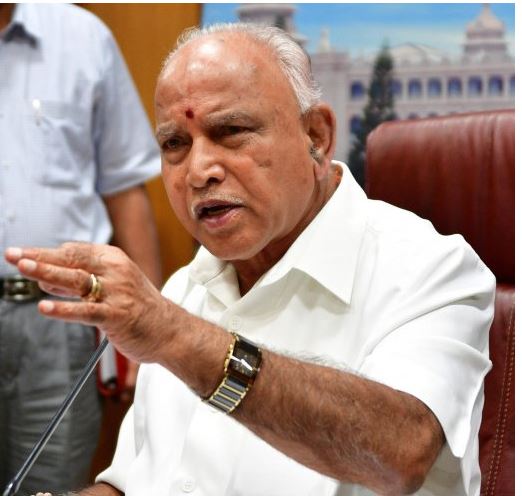 The Karnataka High Court on Wednesday permitted the authorities to continue the investigation against Chief Minister B.S. Yediyurappa in relation to a criminal case for allegedly trying to lure Janata Dal MLA Naganagouda Kandkur by offering him money and a ministerial berth.

The order pertains to a criminal case registered against the CM for allegedly trying to lure the JD(S) MLA by influencing his son Sharanagouda, with a promise of money and a Ministry in February 2019.

An interim order pronounced by Justice John Michael Cunha on Wednesday vacated the stay in the probe into the case. Sharanagouda Kandakur, the son of JD(S) MLA Naganagouda Kandakur, had allegedly recorded a conversation that took place between him and Yediyurappa at Yadgir Circuit House on the night of February 7, 2019.

Allowing inquiry against Yediyurappa, the court observed that if the allegations are found to be true, it would attract offences of sedition, criminal conspiracy and illegal payments under the Indian Penal Code. “The material produced has clearly disclosed that an attempt has been made by Yediyurappa and others accused to excite disaffection towards the government established by law by encouraging defection so as to topple the government by lure of money and position,” the court observed.

Referring to the complaint and materials on record, the court said, “The allegations prima facie make out the ingredients of Sections 120B (criminal conspiracy, 124A (sedition) and Section 171H (illegal payment for elections) of the IPC”.

Then Chief Minister HD Kumaraswamy had released the audio clip of the conversation between the two while alleging that Yediyurappa tried to lure JD(S) MLA by offering money and position. He had allegedly tried to persuade Sharangouda into getting his father to defect to the BJP.

The FIR also mentions two BJP MLAs Shivanagouda Naik of Devadurga and Preetham Gowda of Hassan. M.B. Maramkal, a former journalist and then advisor to Yediyurappa, was accused in the case. The three were allegedly present at the Circuit House when Sharanagouda met Yediyurappa and also allegedly tried to persuade him to switch sides.

Yediyurappa, who was then the opposition leader, had allegedly called Kandkur’s son Sharanagouda asking him to persuade his father to switch over to BJP. Therefore, Sharanagouda had lodged a complaint at Devadurga Police Station against Yediyurappa others accusing them of trying to lure his father Naganagouda Kandakur, the JDS MLA representing the Gurumitkal constituency, to join the BJP. With a view to strengthen his arguments, the complainant had also provided an audio recording involving a conversation held to lure his father.