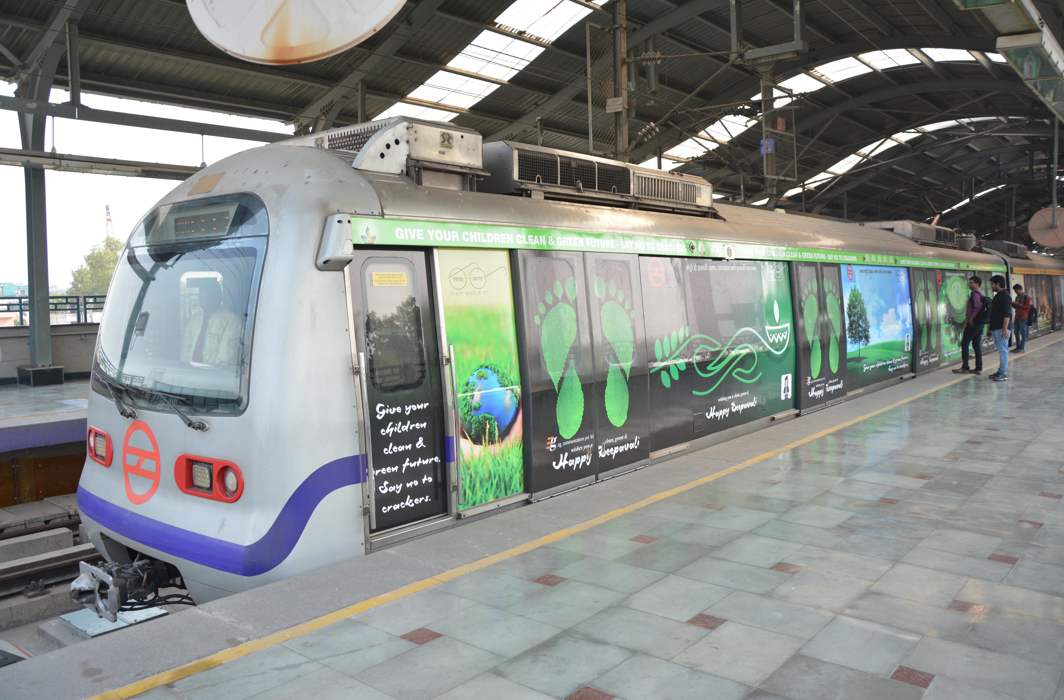 The Delhi Metro Rail Corporation (DMRC) has added 906 new coaches to its trains, out of which 704 coaches have already been commissioned for curtailing air pollution in the upcoming winters, the Centre has informed in a report filed in the Delhi High Court.

In the report, filed by the Ministry of Environment, Forests and Climate Change (MoeF&CC), it was informed that out of 906 coaches which were added, 704 have already been commissioned.

“The rest 206 are under commissioning stage,” it read while adding that efforts are being taken to ensure last mile connectivity.

The status report comes while hearing a batch of pleas, including a PIL initiated itself by the court to curb air pollution in the National Capital. It has been issuing directions time to time in this regard. The report detailed about the steps taken by the Centre to combat deteriorating air pollution in the city.

Last year, the DMRC had said it will run 3317 train trips instead of 3131, an increase of 186 train trips to provide increased capacity to the public in the winters. According to a statement, the trips were increased by inducting trains from the operational maintenance reserve kept in the metro train depots by optimizing the required maintenance schedule.

The extra trips had come last year after directions from Environment and Pollution Control Authority (EPCA). The DMRC had said the weather condition needs urgent addressing and so it was decided to implement the above plan with immediate effect resulting in an increase of approximately 80-90 trips.

On Wednesday, DMRC did not comment on the facts presented in the report and said that they are not in a position to respond as the Centre had filed the report.

Every year, the air quality deteriorated with the onset of winters. Even on Wednesday, the quality has been rated “very poor” by the environment experts.

The Delhi metro currently operates with a fleet of 227 train sets comprising of 128 six coach, 58 eight coach and 41 four coach trains across all its routes. Usually 200 of them operate and rest undergoes maintenance.

Besides these measures, 52 mechanised road sweeping machines are operational in the city and it will be increased to 64 by the end of November.

“For effective control of dust during winters, 400 water sprinklers will be deployed by municipal corporations in Delhi,” the report claimed.

According to the affidavit, CCTV cameras have been installed at sanitary landfill sites adding, “Fencing has been done and guards have been deployed to ensure that no fire takes place at these sites.”

Additionally, 722 brick kilns have switched over to zig-zag technology and ones which have not converted will not be allowed to operate in the city and neighbouring areas.