The matter was adjourned as Civil Judge Neha Sharma did not hold the court today. 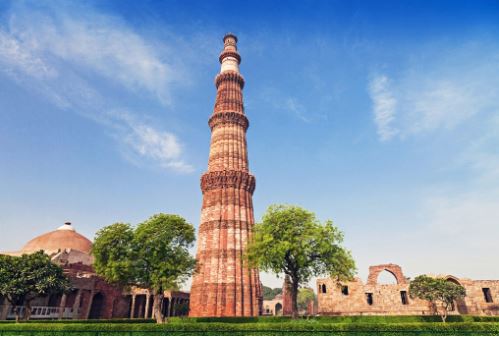 A local court today adjourned till April 27, the suit alleging that the Quwwat-Ul-Islam Masjid situated within the Qutub Minar complex in Mehrauli was built in place of a temple complex.

The petition, filed on behalf of Jain deity Tirthankar Lord Rishabh Dev and Hindu deity Lord Vishnu (through their next of friends), sought restoration of the alleged temple complex, comprising as many as 27 temples.

The matter was adjourned as Civil Judge Neha Sharma did not hold the court today.

The plea has claimed that according to the Archaeological Survey of India (ASI), 27 Hindu and Jain temples were demolished and Quwwat-ul-Islam Mosque was raised inside the complex reusing the materials.

The suit has sought to declare that Lord Vishnu, Lord Shiva, Lord Ganesh, Lord Sun, Goddess Gauri, Lord Hanuman, Jain deity Tirthankar Lord Rishab Dev have the right to be “restored” within the temple complex at the site of Quwwat-Ul-Islam Mosque Complex, Mehrauli “after rebuilding it with the same honour and dignity”.

“….from the facts emerging from the book published by ASI it is clear that Central Government is the owner and Archeological survey of India has administrative control over the property in question,” the plea said while adding that said mosque is a protected monument.

According to historians, Mohammad Gauri defeated Prithvi Raj Chauhan in the battle in 1191 and his General Qutubdin Aibak demolished the temples standing in the temple complex and from the building materials of temples, a construction was raised to show the might of Islam which was named as Quwwatul Islam Masjid,” the petitioner claimed.

Qutubdin Aibak did not completely demolish the existing temples and build Quwwatul Islam Masjid by using materials from the temples, it stated, adding that there are still pictures of Hindu gods and deities like Ganesh, Vishnu, Yaksha and symbols like Kalash, temple wells and sacred lotus in the mosque.

“Only the faces of gods and deities are broken, the rest of the sculptures are identifiable. The corridor is completely of Vedic style having rectangular galleries with holy symbol engraved pillars,” the petitioner emphasised.

Lakhs of Hindus visit Quwwatul Islam Masjid every year, considering the area as vested in Lord Vishnu and Trithankars, the plea said adding that the said Hindu and Jain devotees also worship there but in a restricted matter.