The Punjab and Haryana High Court today directed Punjab Police not to take any coercive steps against comedian Bharti Singh, who has been booked for Section 295-A of the Indian Penal Code (deliberate and malicious acts intended to outrage religious feelings).

The court acted on Bharti Singh’s plea for revoking a first information report (FIR) at Ajnala, Amritsar on December 25 for alleged deliberate and malicious acts intended to outrage religious feelings.

On Thursday, the high court had passed a similar order on the plea of Bollywood personalities Raveena Tandon and Farah Khan, who too have were booked under the same section of the Indian Penal Code.

According to Bharti Singh’s lawyer, the comedian and actress Raveena Tandon were asked to spell a word and disclose its meaning on the show. While Tandon spelt it correctly, Bharti misspelt it. It apparently meant that Bharti did not know the word and was referring to another word in Hindi, he had told the court. The lawyer also added Bharti’s words were misconstructred and that she had no intention of hurting religious sentiments.

It was argued before the court that the FIR was based on hearsay, while to establish offence under Section 295-A, it needs to be done deliberately with intention to hurt religious sentiments of any class. 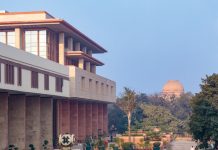 All possible help and assistance shall be provided to Indian Students stranded in Bangladesh: Centre tell Delhi HC 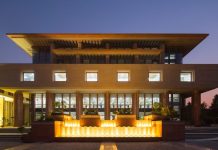 Indian Students staying abroad do not have to face any trouble: Centre informed DelhiHC