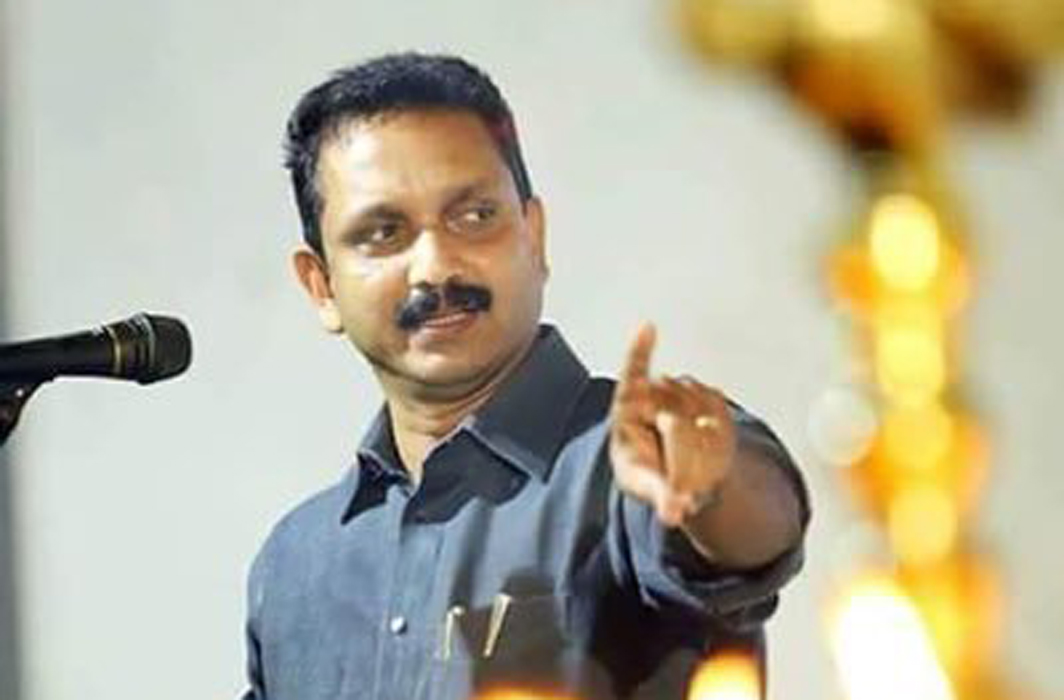 The Kerala BJP General Secretary K Surendran who was arrested while on his way to Sabarimala last week was on Wednesday granted bail by a local court  on condition that he does not visit the temple and does not step into Ranni Taluk, where the temple is situated, for for two months.

The temple closes  at the end of the annual pilgrimage season on January 22 and the conmditionals make it clear that the BJP leadere will not get to pray at the temple this season. 71 others were also given conditional bail on surety of rs 20,000 each. Surendran  was taken into preventive custody from  near Sabarimala on Saturday. He was remanded to 14 day judicial custody. The court while granting the bail has said that the BJP leader cannot enter Ranni taluk in Pathanamthitta district for two months. The Sabarimala temple is situated in the taluk and the court’s stipulation means that K Surendran cannot go near the temple before it closes on January 21.

Surendran  was arrested under Sec 151 of the CrPC, which deals with preventive custody to maintain law and order, and taken to Chittaar police station. He was further charged under IPC 353, which is the non-bailable offence of using criminal force to deter a public servant from doing their duty. His overnight stay at Chittaar police station had become the source of another  row after  he told media persons that he had been mistreated in the police station, and further, that his irumudikettu (the holy bag of offerings that Ayyappa devotees carry on their heads) had been thrown on the ground and stamped on by the police. However, Chittaar police officials  denied his allegations and said Surendran himself had thrown  it on the ground..