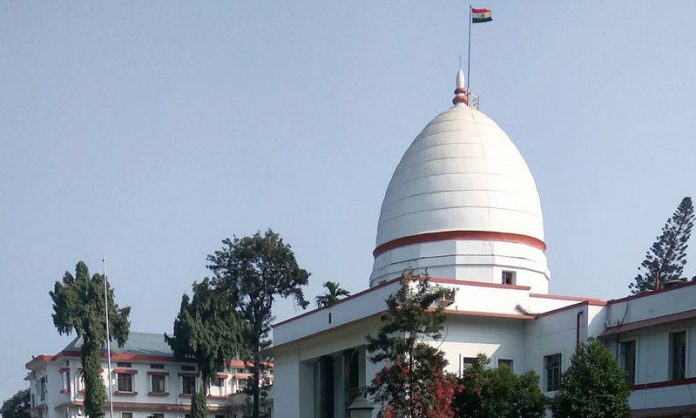 The Gauhati High Court has recently disposed of a Public Interest Litigation (PIL) filed seeking a direction to the respondents not to divert the scheme of National Highway No. 127(B) from the earlier survey conducted in 2012, which, if permitted, will cause heavy loss and injury to people, including the villagers of Kismat Hasdaha Part-II, III and Debottar Hasdaha Part- IV.

In the PIL filed by the villagers of Kismat Hasdaha Part-II, III and Debottar Hasdaha Part- IV, the further prayer was to suspend all operations of the respondents in connection with the diversion of alignment of National Highway No. 127(B) from the bridge of Shulibhangi to Dhelkhowa.

Some residents submitted a representation before the Deputy Commissioner, Dhubri for realignment of the proposed National Highway No. 127(B) i.e. Alignment Option-II through the existing National Highway at the portion of Kalarhat Panchayat. The said stretch of National Highway was with the Assam Public Works Department (NH Works), Government of Assam. However, on or upon comparative study conducted by the DPR Consultant, the authority decided to proceed with the Alignment Option-I (Newly proposed Bypass Alignment). The decision was taken in a review meeting dated 05.10.2017 and the same was conveyed to the Director General (Road Development) and Special Secretary, Government of India MORT&H, New Delhi vide communication dated 11.12.2017.

A counter-affidavit was filed on behalf of respondents. It is averred that the NHAI selected alignment Option- I (Newly proposed Bypass Alignment) on the basis of the feasibility study and the detailed projected report prepared. The State respondents through the Deputy Commissioner, Dhubri also took a similar stand supporting the contention of the NHIDCL that the proposed construction is to be made by following alignment option-I (Newly proposed Bypass Alignment).

However, the Court observed that the said Ibrahim Ali Sk or other persons against whom the allegations are made have not been arrayed as party respondent in the present proceedings. That apart, the allegations made are not supported by any credible materials which can be referred to. The technical suggestions offered by the petitioners, whether possible or not, is not within the competence of this Court to decide and it would be in the interest of all concerned to leave such technical details to be decided by the respondents authorities and the experts responsible for undertaking the construction. It is also a further grievance of the petitioners that the representations submitted by the petitioners before the Deputy Commissioner, Dhubri has not been attended to adequately.

In view of the above discussions, the Bench did not find any merit in the prayers made in the PIL and, therefore, the Court declined to issue any specific directions to the respondents in terms of the prayers made.