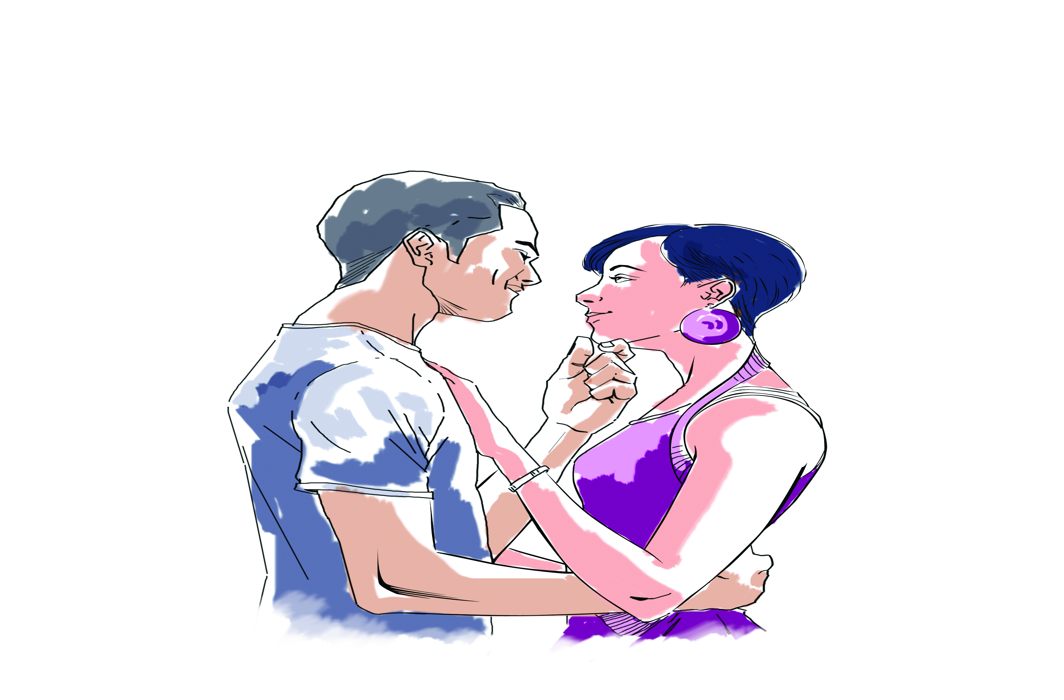 In far-reaching judgments, courts have approved live-in relationships among adults even if the boy is not of marriageable age

For both boys and girls, the attainment of majority at the age of 18 is a significant moment. It endows them with the right to choose whom they will live with, unperturbed by the control hitherto exercised by their parents or guardians. However, as the minimum age for marriage is 18 for girls and 21 for boys, this has led to some incongruity: while girls are free to marry whom they want once they be­come majors, the boys will necessarily have to wait for three years more. The legal status of the live-in relationship during this interlude, therefore, poses some difficulty to be reconciled by courts.

Two recent judgments, the first by the Supreme Court, and the other by the Kerala High Court, have approved live-in relationships of adults who want to marry, even if the boy is not of the legally marriageable age of 21 years.

In the first case, Nandakumar v the State of Kerala, Justices AK Sikri and Ashok Bhushan of the Supreme Court held on April 20 that two adults, even if they are not competent to enter into wedlock, have the right to live together. “It would not be out of place to mention that ‘live-in relationship’ is now recognised by the Legislature itself, which has found its place under the provisions of the Protection of Women from Domestic Violence Act, 2005,” Justice Sikri wrote in his judgment.

In this case, the appellant, who was less than 21 years, had married a girl, who was 19, against the wishes of her father, who filed a habeas corpus petition seeking her production in the Kerala High Court. The High Court, finding that the appellant was below the marriageable age of 21 years on the date of marriage, held that a valid wedlock was not solemnised between them. A certificate issued by the local authority under the Kerala Registration of Marriages (Common) Rules, 2008, was also not produced, the High Court found. Therefore, it entrusted the custody of the girl to her father.

Disagreeing with the High Court, the Supreme Court found merit in the submission that as the girl was not a minor daughter of her father, her custody could not be entrusted to him. The Supreme Court further reasoned: “It cannot be said that merely because Appellant No. 1 (the minor husband) was less than 21 years of age, marriage between the parties is null and void. Appellant No. 1 as well as Thushara (the girl) are Hindus. Such a marriage is not a void marriage under the Hindu Marriage Act, 1955, and as per the provisions of Sec­tion 12, which can be at­tracted in such a case, at the most, the marriage would be a voidable marriage.”

Section 5 of the Hindu Marriage Act states that a marriage may be solemnised between any two Hindus if the bridegroom has completed 21 years and the bride, 18 years at the time of marriage. Section 12 of the Act states that any marriage so solemnised, shall be voidable and may be annulled by a decree of nullity, on any of the specified grounds. Interestingly, none of the grounds specified under this provision deal with the marriageable age of either the bride or the bridegroom.

The Prohibition of Child Marriage Act, 2006 (PCMA), however, makes child marriage voidable at the option of either the minor husband or minor wife. The petition under Section 3 of the Act may be filed by a minor contracting party through his or her guardian or next friend along with the child marriage prohibition officer, or at any time but before the child filing the petition completes two years of attaining majority, that is, 20 years.

In the second case, decided by a bench of the Kerala High Court on June 1, an 18-year-old boy was allowed to live with a 19-year-old girl, overcoming concerns expressed by the girl’s father that the boy was not of marriageable age and, therefore, any child born to them, would be illegitimate.

The High Court noted that the girl had attained puberty and has the capacity to marry both under Section 251 of Mahomedan Law as well as the provisions of the PCMA. The High Court held that the marriage of the boy, who was not yet 21, is voidable at his instance under Section 3 of the PCMA on the ground that he was a “child” at the time of marriage.

The High Court further noted that the girl was living with the boy out of her own volition and she, being the major, has a right to live wherever she wants to as is permissible or to move as per her choice. “The detenue (the girl) has every right to live with the fourth respondent (the boy) even outside her wedlock since live-in relationship has been statutorily recognised by the Legislature itself,” the High Court observed. For this, the High Court relied on the Supreme Court’s April 20 decision in Nandakumar v State of Kerala.

The High Court bench of Justices V Chitambaresh and KP Jyothindranath observed as follows: “We cannot close our eyes to the fact that live-in relationship has become rampant in our society and such living partners cannot be separated by the issue of a writ of habeas corpus, provided they are major. The Constitutional Court is bound to respect the unfettered right of a major to have live-in relationship even though the same may not be palatable to the orthodox section of the society.  We are, therefore, constrained to dismiss the writ petition declaring that the detenue is free to live with the fourth respondent (the boy) or marry him later on his attaining the marriageable age.”

Common to both these cases is the precedent set by the Supreme Court in the recent Hadiya case. Here, a Hindu girl, Akhila aka Hadiya married a Muslim boy, Shafin Jahan, forcing her father, KM Asokan, to seek her custody first from the Kerala High Court and later from the Supreme Court, alleging “love jihad” and conversion through undue influence. In an unprecedented intervention, the High Court set aside their marriage and entrusted her custody to her parents even though both the boy and the girl were within marriageable age.

Indicting the parents’ use of the writ of habeas corpus to secure the custody of adult daughters, the Supreme Court held in the Hadiya case: “Thus, the pivotal purpose of the said writ is to see that no one is deprived of his/her liberty without sanction of law. It is the primary duty of the State to see that the said right is not sullied in any manner whatsoever and its sanctity is not affected by any kind of subterfuge. The role of the Court is to see that the detenue is produced before it, find out about his/her independent choice and see to it that the person is released from illegal restraint. The issue will be a different one when the detention is not illegal. What is seminal is to remember that the song of liberty is sung with sincerity and the choice of an individual is appositely respected and conferred its esteemed status as the Constitution guarantees. It is so as the expression of choice is a fundamental right under Articles 19 and 21 of the Constitution, if the said choice does not transgress any valid legal framework. Once that aspect is clear, the inquiry and determination have to come to an end.”

The Supreme Court held in this case that the High Court had unwarrantably taken exception to their marriage forgetting that parental love or concern cannot be allowed to fluster the right of choice of an adult in choosing a man to whom she gets married. The Supreme Court added that social values and morals have their space, but they are not above constitutionally guaranteed freedom. The Supreme Court made it clear that sans lawful sanction, the centripodal value of liberty should allow an individual to write his/her script. “The individual signature is the insignia of the concept,” it emphasised.

The Supreme Court, disapproving of the tendency to take decisions on behalf of adult individuals, observed: “The courts cannot, as long as the choice remains, assume the role of parens patriae. The daughter is entitled to enjoy her freedom as the law permits and the court should not assume the role of sentiment of the mother or the egotism of the father.  We say so without any reservation.”

The Supreme Court, during the hearing of the Hadiya case, dismissed the centre’s suggestion that an adult woman may be susceptible to indoctrination and deprogramming by vested interests backed by
a well-oiled machinery and, therefore, needs to be guided in her choice of her spouse.

That the Supreme Court took more than four months to grant Hadiya her freedom from the clutches of her parents, and even more time to decide that she, as a major, has a right to choose her spouse, shows that it is not easy for our courts to resolve such issues. Once resolved, however, they become valuable precedents in settling cases giving rise to similar, if not identical, issues.