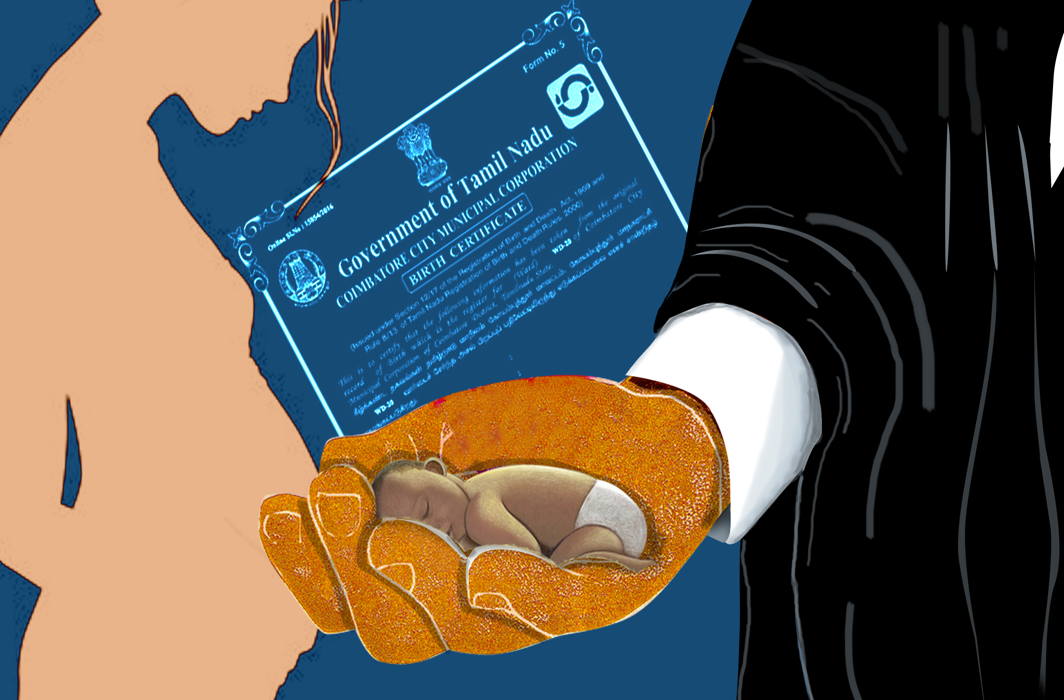 In a progressive judgment, the Madras High Court has ruled that it’s not mandatory to fill the father’s name in a birth certificate. But experts say this would be difficult to implement for all records

A recent judgment of the Madras High Court will have far-reaching consequences, but may be difficult to implement. The Court had ruled in a case of artificial insemination that it’s not mandatory to fill the father’s name in a birth certificate. It directed concerned authorities to issue a fresh birth certificate with the column asking for father’s name to be kept blank. While feminists and some women lawyers hail this judgment, a majority of lawyers and common citizens feel this judgment will be difficult to implement.

The case related to petitioner Madhumitha Ramesh who was married to a man called Charan. She later got legally separated from him. After her divorce, she conceived a child through artificial insemination and delivered. While getting discharged from the hospital, she was issued a birth certificate by the Tiruchi Corporation (the competent authority to issue birth/death certificates), where the father’s name was filled as Manish Madanpal Meena, a male friend of Madhumitha’s who helped her during her delivery. This was done despite Madhumita making several requests to the authorities to keep this column blank. Challenging this, Madhumitha approached the Madurai bench of the Madras High Court and on November 13, 2017, Justice R Mahadevan passed an order di­recting her to file a fresh representation before the concerned revenue divisional officer within two weeks from the date of receipt of a copy of the order. Justice Mahadevan also said that the concerned authority shall pass ap­pro­priate orders within two weeks by taking into consideration the pitiable con­dition of the petitioner (Madhumitha).

When there was no positive response from the Tiruchi Corporation, Madhumitha once again approached the Madu­rai Bench of the Madras High Court. After hearing her case, Justice MS Ramesh said in his order: “On the factual side, affidavits of the petitioner’s former husband and her friend (who was wrongly identified as the father of the child) asserting that the child was not biologically their daughter were also submitted. Madhumitha also swore a similar affidavit.” He directed the chief health officer to delete the name of the father which had been erroneously entered.

Justice Ramesh also quoted Section 15 of the Registration of Births and Deaths Act, 1969 and the corresponding state rules in Tamil Nadu. These provisions deal with the correction or cancellation of entry in the register of births and deaths. The judge also specifically restrained the concerned authority from insisting on another name for the mother’s friend. The judge added the following: “I have made the above observations consciously in order to restrain the first respondent, namely, ‘The Assistant Commissioner, K Gopalapuram Circle, Trichy Corporation’.”

Feminists and a section of lawyers and social activists hailed the judgment. Jyothi Sarkar, a feminist and social rights activist, told India Legal: “This judgment definitely advances the activities of progressive social groups, especially of feminists. This case is an unusual paternity case and the judgment strengthens the spirit of earlier rulings by several High Courts in India and also the Supreme Court. For single women, this is great news.”

A few lawyers cite a famous ruling of the Supreme Court in 1999. Latha Rao, an advocate in the Madras High Court, said: “In that case, a woman, Githa Hariharan, was the petitioner. She challenged RBI’s rejection of an application where she wanted to make investments in her son’s name (with her as the ‘natural guardian’). However, the RBI cited Section 6 of the Hindu Minority and Guardianship Act, 1956, which said the ‘natural guardian’ was the father.

In her petition, Hariharan argued that the provision discriminated against women in the matter of guardianship rights over her children. In its ruling, the Supreme Court asserted the pre-eminence of the child’s welfare in all considerations, and held that in this instance, the mother was the ‘natural guardian’.

Rao further added that though there would be difficulties for Madhumitha while bringing up her child, there has to be a beginning.  “As the child grows, Madhumitha will face many problems. One is legal and the second is the cruel face of society. Nasty questions could be raised about the father of the child. The curiosity and sadistic pleasure of society in this case will generate a lot of heartburn for both the child and the mother,” said Rao. Both, she said, would have to stand up to society and that will encourage others facing similar problems. “If I am in Madhumitha’s position, I, too, would do what she is doing now and change society’s perceptions,” she said.

And that is what even well-established lawyers are saying—that the mother and child will face a Herculean task. Manu Sundaram, a lawyer in Madras High Court, said: “This is indeed a great judgment. But there are practical problems which both the mother and child will face. You can’t move even an inch if you refuse to fill the father’s name. Whether it is getting an Aadhaar card, ration card, buying an insurance policy, getting a driving license, passport or a PAN card, the problems are many.”

He mentions the practical difficulties of many matters now going online.  Take for example, passport. “While applying online, one has to fill the name of the father in a particular column. If that is kept blank, one cannot go to the next page and that will be the end of the matter,” said Sundaram. “Changes in such matters can be done only after Parliament enacts a law which grants citizens the option to keep this column blank. It cannot be compulsory. Also, all computers and software must be upgraded to accept this change.”

Another lawyer said: “To get any card, the father’s name is a must. If it isn’t filled up, the application will be rejected. You will once again have to come to the High Court with a fresh petition and argue the case by citing Justice MS Ramesh’s order. And the inherent danger is that you cannot expect or get the same order which was delivered by him. That is a subjective matter and left to the discretionary powers of judges. You may not get a positive and progressive judgment such as the one from Justice Ramesh.”

Madhumitha may have won the battle, but certainly not the war.