Pathan was arrested on February 24 last year brandishing a pistol with the temerity of firing and pointing it at police personnel Head Constable Deepak Dahiya, who was deputed on that day for law and order arrangements near Jaffarabad Metro Station. 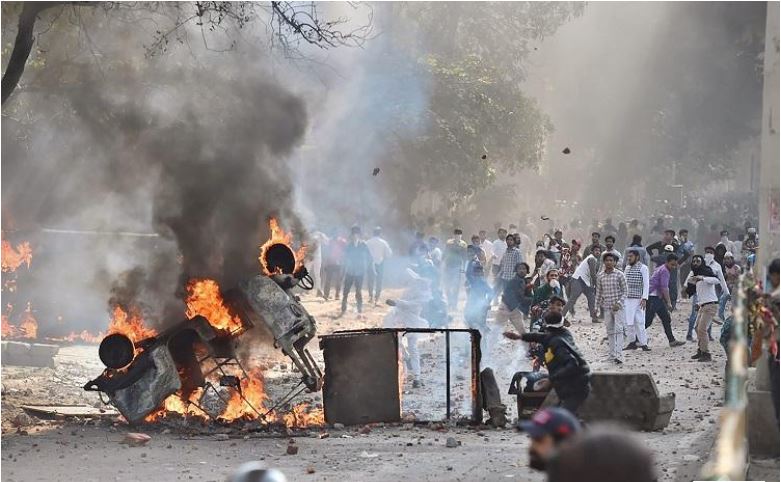 The Delhi High Court while dismissing the bail plea filed by Delhi riots accused Shahrukh Pathan made a persistent observation over certain contents of the plea said that “Highly derogatory and serious allegations have been made against the Government of India, Ministers and Judge of this Court”.

“Before coming to the facts and rendering an opinion in the present case, this Court takes a serious view to the contents of paragraphs No. 14 to 16 of this petition, which are not worth disclosing. Highly derogatory and serious allegations have been made against the Government of India, Ministers and Judge of this Court, which is deprecated and the Bar is suggested to not make such claims until and unless supported with factual and material evidence in a particular case,” said a single judge bench of Justice Suresh Kumar Kait.

The said paragraphs of Pathan’s petition said that “merely to refresh the often forgetful minds of the era and the undeclared dictatorial regime that we live ln, where the bootlickers of the mighty like Kapil Mishra, Anurag Thakur get away with inciting riot which killed several people and the judge who ordered the Police to give explanation “as to why the FIR’s must be registered against these two BJP leaders” was scrupulously transferred overnight (though his recommendation for transfer was made earlier but approval of transfer was made overnight).”

“The plight of the so called protectorate (police) is such that the hateful and inci teful videos. of the Political leaders were showed by Justice Muralidhar in open court to the Police officials and the SG who is supposed to help the court nab the culprits, vehemently argued that “the time is not conducive to register the FIR against these two” (ignoring the fact that in criminal cases immediate registration of FIR is an essence) but when the said judge refused to accept such contentions and ordered to make \S· “· ‘1l their stance clear and come before the court the next day, the said judge was scrupulously transferred and the said matter went on to be listed before another bench where contrary to the legal practice that the hearing resumes from the past order but in this instant case, it was completely ignored and the prayer which was vehemently pleaded by the SG and rejected by the previous justice was accepted by the present judge in a jiffy,” para 14 of the said bail plea said.

“The Home Ministry in connivance with the Delhi Police and through all the other agencies has unleashed a mammoth attack on Muslims and Muslim empathizers and have been wantonly attacking and arresting innocent Muslims by invoking the draconian provisions of NSA or UAPA, etc and have successfully succeeded in creating an environment of hate on the line of religion. 16. That it is also pertinent to mention herein that these persecutions and witchhunt is only prevalent in BJP ruled states. Protest of similar magnitude happened even in Murnbai, Kolkata, Kerala, etc. and at all such places, the protest was peaceful. This only goes on to imply the witch-hunt against those dissenting the power. That these facts are merely to reflect the conduct of the investigating agency,” the para 15 of the said plea read.

Dismissing the relief to Pathan, the bench categorically observed, “The role attributed to the petitioner is not confined to participation in the mob of rioters but of heading the large crowd holding a pistol in hand and releasing open fire shots. The video clipping and pictures played before this Court have shaken the conscience of this Court how petitioner could take law and order in his hands,” said a single judge bench of the high court presided over by Justice Suresh Kumar Kait while dismissing the bail application.

“Whether or not petitioner had intention to kill the complainant or any person present in the public with his open air pistol shots, but it is hard to believe that he had no knowledge that his act may harm anyone present at the spot,” the court said.

Pathan was arrested on February 24 last year brandishing a pistol with the temerity of firing and pointing it at police personnel Head Constable Deepak Dahiya, who was deputed on that day for law and order arrangements near Jaffarabad Metro Station. The instant case against Pathan was registered under Sections 147, 148, 149, 216, 186, 307, 353 and 34 of IPC read with Sections 25 and 27 of the Arms Act.

It was argued by Pathan’s counsel that merely because petitioner was apprehended from Shamli, Uttar Pradesh, he cannot be said to be an absconder until and unless declared by the court, especially when no notice was issued against him to appear before the authorities.

“The petitioner has been made a scapegoat/ poster boy of the riots and complainant has become the symbol of bravery before the media persons, which is against fundamental rights of the petitioner,” Pathan’s lawyers argued.

They further added that the trial court while refusing to grant bail to Pathan has not considered material factual aspects and has mechanically held that the allegations levelled against him are grave.

Opposing the said submissions, the SPPs argued petitioner had absconded since the day of alleged incident and he could be intercepted only on 03.03.2020 and at his instance, the illegal weapon used by him on 24.02.2020 with 02 live cartridges and the shirt worn by him at the time of incident, were recovered from his house.

“The call detail record and video footage analysis clearly show petitioner’s involvement in the alleged incident of riots,” said the prosecution represented by the two SPPs.

It was also argued that no leniency is required to be shown towards the petitioner and this petition deserves to be dismissed.

Pathan had moved court challenging the order of the trial court denying him bail in the present case. The Karkardooma Court in November had refused to grant interim bail to Pathan, whose videos showing him “firing shots” at a policeman, during the February 2020 Delhi Riots, had gone viral on the social media/internet. Earlier, Additional Sessions Judge Amitabh Rawat had rejected the interim bail plea of Pathan.

After the said incident near Jaffarabad Metro Station, Pathan had fled from the scene. He was arrested by the team of Delhi Police Crime Branch on March 3, 2020 from the Shamli Bus Stand, Uttar Pradesh, on the basis of secret information.