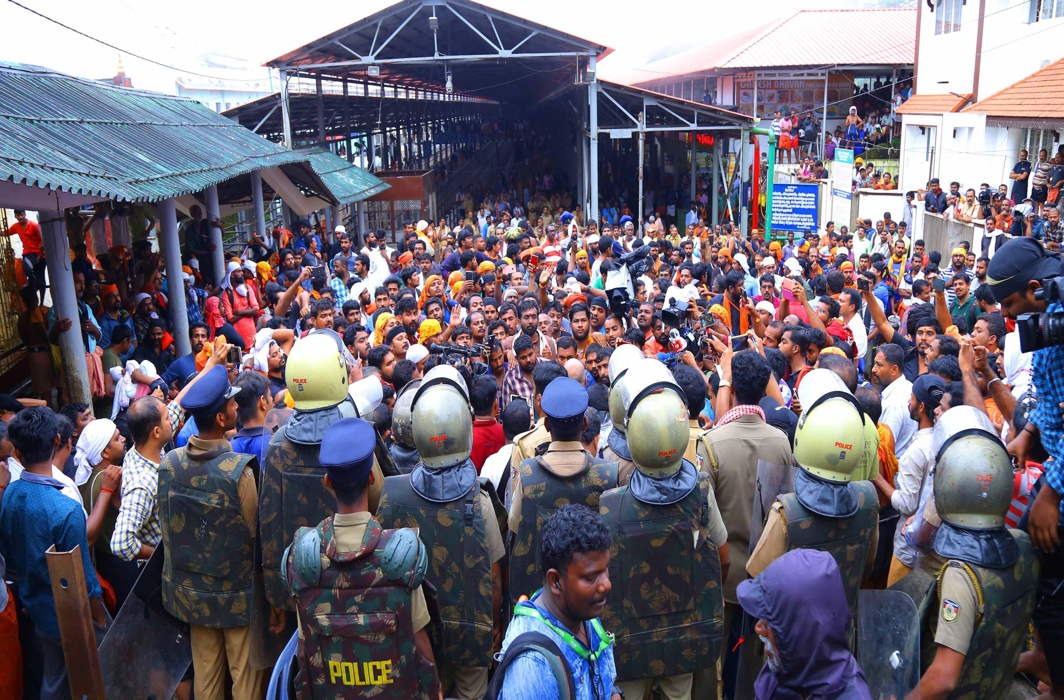 The Travancore Devaswom Board  which runs the Lord Ayyappa temple in Sabarimala will not file a review petition in the Supreme Court against its September 28 order allowing women of all ages to pray the hilltop shrine. It will not file a report either on the situation prevailing in Sabarimala and the ugly incidents that happends last week  wqhen the temple opened for it annual pilgrimage season. The board however would file a report if the SC seeks one.

Both decisions are contrary to the stand taken by the TDB when the court gave the verdict. The Board runs nearly 1200 temples across the state, the most famous of which is the Ayyappa temple in Sabarimala. “There is no relevance of a review petition by the TDB now,” TDB member Sankara Das told the media in Trivandrum..But already 19 revision petitions challenging the verdict are pending with the SC and these have been clubbed and posted  for for November 13.

The board’s move comes a day after the Marxist Chief Minister Pinarayi Vijayan asserted that the state government was not in favour of filing a review petition and was for going ahead with implementing the apex court verdict on entry of women of all ages into the temple.r Vijayan had also criticised the temple head priest and Pandalam Royal family, associated with the Sabarimala temple, on Tuesday.He took exception to head priest Rajeevaru’s remark that he would close the temple if women were allowed to enter the shrine.

The chief minister also asked the TDB to take action against the priest and sub-priest of the Sabarimala temple who joined the protest of Ayyappa devotees opposing the entry of women aged between 10 and 50 into the shrine.

The annual Mandala pilgrimage season at Sabarimala will begin on November 16 and a report filed by special commissioner for the Sabarimala temple to the Kerala High Court on Tuesday warned of “turbulence” in view of the surcharged atmosphere as pro and anti-womens entry groups seem determined to have their way.