Earlier on March 3, the Bombay High Court had granted transit bail to Chaudhari with the liberty to approach a court in Delhi by March 12. 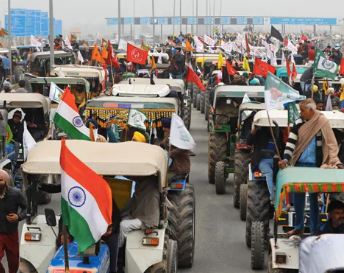 A Delhi court on Friday directed that no coercive action be taken against Toolkit case accused and environmental activist Shubham Kar Chaudhari in a sedition case lodged against him.

Additional Sessions Judge Dharmendra Rana passed the order while slating the matter for further consideration on March 15. The order was passed after Public Prosecutor Irfan Ahmed informed the court that the anticipatory bail applications of co-accused Nikita Jacob and Shantanu Muluk are listed on March 15.

Meanwhile, appearing for Chaudhari, Advocate Soutik Banerjee informed the court, “The protection given to me by Goa Bench expires today, my case is distinct as I have no role in the making of this toolkit. The only role I have is that I was a member of the organisation.”

Following these submissions, the court said,

“List for March 15 for further consideration. Meanwhile no coercive action be taken against the applicant accused.”

Earlier on March 3, the Bombay High Court had granted transit bail to Chaudhari with the liberty to approach a court in Delhi by March 12.

In his application before the Bombay High Court, he had claimed that he had volunteered for “Extinction Rebellion” organization and is presently its South Asia Liaison. Shantanu Muluk and Nitika Jacob also have links with the said Organisation.

It was contended by Chaudhari that he was “falsely implicated” in the case and has no connection with the said toolkit.

Police said that the toolkit was not created just by a handful of activists in India but in collaboration with pro-Khalistani organisations.

The Special Cell of Delhi Police lodged an FIR against creating and spreading the toolkit and said that a probe is on to unravel an ‘international conspiracy’ to defame India.