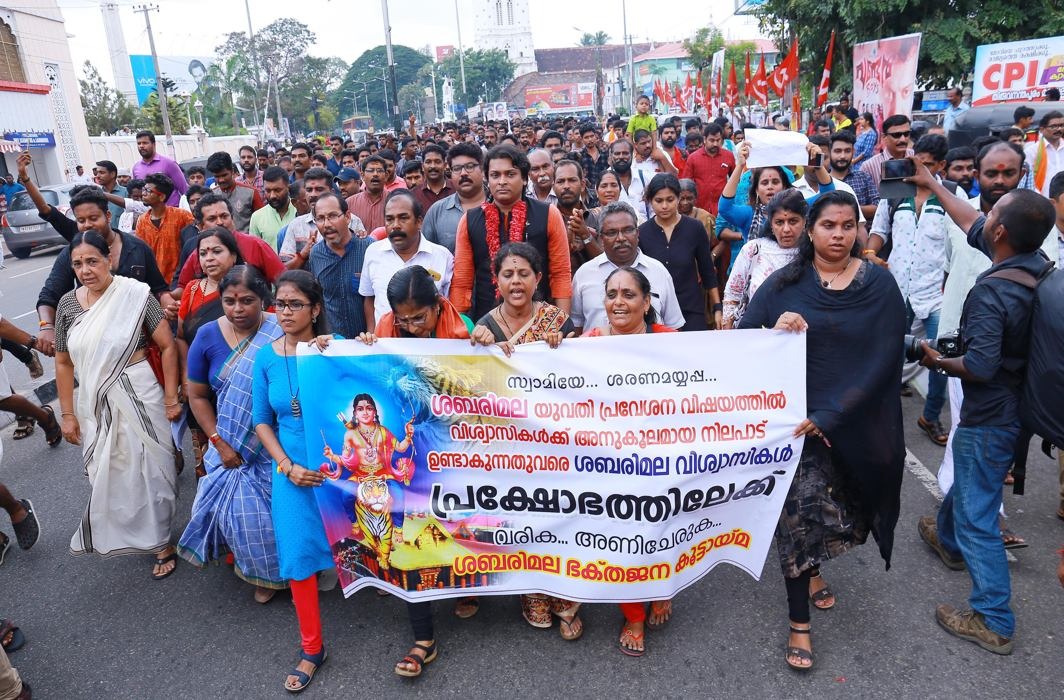 Four women devotees of Lord Ayyappa have filed an appeal in the Kerala High Court seeking police protection so that they can reach sabarimala and offer prayers at the temple.

They said the above named people were instigating bhakts to use violence to dissuade women from going anywhere near the temple. Despite the SC order, during the five days that the temple was open last week, not one woman managed to get anywhere near the temple though scores of them had come from all parts of the country. Some were even physically manhandled and pushed out. They have sought a declaration that the government is duty-bound under the Constitution to maintain law and order.

Meanwhile,a top official has warned the Kerala High court  that there could be trouble in Sabarimala when the temple reopens next month. Special Commissioner M Manoj also informed that the protests may lead to chaos in Sabarimala and the key entry points to the shrine. Manoj was appointed by the court in the wake of the SC order to submit periodical reports on matters related to the hills and the shrine. “During the festive season, protests by frenzied devotees may lead to crowd turbulence and stampede which may lead to injuries… and loss of live,” he said. The report was submitted a day after the shrine closed at the end of the five-day monthly puja which saw unprecedented security and some violence too.