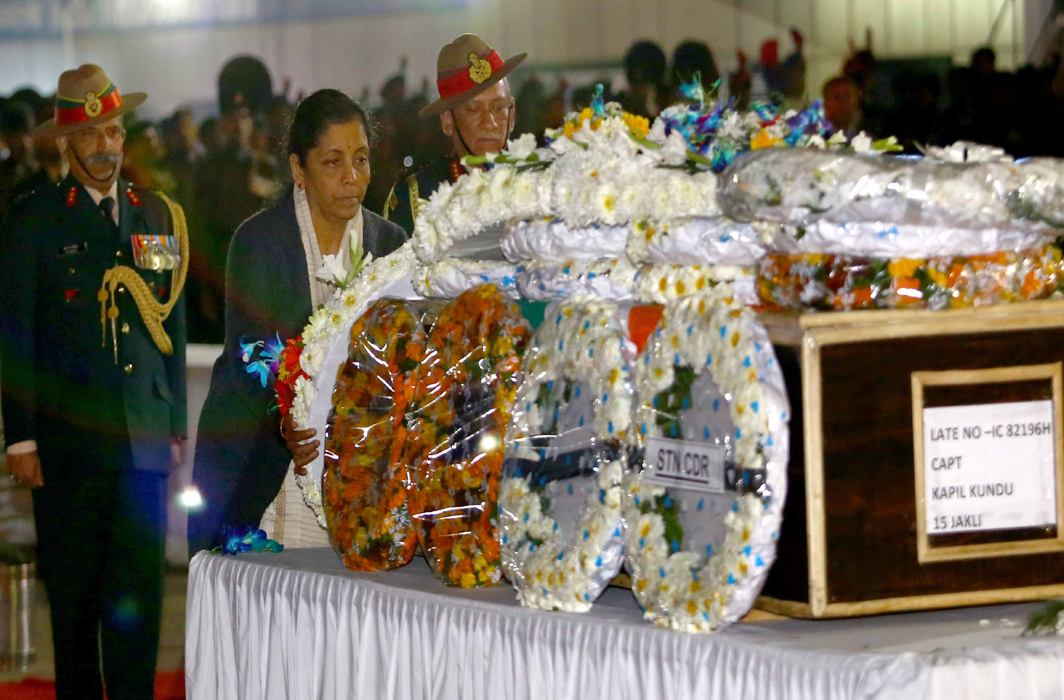 The constant conflict of attrition on the Jammu and Kashmir border with Pakistan along the Line of Control (LoC) and International Border (IB) is not a recent phenomenon as many of us may believe. The seeds of this crisis were sown in 1947-48, when the Razakkars/ Kabaylis raided Kashmir under the pol-itical orders of the newly formed government under Mohammed Ali Jinnah. Since then, Pakistan’s aim to bleed India with a thousand cuts has led to the present situation.

Today, there is a conflict in the form of constant firing along the 780 km of the LoC and 180 km of IB. The ceasefire violations in 2017 alone have been 860 and 180, respectively. The intensity of the cross border violations is so much that in the last five weeks, there have been 241 ceasefire violations and nine armed forces personnel have been martyred, including an Air Force commando. According to the Indian Army chief, the causalities amongst the Pakistani forces are far higher as both sides are bringing in heavier weapon systems like rocket launchers, mortars and light to medium artillery. With such an escalation, and Pakistan infiltrating more and more terrorists into the Indian territory, there seems to be very little or no space for any sort of rapprochement or confidence building measures.

Why have ceasefire violations increased at such an hectic and violent pace, is a question haunting military thinkers and leaders. Though the tension along the LoC has been going on at nearly regular basis with varying degree of intensity, it became serious in 2003 when the retaliation from the Indian side was intense, bringing in a period of comparative peace for some time. 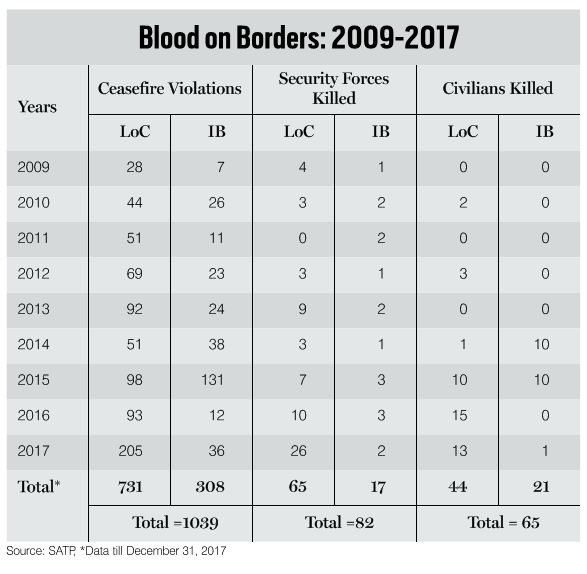 However, the turning point was in July 2016, when largescale protests started following the death of Hizbul leader Burhan Wani. Eighty civilians lost their lives with more than 1,000 people seriously injured, including a large number of security personnel. The situation deteriorated when an army base was attacked by militants near the Uri town and 19 Army soldiers lost their lives. At a meeting of the Cabinet Committee on Security on September 24, 2016, broad details and plans of targeting various terrorist locations inside POK were discussed. The subsequent surgical strikes on September 29 by India were the outcome.

The result was that Pakistan increased the intensity of firing across the border and the incidents of ceasefire violations rose sharply from September 30, 2016 onwards. The casualties of many civilians living close to the border were the result of Pakistan gunners getting real time information on Indian border deployment through the use of aerial vehicles or the UAVs.

By January 18, 2018, ceasefire violations were happening every third day and on February 4, 2018 four Indian Army soldiers, including one Captain, were killed and a few injured. Since then, ceasefire violations have become a daily occurrence leading to the question: Why such an escalation with so many innocent casualties, so much of armament used? All this weighs heavily upon the exchequer on both sides. There is no doubt about the state of aggressive belligerency on the part of Pakistan and suitable retaliation by the Indian side, but what is the requirement for all this? Can peace not prevail? Surprisingly, the answer is no.

Rawalpindi wants to retain its dominant position in Pakistan and call the shots in all major affairs of the country, including foreign policy. Knowing the Indian Army is too much for them to handle, they have settled on an easy way out; waging a proxy war through terrorism which has now escalated into the constant ceasefire violations. The Pakistani army and the ISI are being effective in their bid to increase tensions and terror-related actions by luring potential terrorists from amongst disgruntled or misguided youth. The ceasefire violations are an added weapon in their arsenal. Pakistan is taking full advantage of the situation and has harnessed the support of Taliban elements from the Afghan border and sending them across the LoC in Kashmir valley and the neighbourhood.

Faced with this situation, what can India do? In the words of leading Army generals who have been earlier deployed in the region, the answer is to make the situation so heavy and costly, that it is beyond Pakistan’s capacity to handle. To begin with, officers who have served in Kashmir say it is necessary to create a Kashmir-like situation in Pakistan, focused on the Balochistan and Pakhtunwa regions. They also say we must extend full support to the uprising there, including defence equipment and back the leading politico-religious elements of the movement. Then, to counter China’s CPEC and OBOR projects, India must not waste any time in developing strategic Chabahar-like projects in Iran, besides planning similar ones in the neighbourhood.

They recommend making our Afghan policy clearer and more aggressive and creating military stations and air bases in Afghanistan. This must have the support of the Americans. India is already engaged in industrial and rural development programmes to win the people’s support and this should be escalated. The current thinking on army circles is that the crossfire violations may create a Kargil-like situation again, and India should be prepared for this, unlike during the actual Kargil operations where Pakistani elements had infiltrated and occupied Indian posts. The current thinking urges the government not to fall for nuclear bluff.

Finally, the armed forces are convinced that the civilian leadership’s political thinking needs to change as far as dealing with Pakistan and separatist elements are concerned. Our national security doctrine and policies related to Kashmir and external security require an overhaul. Finally, and more importantly, all political parties of India must be on the same page in countering Pakistan’s belligerence. Neither side is ready for a dialogue so the frequency of cross fire violations, coupled with a rise in infiltrations, needs to be met with a suitable response. It is literally fighting fire with fire.

—The writer is a leading defence analyst