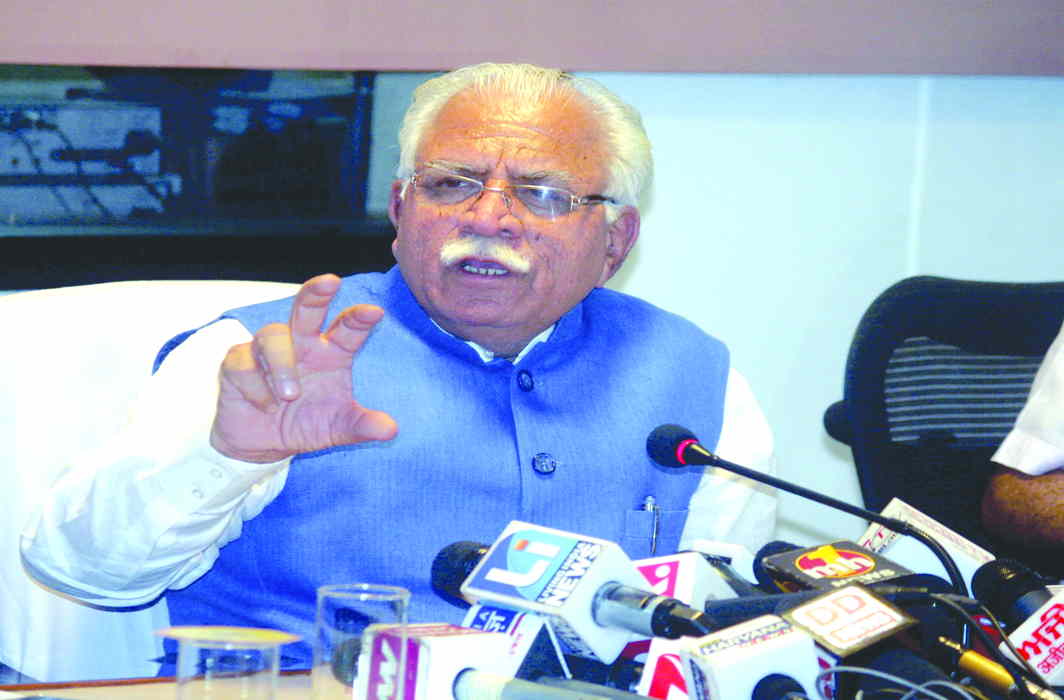 There is something enigmatic about girls from Haryana. The state has the dubious distinction of having one of the poorest sex ratios in the country. Girls are discriminated against and face physical and verbal abuse and yet they have excelled at national and international levels in different fields, ranging from sports and the armed forces to films and the fashion world.

The sex ratio, which was a pathetic 819:1,000 as per the census figures of 2011, is now claimed to be 914 against the national average of 940 recorded during the 2011 census. It is still not good enough but evidently a combination of efforts by government, voluntary and social organisations has led to the spread of awareness.

Despite stringent laws, which were made even more harsh after the Nirbhaya case, there is no let-up in the number of incidents of rape and molestation in the state. One of the major stumbling blocks in deterring culprits is the inordinate delay in the justice delivery system.

According to a survey conducted by the Kailash Satyarthi Children’s Foundation, over one lakh cases involving rape are pending in courts for several years. The Nobel prize winner’s foundation recently pointed out that given the current pace of prosecution, the accused were not likely to be convicted soon. Giving two instances, the foundation has estimated that a child rape case registered today in the north-eastern state of Arunachal Pradesh would take 99 years to go through the courts. Similarly, a child raped in Gujarat would have to wait 53 years to get justice.

In this light, the latest set of decisions taken by the Khattar government to deal with sexual abuse and harassment in Haryana is welcome. However, the results will only be visible if the decisions are implemented with sincerity and determination. Amendments will have to be made to the concerned laws but the chief minister, who enjoys a comfortable majority in the assembly, has assured that the amendments will be made during the ensuing session.

Among the measures he announced was that the accused in rape and eve-teasing cases in Haryana will now be debarred from all government facilities, such as old-age pension, pension for physically disabled persons, and driving and arms licences. “These services will remain suspended till the court announces its verdict in the case. If the accused is convicted and sentenced, he will not be eligible for these facilities anymore,” the chief minister said, according to an official release. The only exception to the withdrawal of government facilities is subsidised ration.

Announcing these decisions at a programme on women’s security and empowerment, he said that a comprehensive scheme for the safety and security of women would be launched either on Independence Day or on the occasion of Raksha Bandhan on August 26.

Khattar also announced that in case a rape victim wanted to hire a lawyer of her choice instead of the one provided by the state government, she would be provided financial assistance of  Rs 22,000 for it.

All this had become necessary in view of the continuous reports of rape and sexual harassment from across the state. In one government school in Mewat, a girl student from a village refused to go to  school because of the sexual harassment she had to encounter every day on the way to the school and back. The protests continued for about a month before the local administration assured that adequate security would be provided and action taken against the goons.

Unfortunately, discrimination against the girl child starts even before birth in Haryana and, indeed, in neighbouring Punjab, where also the sex ratio is quite poor. The female foeticide rate is high in both states partly due to the tradition of heavy expenditure incurred on bringing up girls and their marriage which also entails a huge dowry. The discrimination continues even while growing up, in food, clothing and education.

Till a few years ago, medical practitioners openly conducted sex determination tests, and the use of ultrasound machines to detect the sex of the unborn was a common practice. The amendments to the Pre-Conception and Pre-Natal Diagnostic Techniques (PC-PNDT) Act and the strict enforcement by courts compelled the government to initiate harsh measures. A large number of FIRs were registered under the PC-PNDT/Medical Termination of Pregnancy Acts.

The state must also be complimented for taking steps like regular and close monitoring of pregnant women since conception, which also ensures that pregnancy is not aborted due to social or family pressure. Special ambulances for pregnant women and several other incentives for the girl child have also been provided.

The Beti Bachao Beti Padhao programme is also working well in Haryana and several social groups are involved in promoting and encouraging the girl child. For instance, one village started a “selfie with daughter” campaign which was applauded by Prime Minister Narendra Modi.

The time-bound action plan against alleged rapists and molesters proposed by the Khattar government, and the immediate initiation of action, will hopefully deter anti-social elements. But ultimately, the laws leading to expeditious judgments would go a long way in being a deterrent.