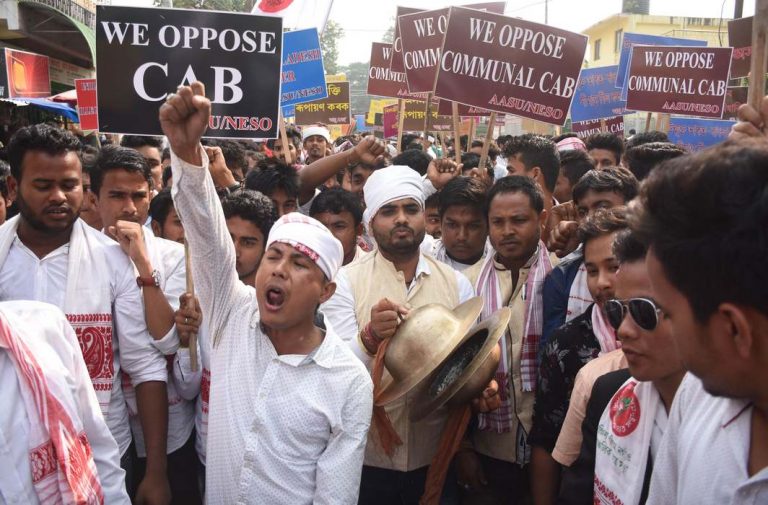 Even as President Ramnath Kovind gave assent to the Citizenship Amendment Act (CAA) that was ratified by both houses of parliament this week, a flurry of petitions challenging the Act were filed in the Supreme Court on Friday.

Among the first to approach the top court was TMC MP Mohua Moitra who challenged the validity of the Act. But the Chief Justice of India SA Bobde refused to give an urgent hearing to the plea. This was followed by a plea from NGO’s Rihai Manch and Citizens Against Hate contending CAA is unconstitutional as it coins a new concept of ‘religion test’ in India’s citizenship law.

In the petition, the party which is part of the opposition Congress-led United Democratic Front in Kerala, it was said the bill that was ratified by both houses of Parliament earlier this week, was brought with mala fide intention and is thus unconstitutional. It said, the bill was brought in only to provide citizenship to 15 lakh Hindus, who were found to be illegal immigrants when the National Registry of Citizens (NRC) exercise was taken up by the BJP government of the state of Assam. It also claimed that at the same time, Muslims who were also illegal immigrants were sought to be deported and kept in detention in special camps.

The controversial act seeks to give Indian citizenship to Hindus, Sikhs, Buddhists, Jains, Parsis, and Christians fleeing persecution in Muslim-majority Afghanistan, Bangladesh and Pakistan. The CAB was an election promise of the BJP in the last two Lok Sabha elections. The Congress and a few other parties are also planning to file similar petitions in the next few days.