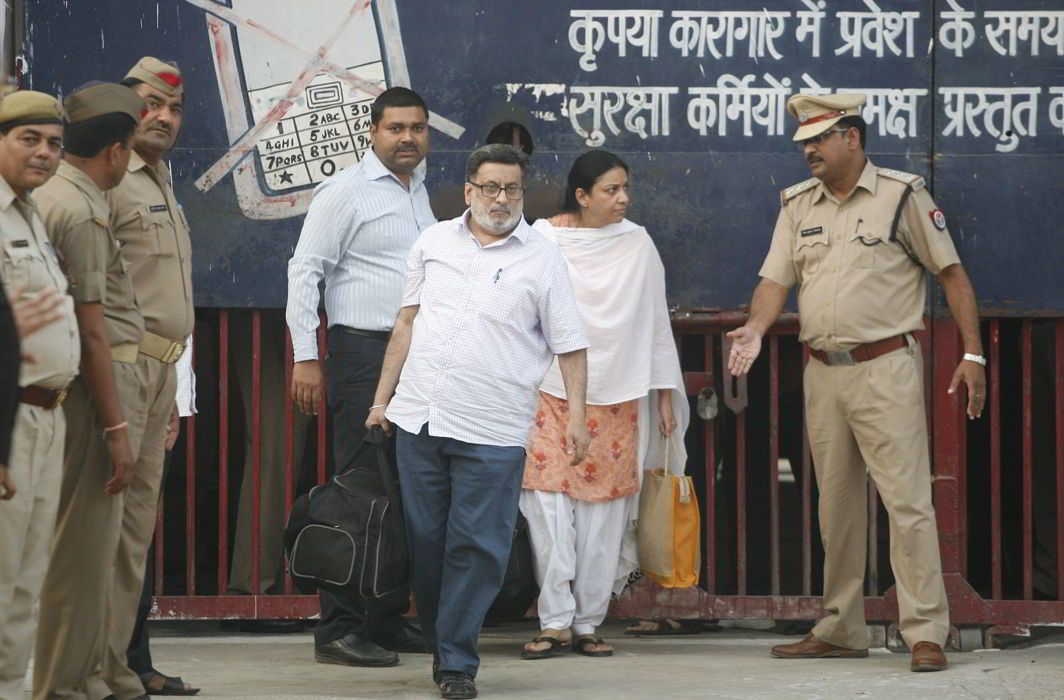 Above:  Rajesh Talwar and Nupur Talwar coming out of the Dasna jail after being acquitted (file pic)/Photo: Anil Shakya

The Supreme Court on Friday (August 10) admitted the CBI plea in the Aarushi-Hemraj murder case.

The court also tagged the CBI plea with Hemraj’s wife’s plea, challenging the acquittal of Rajesh and Nupur Talwar in the case.

It may be recalled that in October 2017, the Allahabad High Court had acquitted the Talwars saying that there was no credible evidence which could prove that Talwars were involved in double murders. Following this the Talwars were freed from the jail after four years.

Earlier, the Talwars were held guilty and sentenced by the trial court in the case, following which the Talwars moved the Allahabad High Court challenging their conviction.

Aarushi Talwar was found dead in her home in 2007 in Noida. A day later, Hemraj, servant of the Talwars, was also found dead.

The double-murder case was handed over to the CBI.