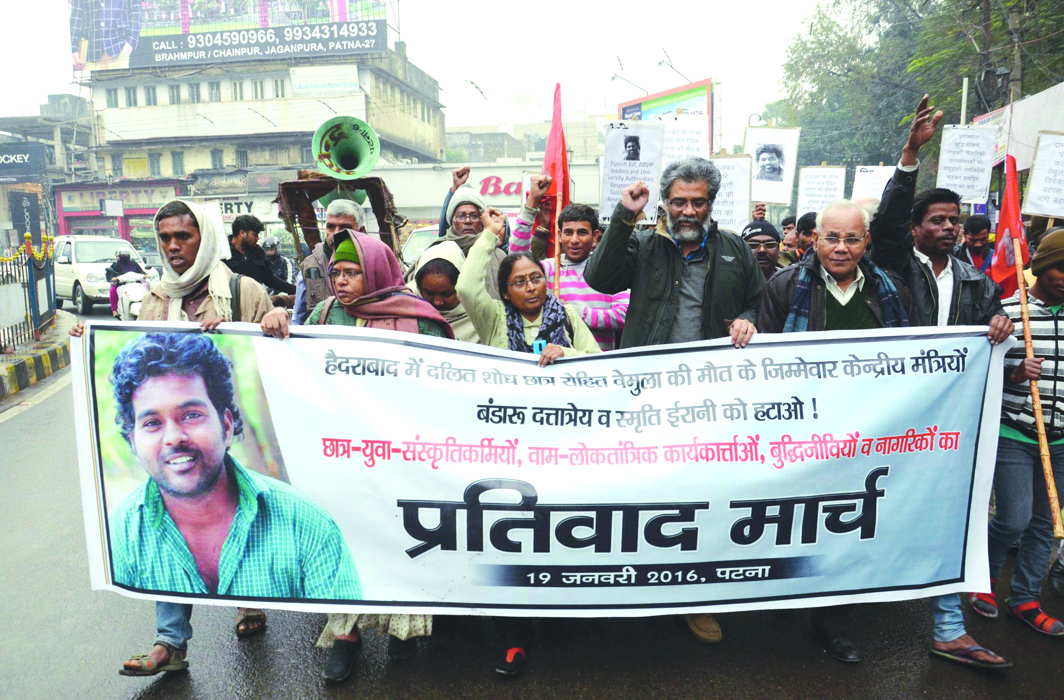 The apex court on Friday sought Centre’s reply on a plea seeking to stop caste-based discrimination in universities and other higher educational institutions across the country.

The Supreme Court was acting on a plea filed by Radhika Vemula and Abeda Salim Tadvi, mothers of Rohith Vemula and Payal Tadvi who both committed suicide due to alleged caste-discrimination in campus.

Senior Advocate Indira Jaising appearing for the petitioners informed the bench that according to the UGC regulation of 2012, there is restriction of any kind of discrimination on campus but despite that it is being flouted continuously.

“There have been quite a few instances of caste-based bias against members of the SC and ST community, which signifies blatant non-compliance with the current norms and regulations. These incidents are violative of the fundamental rights to equality, against discrimination, equal opportunity, the abolition of untouchability and right to life,” the plea said.