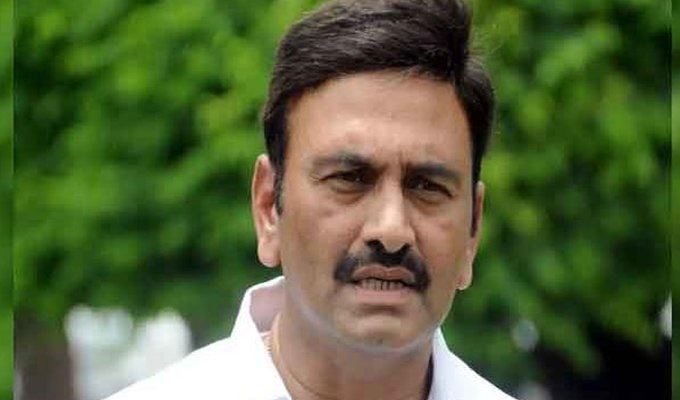 The Supreme Court issued notice in the plea which sought CBI inquiry for the alleged injury caused in the police custody to Andhra MP Raghu Rama Krishna Raju.

Sr. Adv Mukul Rohatgi appeared for the petitioner and submitted that he want to implead the CBI as a respondent in the matter and he also prayed that Respondent no. 2 to 7 shall be deleted from the array of list of the respondents.

Sr. Adv. Dushyant Dave appeared for the Government of Andra Pradesh and said, “I have objection, this can’t be entertained like this in Supreme Court.”

To which Mr. Rohatgi said that, “My client has the right to add respondent at his own risk, and he want to CBI as respondent.”

The bench also made remark that, “how the petition be successful without the respondent. We already said it will be at risk of the petitioner. We are fixing it after six weeks. He is a very senior counsel and know what is the risk behind it.”

Thereafter, the bench fixed a date after six weeks, and directed both the respondents to file the counter affidavit in the meanwhile.

MP Raghu Rama Krishna Raju is an elected Member of Parliament (YSR Congress party) from Narasapuram Parliamentary constituency in Andhra Pradesh was arrested on Friday (May 14) on the charges of sedition and was taken to the Crime Investigation Department (CID) office in Guntur district.

He moved to the Andhra Pradesh High Court for bail on May 15 but the High Court refused to entertain his bail application. Aggrieved by the order of the Andra High Court, Raju moved to the Supreme Court for bail. The Apex Court’s Bench of Justices Vineet Saran and BR Gavai observed that custodial interrogation would not be required as all statements of Petitioner are on record. The bench also took note of the medical condition of the petitioner, having regard to the heart surgery underwent by him last year. The bench also opined that possibilities of the petitioner’s ill-treatment in custody of Andra Pradesh Police cannot be ruled out.