Even though legislative councils in states are not mandatory, it is time that Parliament makes a law to align their composition with the third tier of government in order to provide an organic linkage between the two 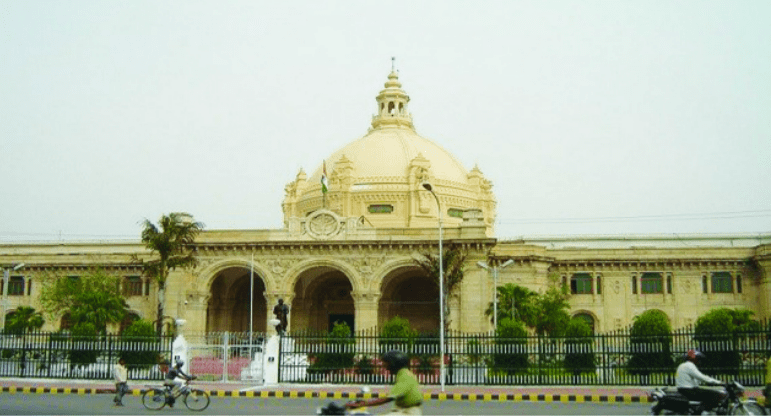 The council of ministers of the government of West Bengal, in its first meeting on May 17, 2021, took the decision to set up a legislative council. In its manifesto, the Trinamool Congress had promised the formation of the council. Some members of the party who could not contest the election or lost it could be nominated straightaway to the council, at least till such time as the election to it is held.

Mamata Banerjee, having lost the election to the legislative assembly, could be elected or nominated to the council in order to continue to hold her post as chief minister (CM) if she does not choose to go back to her tried and tested assembly constituency of Bhawanipore (which sent her to the assembly in 2011 and 2016). The sitting MLA of Bhawanipore, Sobhandeb Chattopadhyay, the agriculture minister, has resigned his seat to accommodate her.

Of course, there have been several instances of CMs being members of a legislative council. In 2020, Uddhav Thackeray, Maharashtra’s CM, had sought election to the council, having failed to get the governor to nominate him to the said body. In 2017, UP CM Yogi Adityanath was an MP and later elected to the state legislative council.

As constitutional bodies, legislative councils of states have had a chequered history. The upper house (legislative council) of the bicameral legislature of West Bengal came into existence in 1952. The state’s legislative assembly passed a resolution for the abolition of the council on March 21, 1969. Later, the Parliament passed the West Bengal Legislative Council (Abolition) Act, 1969.

Post-independence, legislative councils have been abolished after initial establishment in Andhra Pradesh (1985), Punjab (1970), Tamil Nadu (1986) and West Bengal (1969). In Andhra Pradesh, a legislative council was first set up in 1958 on the basis of a resolution of the APLA of 1956. NT Rama Rao, the founder of the Telugu Desam Party in 1982, got the APLC abolished in 1985. He described it an unproductive burden on the exchequer, an unelected and unrepresentative body used to distribute political favours to out-of-work politicians and the cause of delays in passing purposeful legislation. These were more or less the arguments advanced more than three decades later by an unlikely follower, Jagan Mohan Reddy. After a failed attempt, the APLC was revived in 2007 by YSR Reddy.

In Tamil Nadu, in 2010, following the passing of a resolution by the assembly for the revival of the legislative council, the Parliament enacted a law for the purpose. However, before the Act could be notified, the new legislative assembly (with the changed ruling party) passed another resolution in 2011 seeking the abolition of the proposed council. Accordingly, the Tamil Nadu Legislative Council (Repeal) Bill, 2012 was also introduced in the Rajya Sabha on May 4, 2012, as a measure of abundant precaution, perhaps. Tamil Nadu, therefore, does not have a legislative council at present.

Thus, creation and abolition of a legislative council in a state is optional. Moreover, on account of “may” in the clause, the Parliament is not bound to act on the resolution of the state. Further, since Article 168 lists the names of the states which have two Houses, every time a legislative council is created or abolished, this Article needs to be modified. In this context, Clause (3) of Article 169 provides that these changes can be carried out without having to follow the procedure prescribed in Article 368 for amendment of the Constitution.

A time limit has been prescribed for consideration and passage of Bills only by the legislative council, whereas in Parliament it applies to both the Houses. Thus, there is no provision for a joint sitting (refer Article 108) of the two Houses of the state legislature for settlement of unresolved differences on a bill or if a bill passed by one House is not passed by the other one within the prescribed time limit.

As far as legislative councils are concerned, their composition appears to be somewhat outdated and flawed. Providing representation to groups like graduates and teachers does not make sense today. Having made the provision for panchayats and municipal bodies in the Constitution, through the 73rd and 74th amendments, it is time that Parliament, in exercise of the powers vested with it in Clause (2) of Article 171, makes a law to align the composition of legislative councils with the third tier of government in order to provide an organic linkage between the two. Other professional interests could be represented through the quota reserved for nomination by the governor.

Such a restructuring would not only add value to the deliberations of legislative councils, as envisaged by the framers of the Constitution, but also persuade more states to come forward to establish them. It would also, perhaps, make for greater permanence of these bodies.