The bench was hearing a plea by the NGO Citizens for Green Doon which had raised environmental concerns regarding the Chardham highway project. 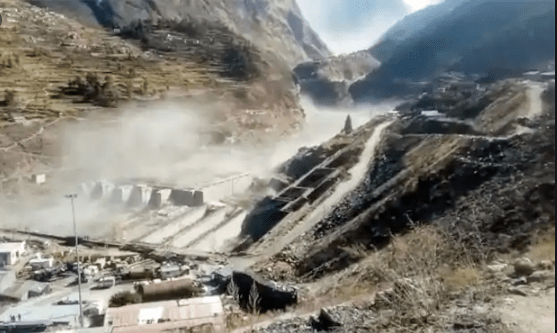 The Central government on Wednesday has submitted before the Supreme Court that the Char Dham Road Project had nothing to do with the recent disaster in the Rishi Ganga Valley in Uttarakhand.

The bench comprising Justices R.F. Nariman, Hemant gupta and B.R. Gavai was hearing a plea by the NGO Citizens for Green Doon which had raised environmental concerns regarding the Chardham highway project.

The bench had earlier constituted a high-powered committee to monitor the project and to consider the applications including that of the Ministry of Defence seeking widening of roads up to 7 metres in the Indo-China border area. The committee has attributed the glacial burst, which triggered a flood on the Rishiganga river in Uttarakhand’s Chamoli to the said project.

The Court has adjourned the matter for 2 weeks and directed the Ministry of Defence to file its response within the said period.

The Chardham highway project which stretches  for about 900km aims to provide all-weather connectivity to four holy towns — Yamunotri, Gangotri, Kedarnath and Badrinath in Uttarakhand.

On February 7, 2021, flash floods in Uttarakhand destroyed more than 10 villages. The cause of the flash floods is said to be due to the bursting of a glacial lake which was apparently triggered by a landslide.