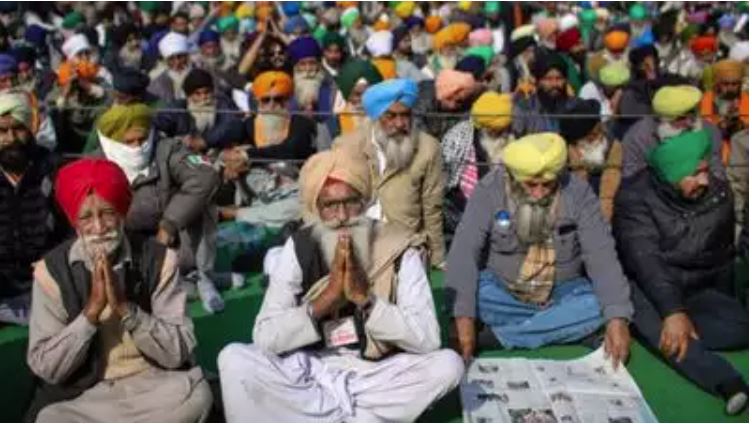 The Supreme Court on Thursday said the farmers protesting outside Delhi have every right to protest but they can’t hold the capital hostage. The bench comprising Chief Justice S.A. Bobde, Justices V. Ramasubramanian and A.S. Bopanna heard petitions seeking the removal of protesting farmers camping at Delhi’s borders against the Centre’s farm laws.

The court said it could refer the matter to a vacation bench and asked the Central government not to take any action to implement the law until the court’s final hearing. To this, Attorney General K.K. Venugopal said he will get back after consulting the government.

Earlier on Wednesday, the Supreme Court had asked the Centre to form a panel with the farmer groups, government officials and other stakeholders to resolve the deadlock.

Former Union Minister P. Chidambaram, who was representing the Delhi government, said the government had made so many amendments in the law while the farmers have not accepted the original law. He also suggested making a new law and discussing it in the Parliament.

Appearing for the government, Attorney General K.K. Venugopal said he will get back to the court on the request of the CJI if the laws can be withheld. The bench had also suggested the Central government to form a committee with farmers’ union representatives and other stakeholders to resolve the issue.

Considering the rights of the protesting farmers, Chief Justice Bobde said the matter pertaining to challenge of three laws will have to wait. There is no question of balancing or curtailing it but it should not damage anyone’s life or property.

Senior Advocate Harish Salve, counsel for the petitioners, said protests cannot be just for the sake of protest but for articulating their point of view. He said the farmers have the right to protest against the law but the lives of millions of people are at stake because of price rise (due to the blockade at the border) that has resulted in an irreparable loss. Salve said if there is any damage to public property, there has to be a declaration by the person organising the protest to compensate the government.

The Court said the farmers have the right to protest and no one is going to interfere. The protest should have a purpose that must be fulfilled by talking to someone. The people simply cannot sit in protest for years.

The Chief Justice told the representatives of a splinter group of the Bharatiya Kisan Union, who were in court, that the country understood the plight of farmers and is sympathetic to their cause but they have to alter the way it is going.