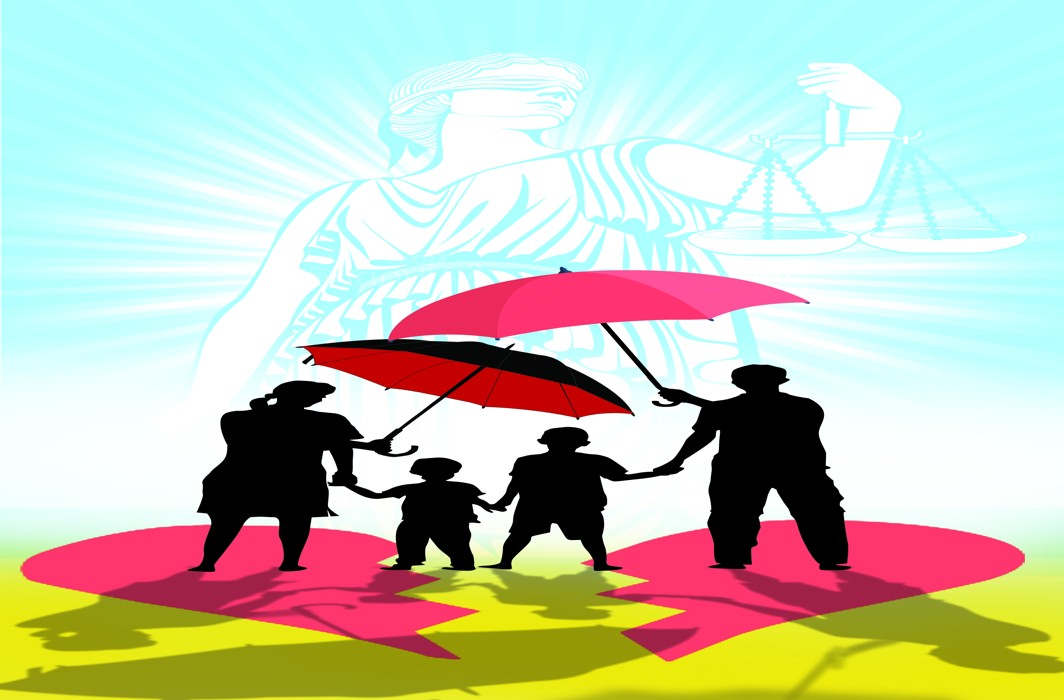 In a progressive move, the Supreme Court has asked the centre to respond to the issue of shared parenting of a child in cases of separated or divorced parents. This could be balm for those from broken homes

When a couple goes on the warpath that leads to separation or divorce, it is the children who pay the heaviest price as they are shattered when the court tells them to go with the parent whom he or she deems best. Can there be a system where they are able to take shelter under a joint parenting system so that they can live with both at different periods of time and feel more secure and complete?

When a plea filed by Save Child India Foundation, an NGO, came up before the Supreme Court asking it to issue directions that would take the interests of the child into account when parents are warring and living apart, the Court did not want to hear it. It felt that it was a matter that the government must consider by making appropriate laws that would make joint parenthood possible and it was for the Parliament to do that. But later, a bench of Justices SA Bobde and BR Gavai agreed to hear the plea. The bench asked the centre to respond to the issue of shared parenting of a child in cases of separated or divorced parents.

The plea wanted the Court to ask child welfare committees and family courts to consider the importance of shared parenting in cases of marital disputes or divorce so that children do not suffer. As divorce rates are spiralling, children are the most affected, it said.

The plea voiced an oft-repeated fear that the trauma of parents separating would destroy not only the child’s present but also his future as his overall mental development and health would be affected.

The plea made some salient points:

Currently, most courts hearing divorce cases end up granting custody of the child to the mother, especially if it is a girl. The father stands a better chance of getting custody if it is a boy and can prove to the court that the mother is incapable of looking after the child. Granting custody to one parent may not be the best idea as it may not go well with the child who might miss out on the emotional security that the other parent provided. Non-custodial parents ultimately end up getting visitation rights. This also deprives that parent of playing an effective parental role. Child psychologists say that alienating a child from one parent may affect his mental health, academic performance and induce violent or criminal behaviour and, in adulthood, affect his own marital life.

Sudeshna Saha, a Delhi-based marketing professional, told India Legal: “Joint parenting is a good idea if both the father and the mother dote on the child and are mature and separated in an amicable manner. But, in most cases, this does not happen as there is domestic violence, ill-treatment of the child and serious compatibility issues in the divorce case. It will not be a happy situation for the child. The courts also need to ask the child what he or she wants before deciding on joint parenting. It should not be forced on him or her.” Saha is currently fighting a divorce case and the court has granted visitation rights to her husband to meet their daughter twice in a month and also spend half her vacation with him. He has been accused of domestic violence and other complaints.

What is crucial is that the child should be asked if he or she is comfortable with joint parenting. Many children would be devastated if forced to spend time or live with an abusive parent who had earlier scarred them.

Four years ago, the Law Commission headed by Justice AP Shah, retired chief justice of the Delhi High Court, had called for an amendment to the Hindu Minority and Guardianship Act, 1956, and detailed the conditions that could be considered before deciding the option of joint parenting. Some of the guidelines suggested were:

Back in April 2016, a Supreme Court bench of Justices Kurian Joseph and Rohinton Nariman had remarked that a child needed both the father and mother while hearing a plea by a separated couple over the custody of their young daughter.

The Court said that it impacted a child psychologically when parents separated. Justice Kurian Joseph had observed that: “We want to remind both the father and the mother that they may fight endlessly, but in the process the one person who is sandwiched, disturbed, pained, shocked and spoiled is their daughter.”

Mumbai-based psychiatrist Dr Dayal Mirchandani told India Legal: “Ideally, joint parenting is the best option. But often, there are many conflicts that a couple goes through and continues to do so even after divorce. If both or one of them has remarried or one has moved to another city, it further complicates the issue and joint custody becomes a problem. Every case has to be looked at differently. One blanket law may not help further the interests of the child. Often, the child becomes hostage as one parent rubbishes the other. The legal system is also patriarchal and courts often do not even grant enough money as alimony to the mother. Child protection services need to keep a constant tab on how the children are treated by both the parents. Joint parenting is a nice idea only if it works.”

Dr Manish Kansal, a Delhi-based psychiatrist, too said: “Joint parenting is always good for the child. There are differences between the parents but that should not be the reason for their innocent children to suffer. Hope it works out after a new law comes out.”

Research from Sweden indicates that young children who enjoy equal shared parenting have a level of well-being that is as good as children coming from intact families. On the other hand, parents and teachers have observed psychological problems in children living with one parent.

In Norway, a study involving over 7,000 teenagers aged between 16 and 19 years did not show significant differences between those living in equal shared parenting or nuclear families in terms of their physical health, emotions and social behaviour. Clearly, shared parenting has its advantages. But, it has to be looked at on a case by case basis as the circumstances in India are varied and complicated.

The United Nations Convention on the Rights of the Child, 1989, and the European Union Charter of Fundamental Rights, 2011, mandate that children should be allowed to maintain meaningful relationships with both parents.

In India, the apex court seems to be moving in the same direction. It could be balm for many young, hurt souls.