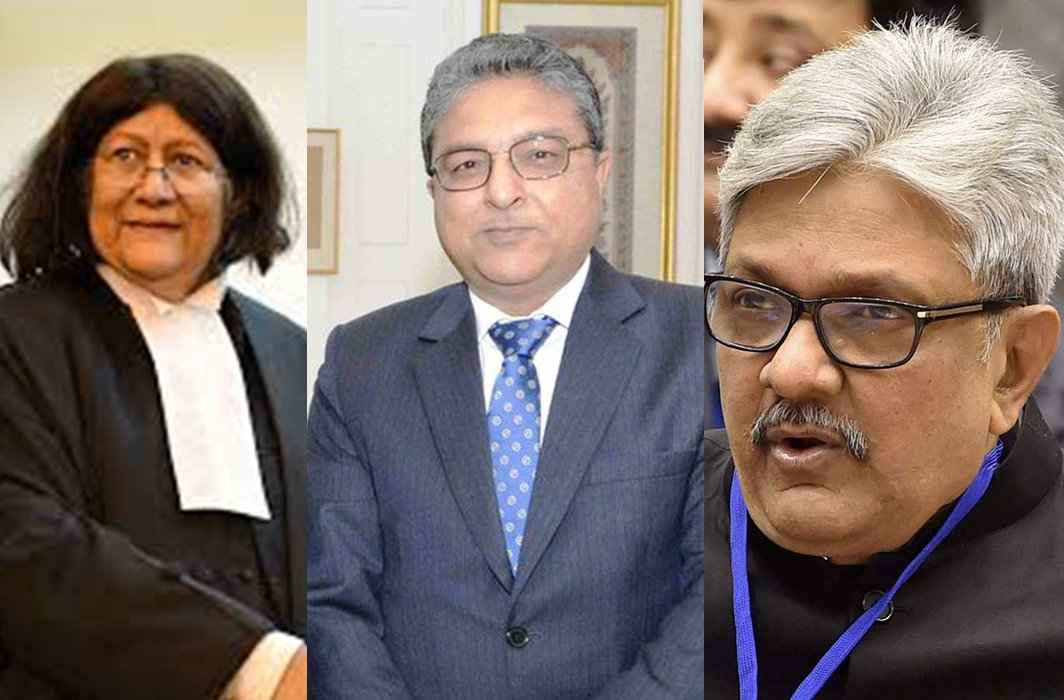 The eight-month-long turf war between the Judiciary and the Executive over the appointment of judges in the higher judiciary ended last week with the elevation of three High Court chief justices as judges of the Supreme Court. With this, the total strength of judges in the apex court has gone up to 25, against the sanctioned strength of 31.These are the new judges:

Justice Indira Banerjee was born on September 24, 1957, and did her schooling at Loreto House in Kolkata. She pursued higher education from Presidency College, Kolkata, and Calcutta University’s College of Law. She was enrolled as an advocate on July 5, 1985, and practised extensively on the Original and Appellate Sides of the Calcutta High Court.

Indira Banerjee was appointed as a permanent judge of the Calcutta High Court on February 5, 2002, and was transferred to Delhi High Court on August 8, 2016. She was elevated as the chief justice of the Madras High Court on April 5, 2017.

She was sworn in as a judge of the Supreme Court of India on August 7, 2018. She will be the third woman judge in the Supreme Court, the other two being Justice R Banumathi and Justice Indu Malhotra.

As the Chief Justice of Madras High Court, Justice Banerjee had to recently deal with the disqualification of AIADMK MLAs by the Speaker of the Tamil Nadu Legislative Assembly. She delivered a dissenting opinion. Justice Banerjee delivered yet another dissenting judgment in the case concerning the validity of TRAI Regulations. In October 2017, she authored a judgment, laying down detailed guidelines for recording of statements under Section 164 CrPC and conduct of test identification parade.

Justice Kuttiyil Mathew Joseph was born on June 17, 1958, in Kochi, Kerala. He studied at Loyola College, Chennai, and Government Law College, Ernakulam. He enrolled as an ad­vocate on January 12,  1982, and started practicing at Delhi High Court. He later shifted his practice to the High Court of Kerala, Ernakulum. He was appointed as a permanent judge to the Kerala High Court on October 14, 2004, and on July 31, 2014, he was appointed as chief justice of Uttarakhand, before being made a judge of the Supreme Court. He is the son of the late Justice KK Mathew, a judge of the Supreme Court.

The most debated judgment of Justice Joseph is the one which quashed the imposition of President’s Rule in Uttarakhand in 2016. The imposition of President’s Rule was termed “unwarranted”. The judgment riled the government at the centre and it was widely believed to be the reason for the government and the judiciary engaging in a battle for eight months.