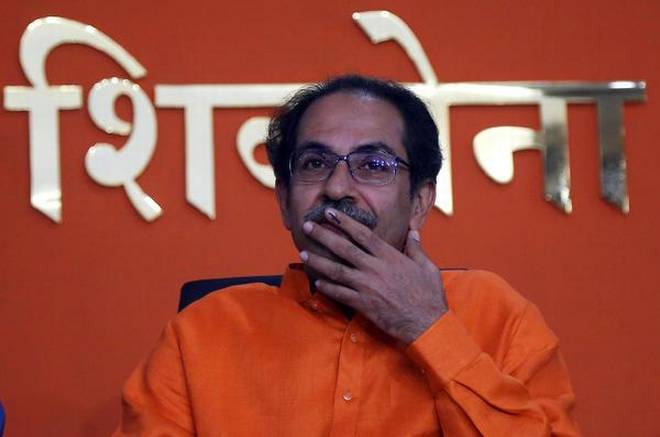 The political crisis in Maharashtra took a new turn on Wednesday, as the Supreme Court refused to stay the June 30 Floor Test in Maharashtra Assembly, stating that the result of this Floor Test will be subject to the final outcome of the petition before the Court.

The Supreme Court decision was followed by another big move by Chief Minister Uddhav Thackeray, who resigned soon after.

The Vacation Bench of Justice Surya Kant and Justice J.B. Pardiwala refused to interfere with Governor B.S. Koshiyari’s direction to the Shiv Sena-NCP-Congress regime to prove its majority in the Maharashtra Assembly on June 30 with voting at 5 pm.

The Apex Court also allowed jailed MLAs Nawab Malik and Anil Deshmukh to participate in the Floor test in the Special Session of Maharashtra Vidhan Sabha tomorrow. Since they are in judicial custody in cases registered by the ED and CBI, both the agencies were directed to escort them to the Vidhan Sabha hall and bring them back, after the proceedings got over.

Senior Advocate Maninder Singh, appearing for the rebel MLAs, said that whenever the Supreme Court has sat this late, it was never to stop a Floor test, but to conduct one. It was for the first time that a request has been made for stopping a Floor Test.

The Counsel representing Eknath Shinde said, “We are not leaving the Shiv Sena today, but we are Shiv Sena. We have 39 out of 55 Shiv Sena MLAs with us. Shiv Sena has 16.

He said, “The letter which tells us about the Floor test, it says on June 28, the Opposition leader met the Governor and this morning, we received the intimation about the Floor test tomorrow. As a matter of fact, two NCP MLAs are down with Covid, while one Congress MLA is abroad.

“TA Floor test is supposed to find out the true majority. A true majority will include those eligible to be included.

“It is akin to saying Election Commission holding election saying that the electorate will include dead people or people who have moved out. If it is done without determining if A,B, C D are disqualified, the pool in which the Floor test will be held will change.

“The size of the pool will depend on whether people have committed the Constitutional sin of defection. If the Court is to dismiss the petition of Eknath Shinde, but everybody has voted tomorrow, and the decision on who can vote is dependent on Court’s decision on July 11.

“Will it not amount to putting the cart before the horse, if voting is allowed to proceed without determining who all are eligible to vote? Everyone knows the Court is seized of the matter.

“Governor, with due respect to him, cannot short circuit and render irrelevant this Court’s proceedings and the eventual proceedings of the Speaker.

Justice Kant said, “How will the questions become irrelevant?”

Singhvi said, “Suppose the writ petition is dismissed and Speaker holds them disqualified, how will the Court reverse tomorrow’s Floor test?”

Justice Kant said, “Is there a minimum time for floor test? Is there a constitutional bar in holding a fresh floor test?

Justice Kant asked, “Is there a constitutional provision?”

Singhvi then said, “I will get back to your lordships query. Normally, the vote of confidence can’t be held without six months interval. Look at the balance of convenience the other way round.

Singhvi replied, “It is directly interrelated. The Court has held that disqualification once found by Speaker, relates back to the date of disqualification. These MLAs would stand disqualified on June 21, when they complained to Speaker. So, they cannot be treated as members from that date. The Court might be allowing people who are disqualified from June 21 to vote.

Justice Kant said, “There are two situations. One where Speaker has actually passed the orders and they are pending judicial review. The other is where Speaker initiated the process and some one has approached the Court questioning the competence of Speaker. Is it your case that in the second situation the disqualification is deemed to have happened?

The Supreme Court then observed, “You cannot have it both ways. 10th schedule represents a Constitutional Sin. We are all unanimous that 10th schedule is a robust provision and that we should strengthen it.
Singhvi said, “The Speaker would have decided this way or that way. It would have been with effect from June 21/22. They cannot be treated as Members from inception. This is a cart before horse situation.

Justice Kant then replied, “This Court extended time in the exceptional circumstance that the petitioners have sent a letter that the Deputy Speaker is not entitled to hold the office and that you have lost majority. In that circumstance, the order was passed.”

Singhvi said, “The fact that a decision in that regard may be taken in the case of voluntary giving up by the Speaker at a subsequent point of time, cannot and does not postpone the incurring of disqualification by the act of the Legislator.

“The fact that in terms of paragraph 6 of decision on the question has to be taken by the Speaker or the Chairman, cannot lead to a conclusion that the question has to be determined only with reference to the date of decision of the Speaker. If the Speaker was allowed to decide, these people who are going to vote tomorrow, are not members. This cuts at the root of the democracy. These people cannot be allowed to swim in the pool, that too in an irreversible manner.

Singhvi read the letter given by 34 rebel MLAs to the Governor. “This itself amounts to giving up membership, as per the SC decision.” He referred to the Ravi Naik decision and said, “A person to give up membership does not need to say it expressly.

“Even in the absence of a formal resignation from membership, an inference can be drawn from the conduct of a member that he has voluntarily given up his membership of the political party to which he belongs,” he quoted from the Ravi Naik decision.

“The act of giving a letter requesting the Governor to call upon the leader of the other side to form a Government, itself would amount to an act of voluntarily giving up the membership of the party,” Singhvi quoted from Rajendra Singh Rana decision.

In his petition, Prabhu termed the Governor’s decision of calling for Floor Test as illegal, as he did not take into account the Deputy Speaker’s disqualification notice to 16 of 39 rebel MLAs. He said none of the 39 MLAs wrote to the Governor, withdrawing support to the Maha Vikas Aghadi (MVA) government in Maharashtra.

Prabhu alleged that the Floor Test decision has been taken “on the ‘aid and advice of the Leader of Opposition’, which was not contemplated under the Constitution”.

He said the Governor called for Floor Test after meeting BJP leader Devendra Fadnavis and without seeking the response of Chief Minister Uddhav Thackeray.

The petition said, “The directions (by the Governor) ought not to have been issued without the aid and advice of the Council of Ministers led by the Chief Minister.

Prabhu said the Governor should have shown deference to the pending proceedings before the Supreme Court, which was seized of the issue relating to disqualification notices to 15 rebel MLAs and not called for floor test.

The Sena chief whip said though Floor Test was a constitutional mandate to ascertain who enjoyed majority in the House in a democracy founded on the rule of majority, it was also equally important to weed out those MLAs guilty of defection under Tenth Schedule of the Constitution.

Prabhu said, “An equally concomitant consideration under the Tenth Schedule is to identify those who are entitled to vote or be part of the Assembly. A person who commits the ‘constitutional sin of defection’ alloses his membership on the date of commission of sin of defection.”

Prabhu said that allowing Floor Test would mean making the Tenth Schedule a dead letter and allowing the rebel MLAs to reap the ill-gotten fruits of defection. He pleaded that till the Deputy Speaker decided on disqualification of rebel MLAs, there should not be a Floor Test.

Justice Kant asked, “Why should we suspect Governor’s satisfaction?”
Singhvi replied, “There is no case where a disqualification proceeding is interdicted by the Court and the floor test is announced immediately.
Justice Kant said, “Suppose, in a hypothetical situation, a Government knows it has lost majority, and it has used the Speaker to issue disqualification notices, what should the Governor do? Can he exercise his discretion?
Singhvi replied, “The Governor could not or did not attempt any verification. He recovered from Covid-19 just two days ago. We wish him good health. The resolution sent to the Speaker was rejected as the authenticity is not verified and it was sent from unverified email.

“These people go to Surat and then to Guwahati after sending an unverified email that they have no trust in Speaker. This is misuse of Nabia judgment, to disable the Speaker from exercising 10th schedule power.
“While it is waiting for adjudication before the Court, how can the Governor, who just recovered from Covid-19, after a meeting with the Leader of Opposition, ask for Floor test the next day? Will it not blow the 10th Schedule to smithereens?

“People who have changed sides and defected, cannot represent the will of the people. Can’t the Governor trust the Court to not call a Floor test tomorrow? Will heavens fall if there is no floor test tomorrow?,” he said.