A bench of Justices L. Nageshwara Rao and Ravindra Bhat set aside the order of the Meghalaya High Court order dismissing her plea to quash criminal proceedings. 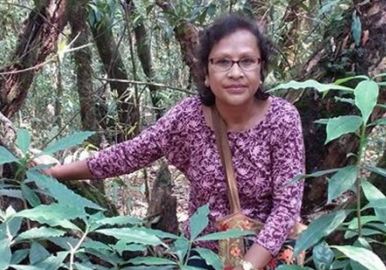 The Supreme Court on Thursday quashed the FIR against Shillong Times journalist Patricia Mukhim for her Facebook post condemning atrocities on non-tribals in Shillong.

A bench of Justices L. Nageshwara Rao and Ravindra Bhat set aside the order of the Meghalaya High Court order dismissing her plea to quash criminal proceedings.

The criminal proceedings were pertaining to a Facebook post published by Mukhim seeking action by the State against an attack on some non-tribal boys in Meghalaya.

Mukhim, who is also the editor of the Shillong Times, alleged that she was being persecuted for speaking the truth and seeking enforcement of the rule of law against perpetrators of hate crime, in exercise of her fundamental right as guaranteed under Article 19 (1)(a) of the Constitution of India.

A case was filed against Mukhim alleging the commission of offences under Sections 153-A (promoting enmity between different groups on grounds of religion, race, place of birth, residence, language, etc), 500 (punishment for defamation) and 505 (statements conducing to public mischief) of the Indian Penal Code.

The plea contended that the offences under Section 500 and 505C IPC, being non-cognizable, could not be investigated and prosecuted through the registration of an FIR in view of the statutory bar against such prosecution; the proceedings against the petitioner stood on a single limb – section 153A IPC, which, the petitioner said, was not made out against her.

Section 153A IPC could not be invoked in the absence of men’s real (intent), the petitioner argued.

The petition further read, “The letter and spirit of the petitioner’s Facebook post can by no stretch of imagination be read as disclosing a malicious intent to incite disharmony, hate or ill-will between groups”.

The incident took place in July 2020 when six non-tribal boys of Shillong had gone to Lawsohtun (suburb) to play basketball and were assaulted by some 25 unidentified boys assaulted them with iron rods and sticks, grievously injuring some.

Condemning the violence on the non-tribal youths, Mukhim, on July 4, 2020, appealed to the State authorities and administration to take stringent action as per law against the culprits.

Did you find apk for android? You can find new Free Android Games and apps.
Share
Facebook
Twitter
Pinterest
WhatsApp
Previous articleDelhi water supply: Supreme Court issues notice to Punjab, Haryana and Bhakra Beas Management Board
Next articleSupreme Court says it will lay down guidelines for appointment of ad-hoc judges in High Courts