ounsel for the West Bengal government informed the Apex Court that the high court has stayed any proceedings in the criminal cases registered against Shuvendu Adhikari. 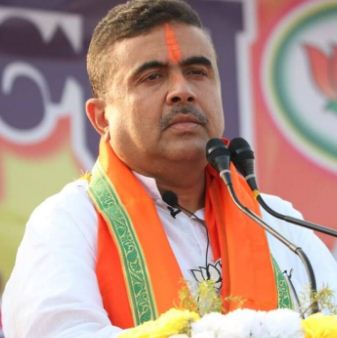 The Supreme Court on Monday refused to entertain the West Bengal government’s appeal challenging the Calcutta High Court decision to protect BJP leader Suvendu Adhikari from arrest in any of the seven cases registered against him after he switched from the Trinamool Congress to the BJP and went on to defeat Mamata Banerjee in the Assembly elections.

The Division Bench of Justices D.Y. Chandrachud and A.S. Bopanna observed that it is open for the state to file a counter-affidavit before the High Court and seek an expeditious hearing.

The Bench said that the observation of the High Court prima facie is in support of an interim stay granted, and it was not inclined to use the Supreme Court’s special powers under Article 136.

The Bench also clarified that it would not opine on the merits of the case. However, the Supreme Court asked the High Court to hear the matter at the earliest and settle the matter.

The West Bengal government counsel Kalyan Bandopadhyay termed the High Court order as unprecedented as it granted protection in all cases, present and future, Suvendu Adhikari’s counsel said it is a case of regime revenge.

In this case, on behalf of the Government of West Bengal, the Supreme Court was told that the Calcutta High Court has prohibited any action on criminal cases registered against Suvendu Adhikari. Due to the order of the High Court, investigation in this matter cannot even be done.

Suvendu Adhikari was accused of hooliganism, gathering an unlawful assembly and violation of Covid-19 guidelines among other things. The State claimed that merely because the complaints were made after he made the switch from TMC to BJP, they cannot be said to be malicious.

The single-judge bench of the Calcutta High Court has banned the state government from taking any action on the criminal cases registered against Suvendu Adhikari.

Challenging this order of the High Court, the West Bengal government had filed a petition in the Supreme Court.